HOME >  Feature Articles >  【Series of Budo Essay vol.2】The Best Way to Learn BUDO: Is It Still Best to Learn It from Japanese Masters？[Second Half]

What Can Be Learned from Japanese BUDO Masters

There are still many things which one can learn only from Japanese masters even when not chosen as a successor. I suggest the following. 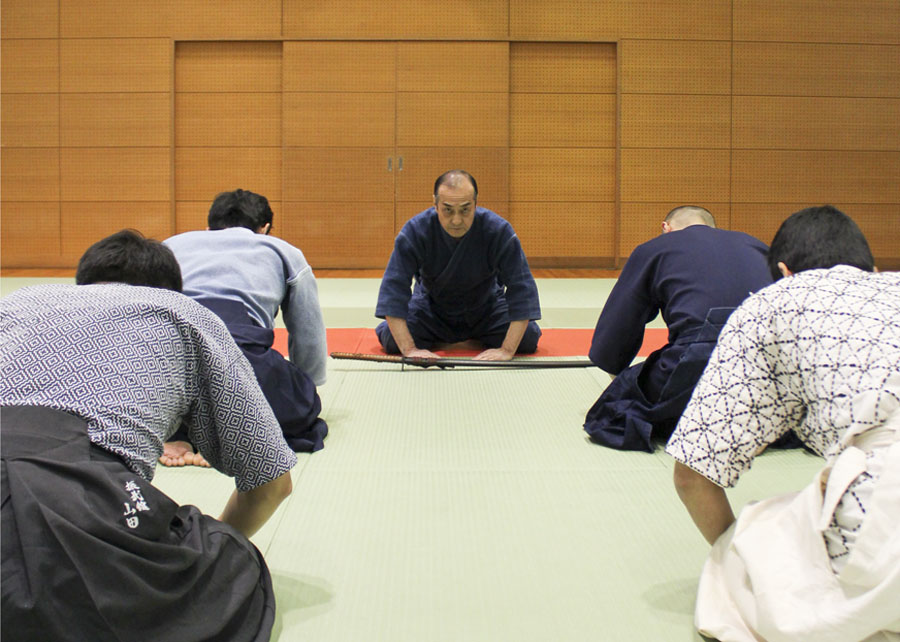 In BUDO, REISESTU is regarded as important as techniques or even more important since it comes from the humanity of a person. In BUDO, highly skilled person without respect or integrity is not regarded as a proper BUDO-ka. BUDO-ka should pay respect to their teachers, colleagues, and students. Even at the end of match, the winner should pay respect to the loser for giving them the opportunity to win. This is often observed at a SUMO match. After every match each opponent bows his head to the other to show honour and appreciation. At the final JUDO match of the 1964 Tokyo Olympics, Mr. Anton Geesink from the Netherlands defeated Mr. Akio Kaminaga from Japan and became the first non-Japanese Judo champion. Immediately after his victory, Dutch supporters started to rush in to celebrate their hero. But with a raise of his hand, Mr. Geesink stopped them from entering the rink. He knew it was not polite and against REISETSU. Due to this and not merely to his success in the match, he has since become respected throughout Japan as a real BUDO-ka.

More recently, a SUMO wrestler from Mongolia has lost respect. This wrestler, who gained the highest rank in SUMO (YOKOZUNA), was actually forced to resign by the SUMO federation. From technical perspective, he was very successful, possibly ranking in the top 10 in modern history. The problem was that he did not display proper manners or show respect to others. Several scandals ended with brutal violence and eventually led to his ejection from the federation. First to blame should be his master and the Sumo federation. His Japanese master could not teach him proper manners and was disrespected after every scandal. The SUMO federation also failed to act appropriately. By hesitating to assign a proper punishment each time, they gave precedence to commercialism and the popularity of the sport over preserving its good tradition. The forced resignation was broadcasted all over the world. In some countries such as Mongolia and the Netherlands where I lived, it was explained that the ejection was because he was too strong and no Japanese opponent could not defeat him. This is far from the truth. Another champion called HAKUHO (white great bird) is also from Mongolia and is highly respected and loved by everybody. He understands and respects the BUDO spirits. The forced resignation affair shows that not every Japanese teacher can provide lessons in proper BUDO. One must choose a teacher with great care. 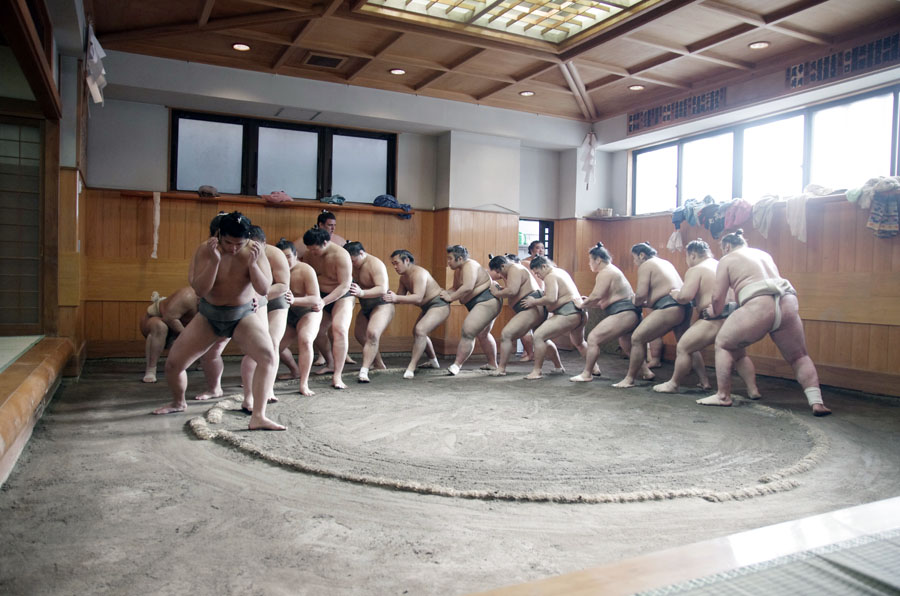 For many BUDO, and especially for Jujutsu which consists of significant know-how, the techniques can not be described by writing nor taught by mass training. Hence, every insight must be explained with hand-to-hand, arm-to-arm training and meaningful verbal explanation. This form of teaching requires students to listen with full awareness. We call this approach to transferring deep know-how KUDEN. From my own experience teaching Aiki Jujutsu Gyakutedo in Europe for 27 years, the real know-how is not transferred properly in most Jujutsu(Jujitsu, so they write and is not correct Japanese words) schools in Europe. In fact, students appear to be learning techniques by looking at photos or watching videos. Jujutsu techniques require a very delicate skill. If one grasps only 1 cm away from the exact point, the technique loses sharpness. If one applies power in a slightly different direction, the desired pain decreases drastically. Every time I show and explain the proper way, which is slightly different but has much bigger effect than other styles, European Jujitsu-ka are always surprised and often shocked. 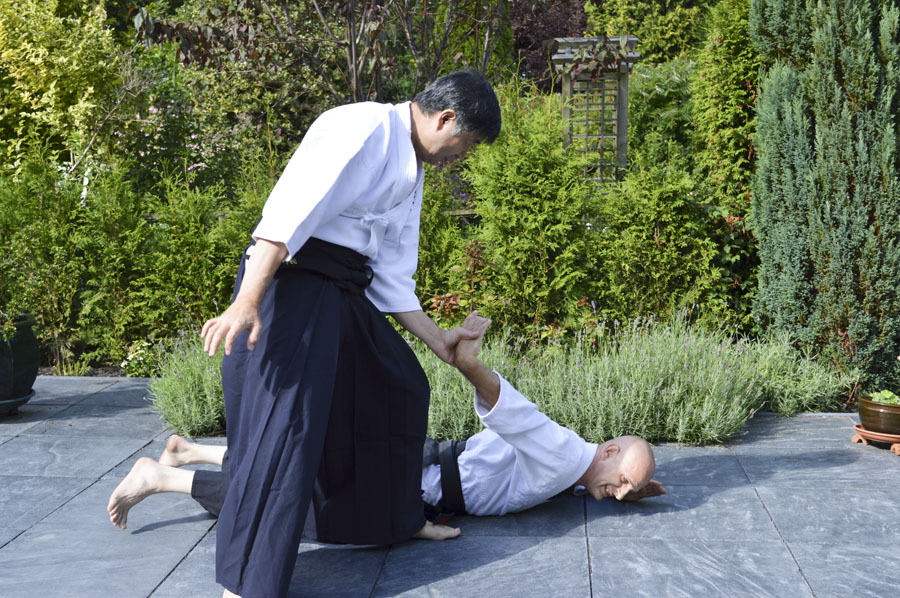 This is the most important thing a student can learn only from Japanese masters. Tradition cannot always be described in detail or put simply in words. Tradition can be expressed in many ways: moving gracefully, walking, turning, teaching, etc. Such a tradition must be felt and not just explained. A good example of a tradition is ZANSHIN which translates as “remaining spirits”. After finishing a KATA in Jujutsu, we should always end with a special posture called ZANSHIN. This means that, after finishing a KATA technique, our fighting mind remains, preparing for any return attack. This is a remarkable point that distinguishes BUDO from other fighting sports. For many fighting sports, the match is over with the final gong, and the winner often gives a victory pose in celebration. This is not allowed in BUDO. We perform ZANSHIN to avoid YUDAN (a careless situation). This concept is rather hard for non-Japanese to understand; so, non-Japanese masters normally do not, or cannot, teach ZANSHIN. 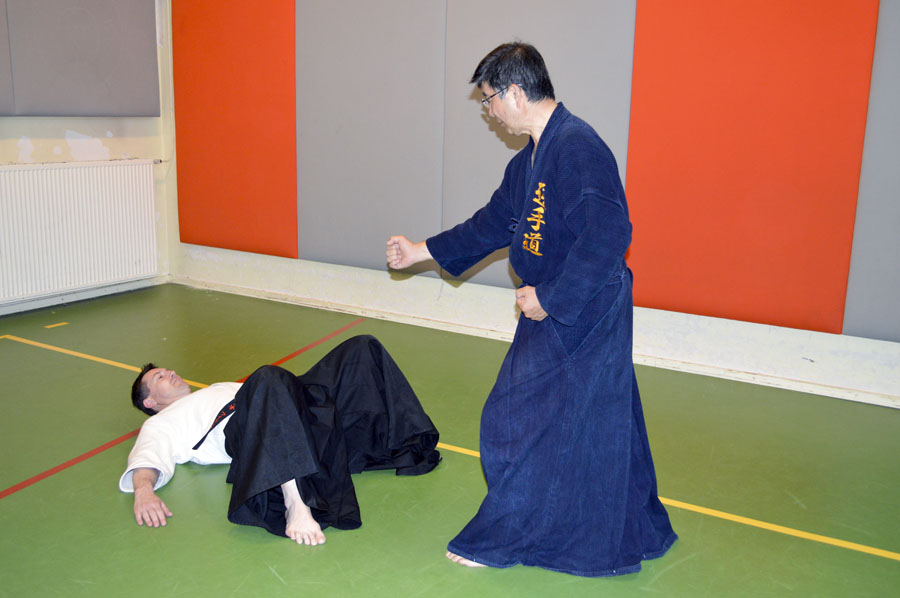 Several years ago in Poland, an Aikido Dan exam was held in Warsaw, and a famous Aikido master from Japan was invited as an examiner. One experienced candidate attempted the exam for his 4th Dan degree but failed. He demonstrated almost every technique successfully, but at no time did he show ZANSHIN. As a result, the master did not grant him the award. Western students surely felt this tradition when they learned BUDO during their training in Japan. Afterward, they may have forgotten it, or they did not have enough experience to transfer that tradition to their students. In general, the main priority of Westerners is mastering physical techniques. They normally do not see the worth of cultivating BUDO tradition. However, spiritual attainment can only be achieved after fully accepting BUDO traditions. I believe that, at this moment, BUDO can be correctly transferred only by Japanese masters, since such teachers pass on its long tradition. If the number of non-Japanese masters, who can transfer that BUDO tradition, grows for several generations, then, perhaps, there will no longer be a difference between the teachings of Japanese and non-Japanese masters. 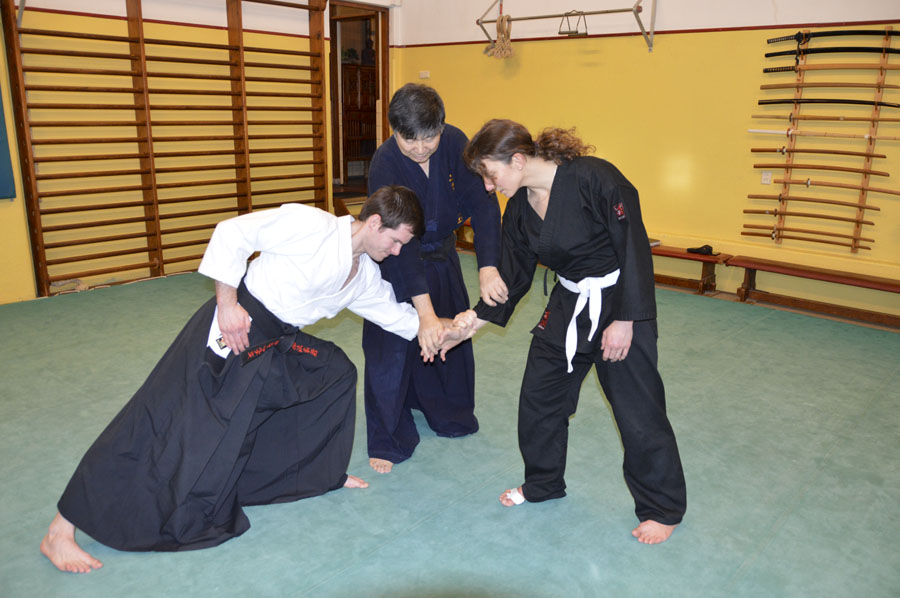 Living in the Netherlands for the past 27 years, I have met around 30 to 40 BUDO masters who have a rank of 4th Dan or higher. Among them, I count only three people who carry the true traditional BUDO spirit. I have found, primarily in Jujutsu, there are numerous so-called experts that I would not call BUDO masters. In the case of Jujutsu, most schools in Europe do not have regular contact with a Japanese Jujutsu organization. In Japan, the number of organizations is few and have no power to go abroad to teach. They struggle to survive due to the lack of students wanting to learn traditional Jujutsu. Fifty years from now, the Jujutsu population in Japan might even be half the current size. European Jujutsu-ka can not be blamed for being disconnected from the organizations in Japan. They are free from control and can do anything they want. Only a few European organizations still seriously consider keeping the traditional ways. The majority have been creating their own Jujitsu, not Jujutsu, focused mostly on power techniques intended for competition. In Judo, the similar thing has been happening worldwide. European Judo has become a competition sport and is no longer BUDO. As this form of Judo is largely a competition sport, its practitioners do not seek spiritual aspects or tradition and thus do not need to learn from Japanese masters. There are many Judo athletes outside Japan who can win international matches, and these people provide sufficient instruction in the competitive techniques. Even in Japan, there is a movement to modify “Japanese Judo” (a strange thing to say) to merge with the world trend so that Japanese Judo will remain strong internationally. This is the wrong approach to take: Judo will lose the very important aspect of BUDO. BUDO is a national treasure of Japan with a tradition of hundreds of years. In the Tokugawa period which lasted for 268 years, people enjoyed peace. SAMURAI trained in BUDO without using it even once in their lives. They asked themselves why they trained in fighting techniques which never saw use, and they came to one conclusion: Jujutsu and Kenjutsu are not for the fight but for cultivating calmness of mind. In this way, BUDO was elevated to an art of cultivating one’s spirit from simple fighting techniques. This is the superiority of BUDO among the multitude of fighting sports or martial arts that have risen all over the world. Yet, at this moment, very few Westerners understand the concept of BUDO. If one wants to master BUDO correctly, one must learn it from the Japanese masters who can teach it.