Since many Bujutsu (fighting systems) were established in Japan, teachers have used KUDEN to transfer the special deep knowledge to their selected students, such as their successors. The Japanese word KUDEN is translated as “verbally transferred knowledge”. For every RYUHA (style) they had special knowledge for almost all techniques and they did not leave this knowledge in writing to keep this knowledge confidential. The teachers taught this knowledge verbally, only to the selected students whom they thought they could trust. In this way they tried to keep the purity of their RYUHA and transfer it to future generations.

This technique is a typical basic Jujutsu technique and it requires special know-how to utilize it in a practical way. Without understanding such know-how, this technique can never be used in a real situation. People cannot perform this technique correctly who only copy a real masters’ movement by just watching video, without receiving proper know-how.

Hereby, I will show how this Sotomaki Nuki technique is performed without correct know-how. 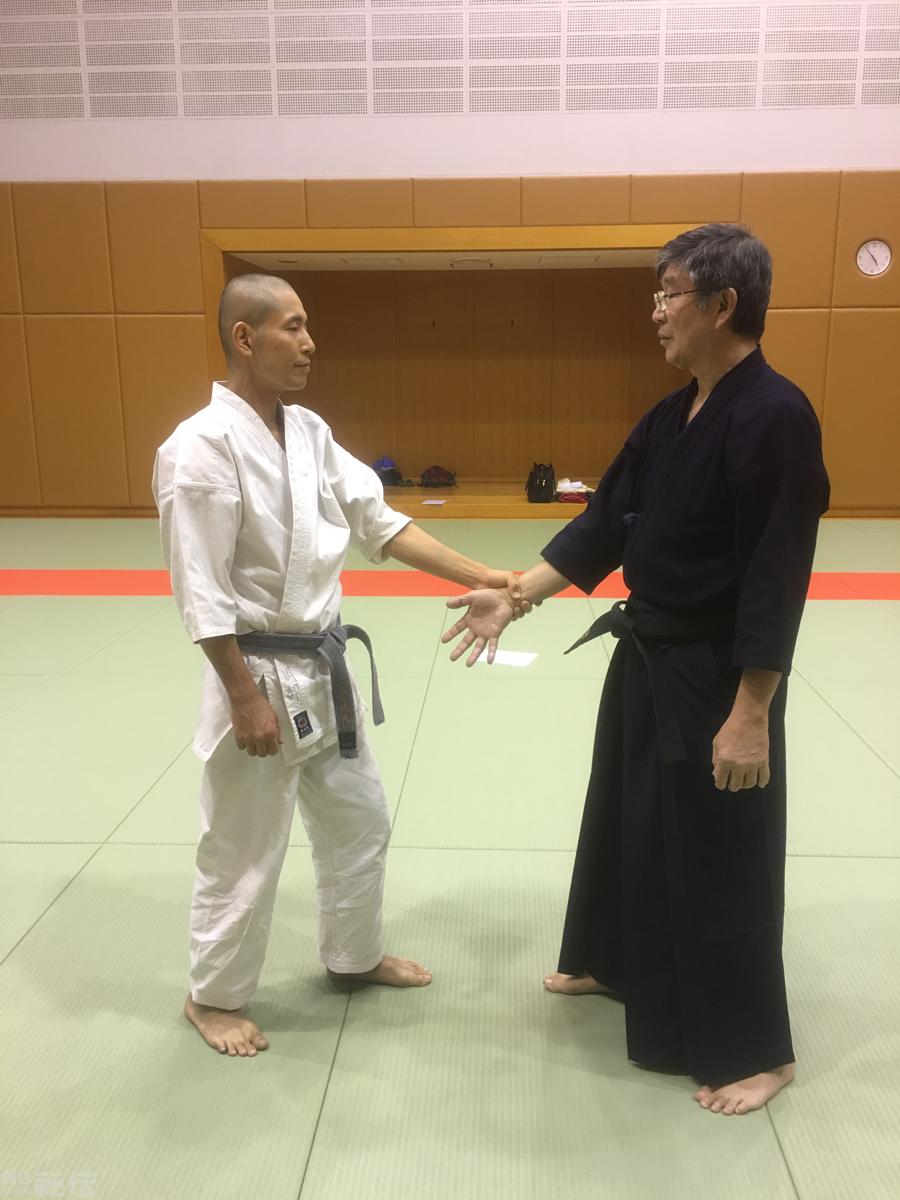 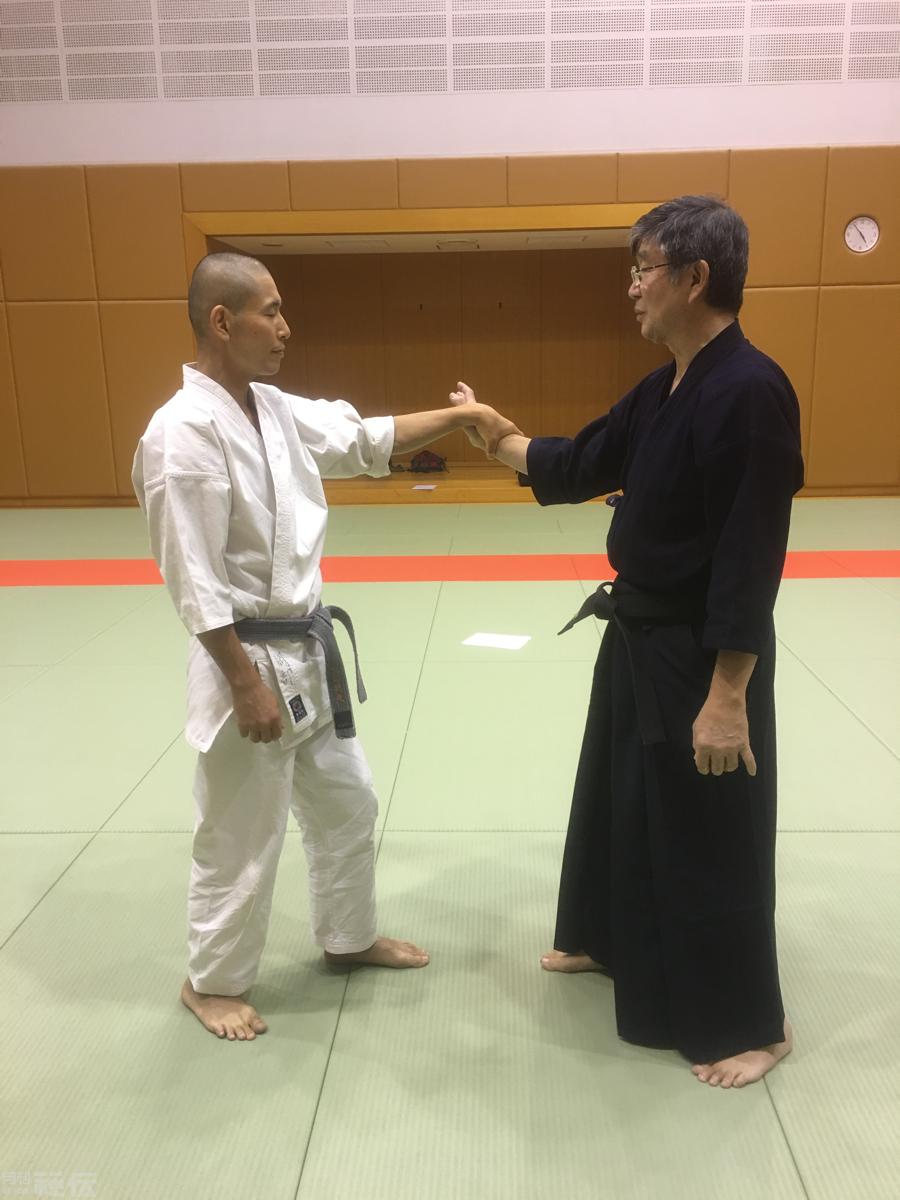 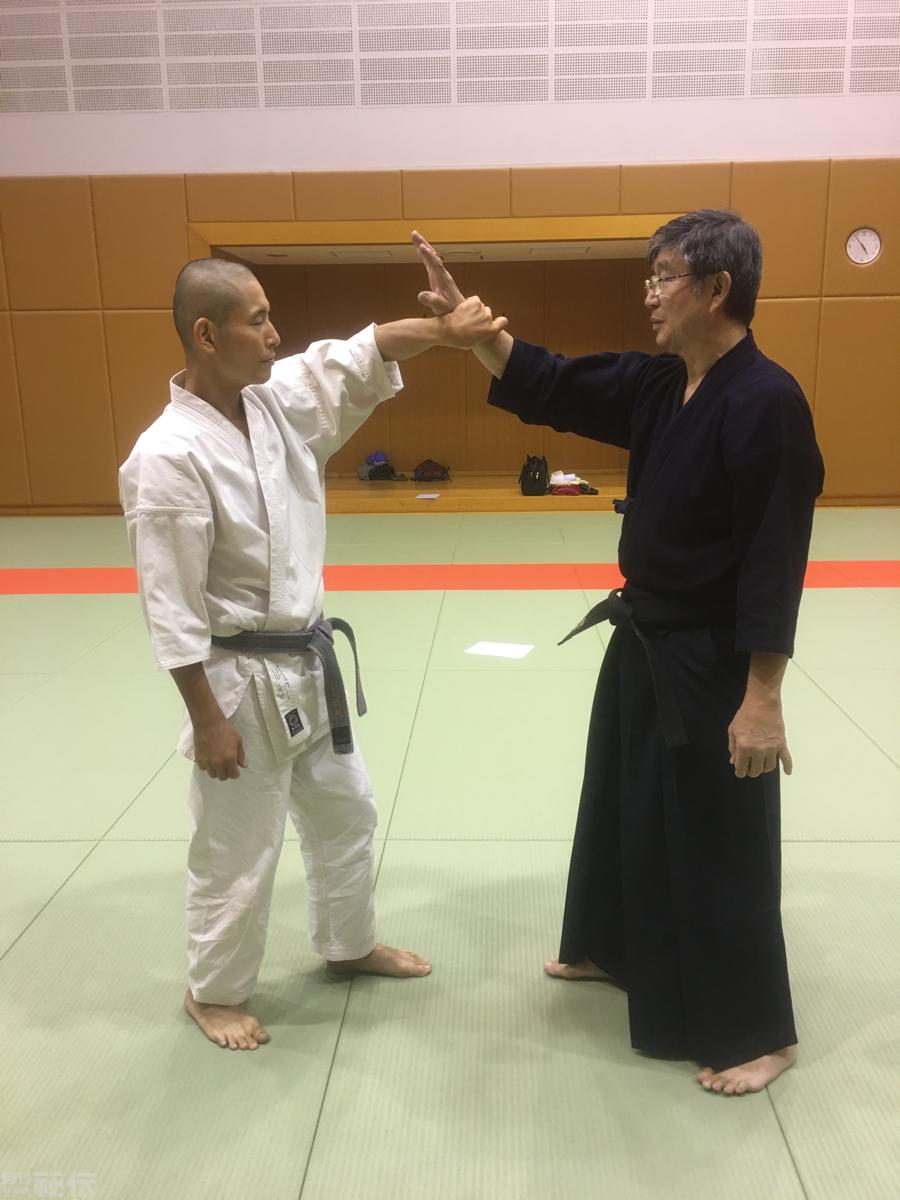 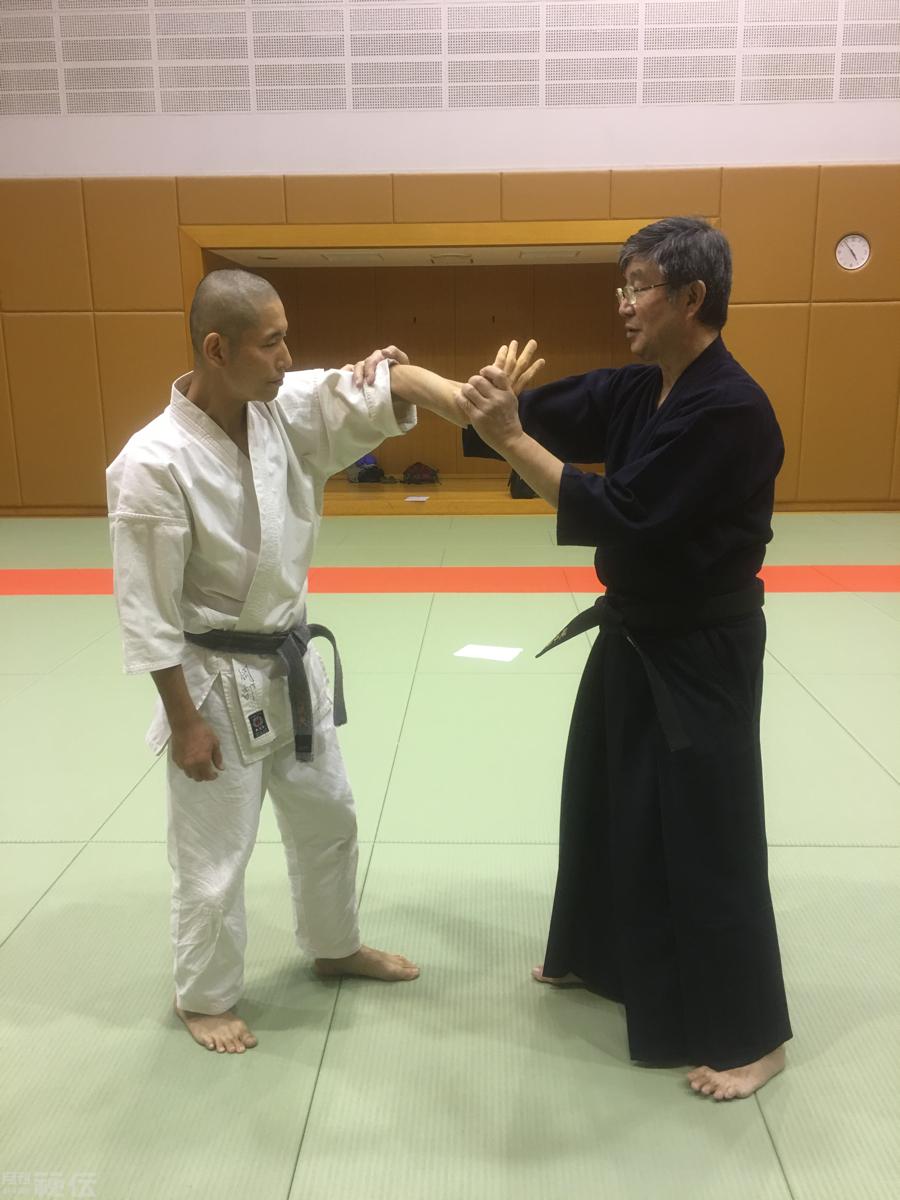 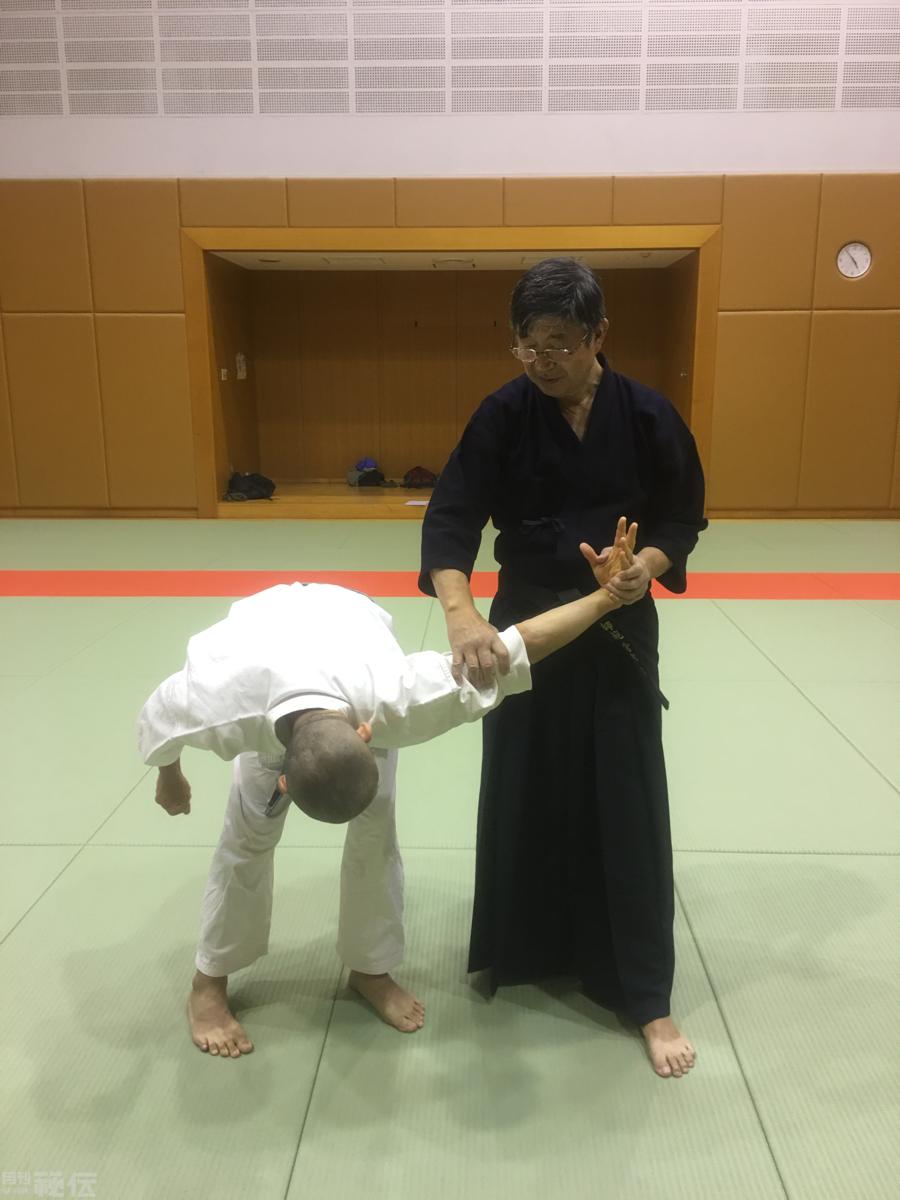 Why this is wrong

In this case, if A holds D’s right wrist strongly D cannot move up his right hand/arm at all, as shown in Fig-.6. D can move up his grasped arm only by the specified know-how.

How to realise this Nuki (release)

D has to use sophisticated Taisabaki 体捌き (body movement) to move up his strongly grasped right wrist and arm. 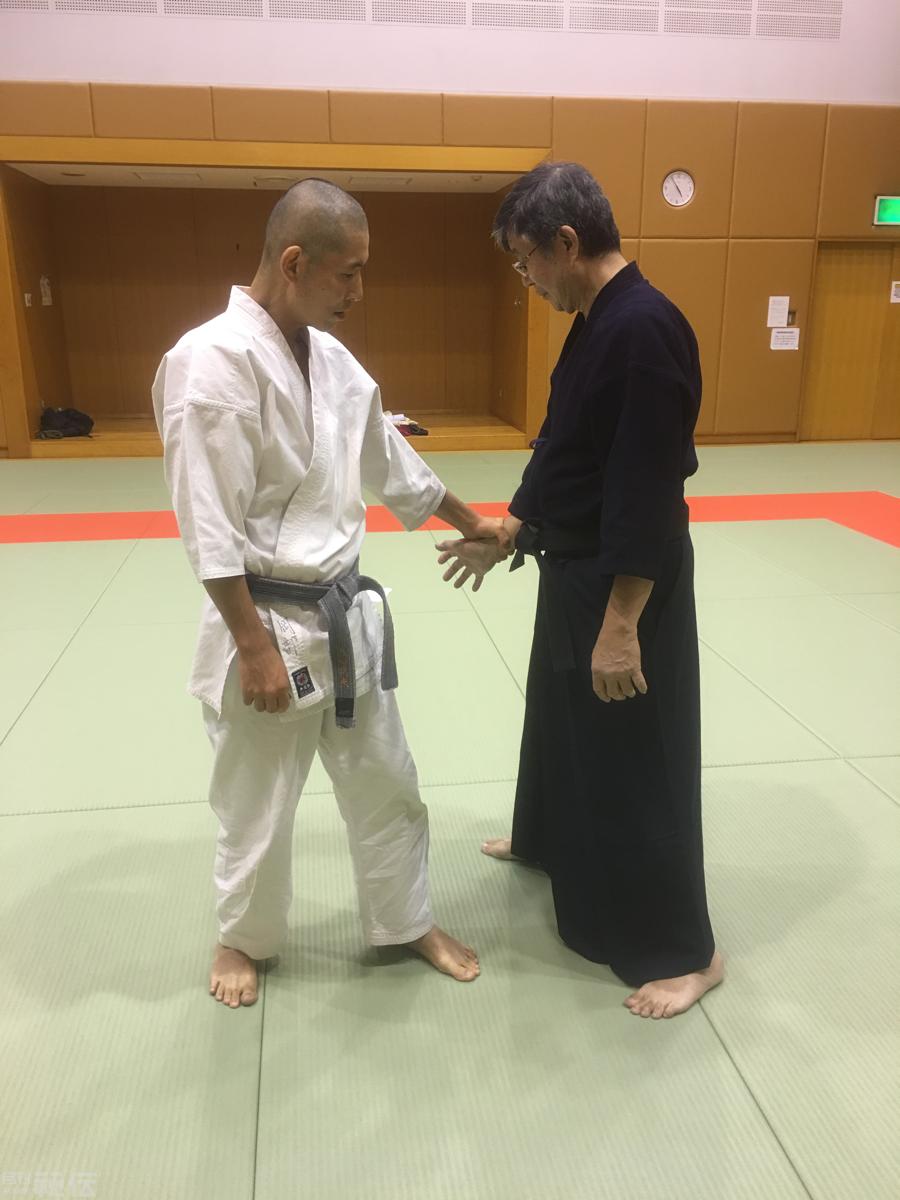 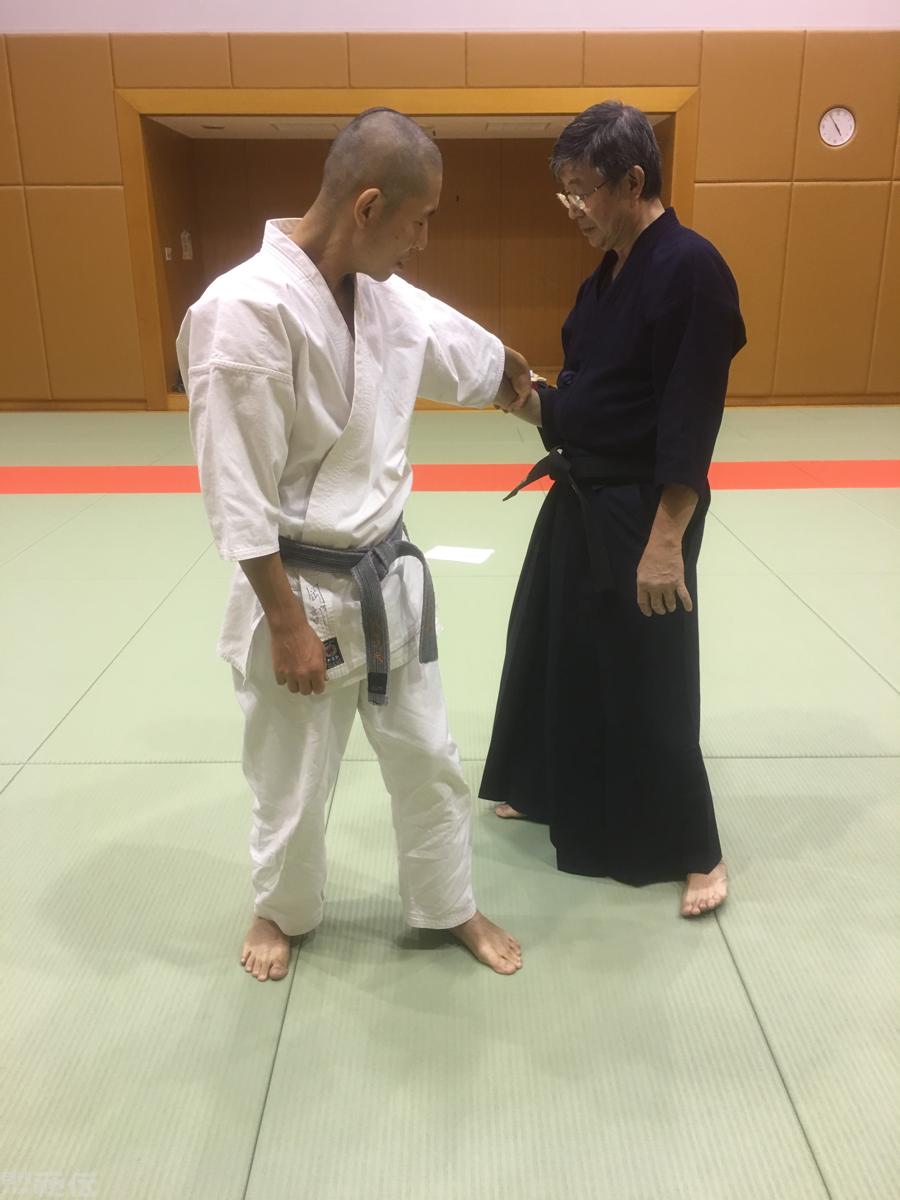 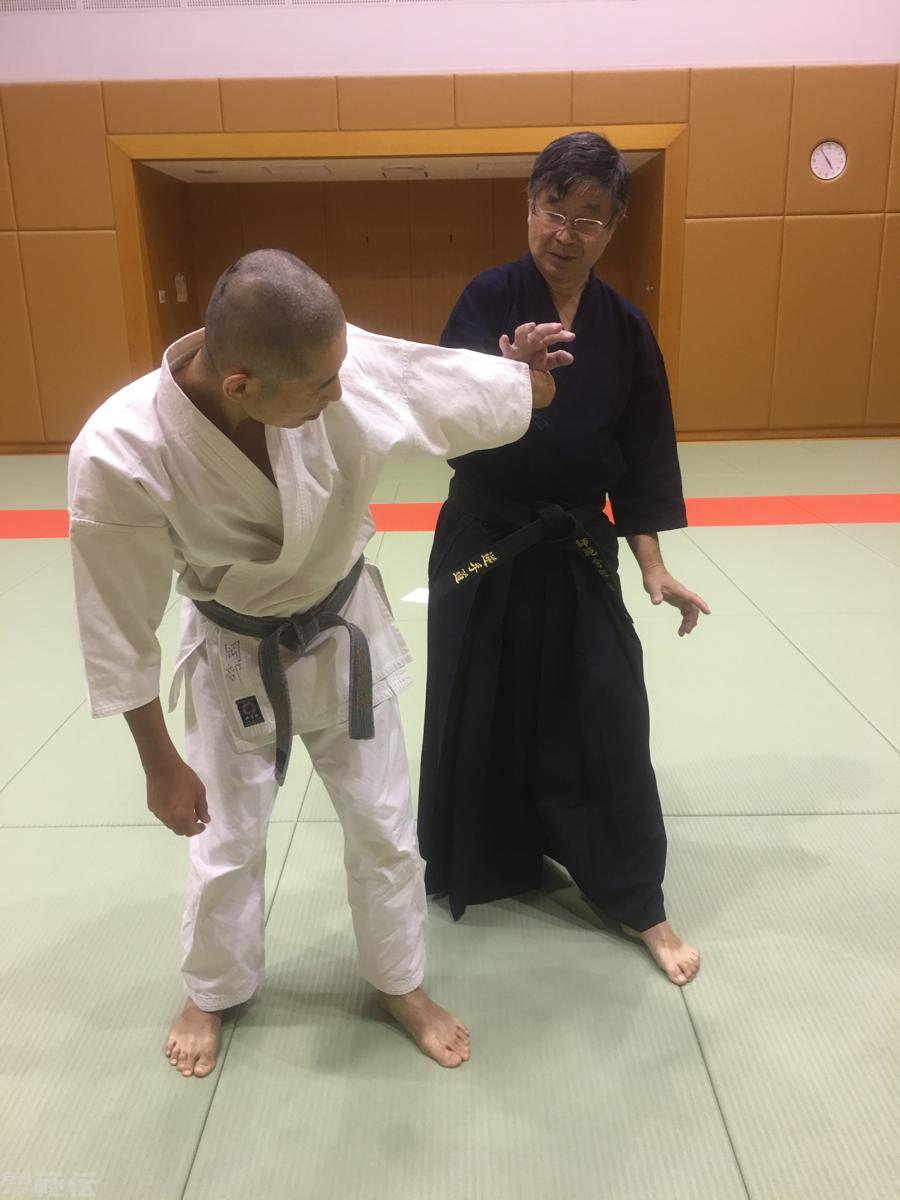 (3)Not moving up the arm, but turn the whole body counter-clockwise together with the right arm.
(4)D can move up his right arm so that his right hand will rotate over A’s left wrist.
(5)D rotates his right lower arm from outside to inside using their elbow as the center of rotation. 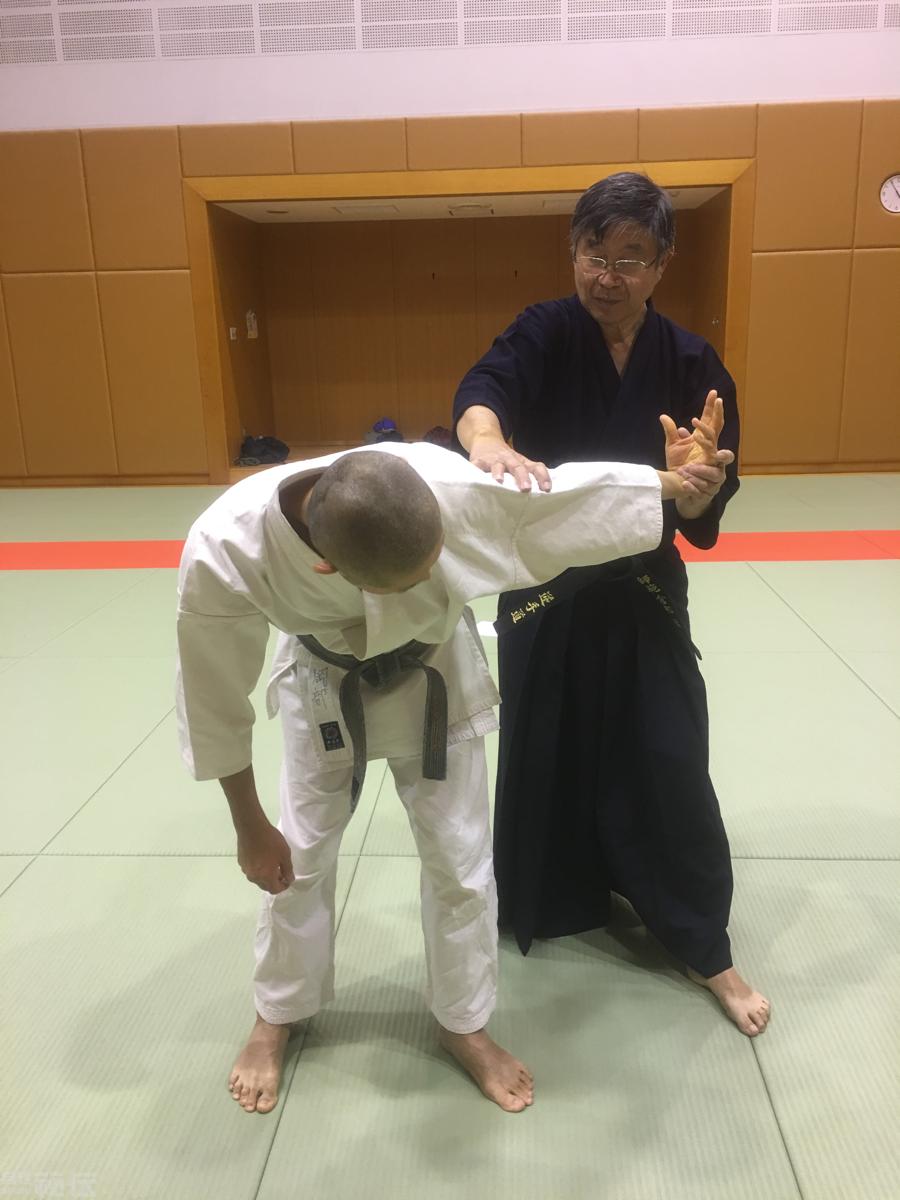 How to rotate the right lower arm from out to in, using the elbow as the center of rotation is an important know-how.
You need to use sophisticated body movement (TAI SABAKI) to realize this motion. You should use your lower body movement to strengthen this rotation as shown in the photos below. 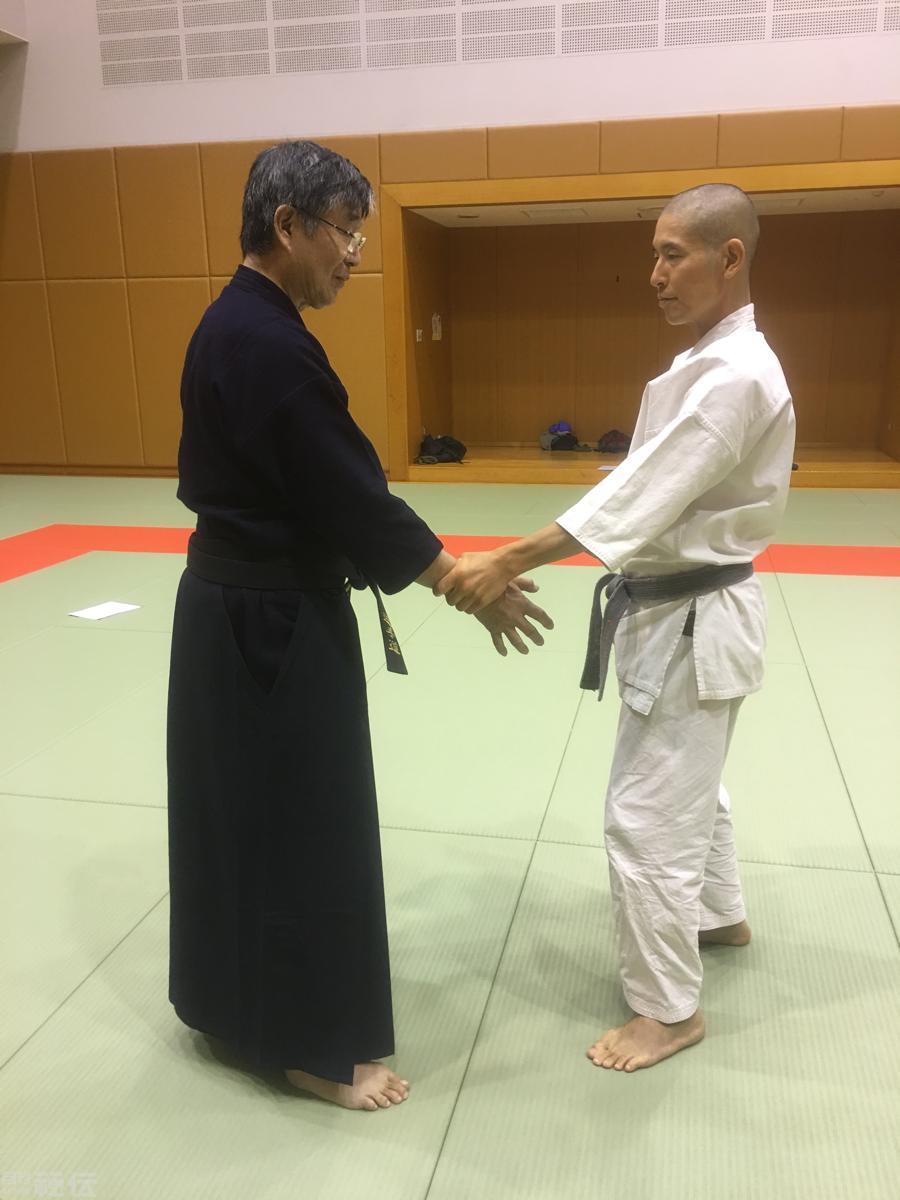 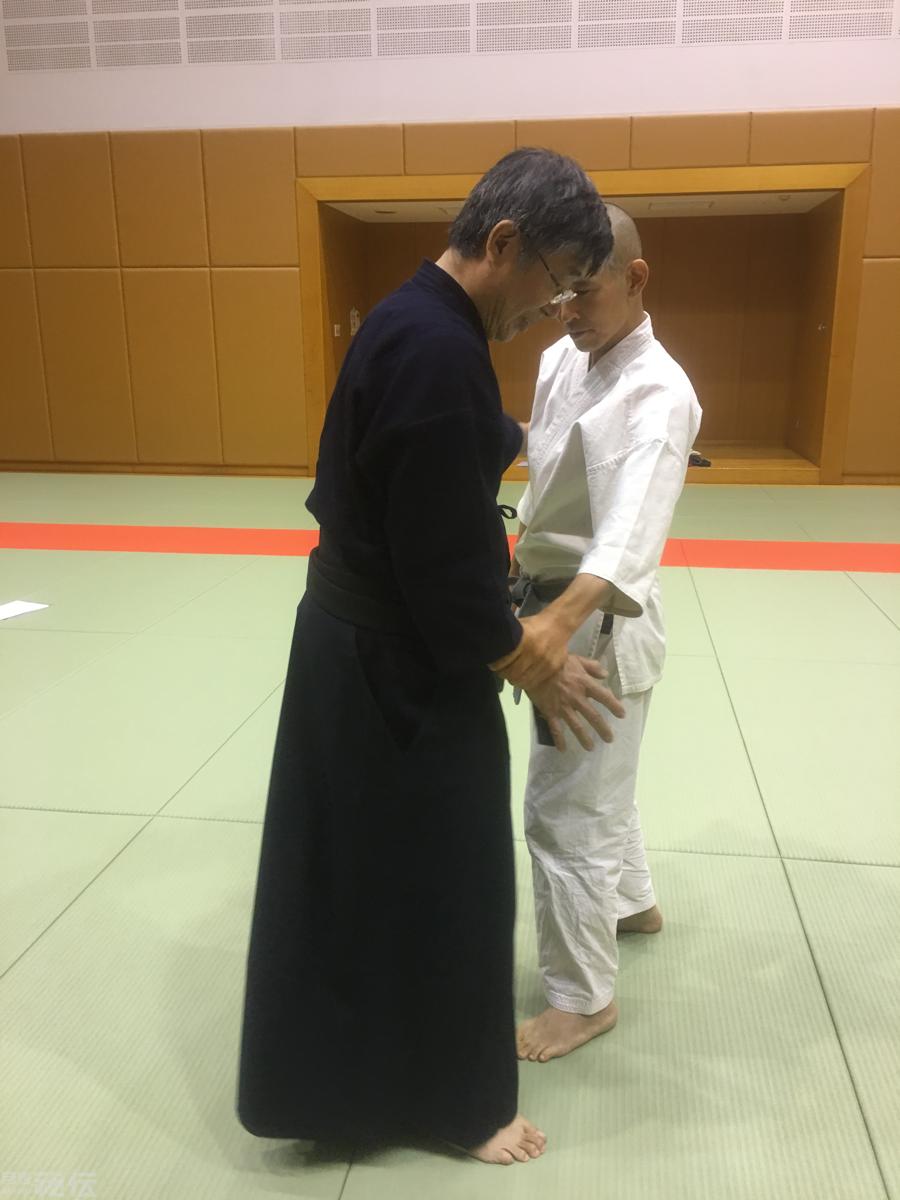 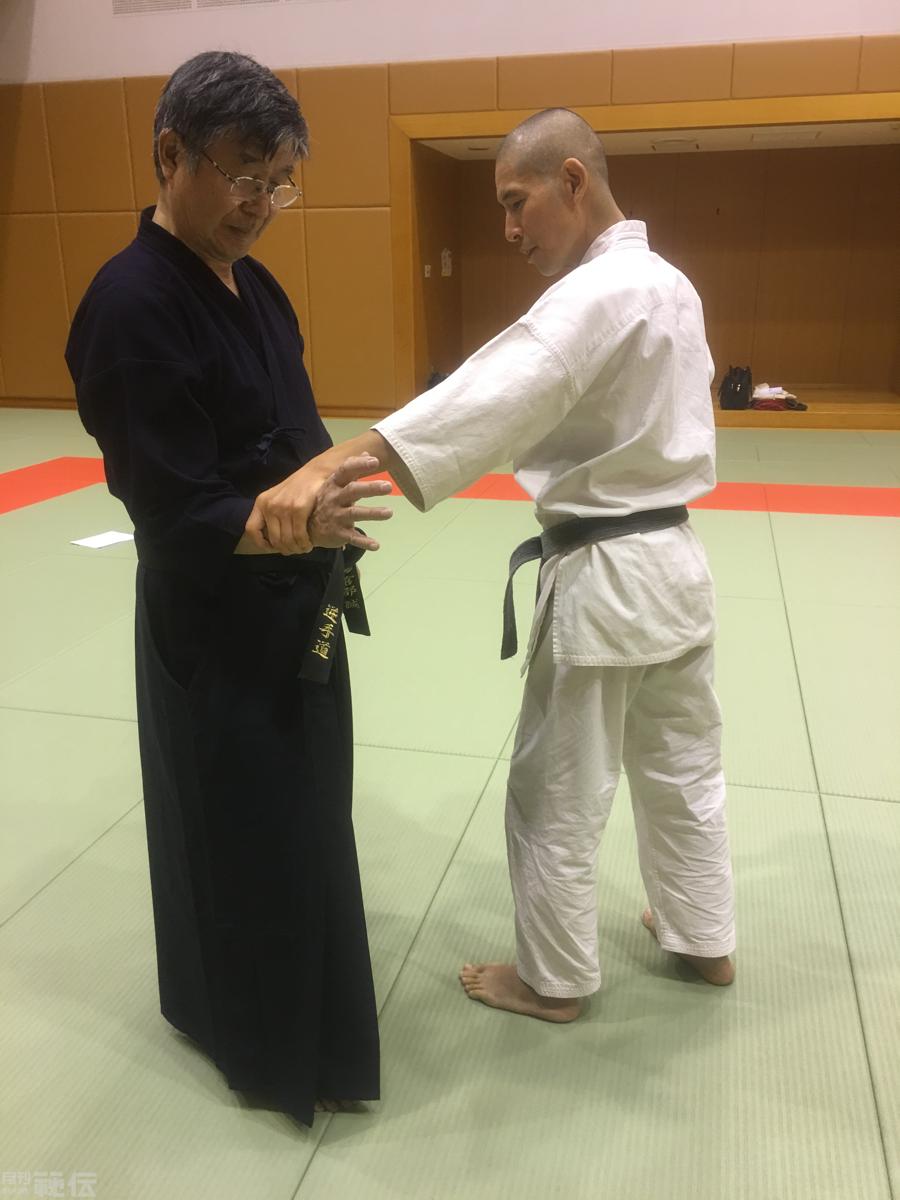 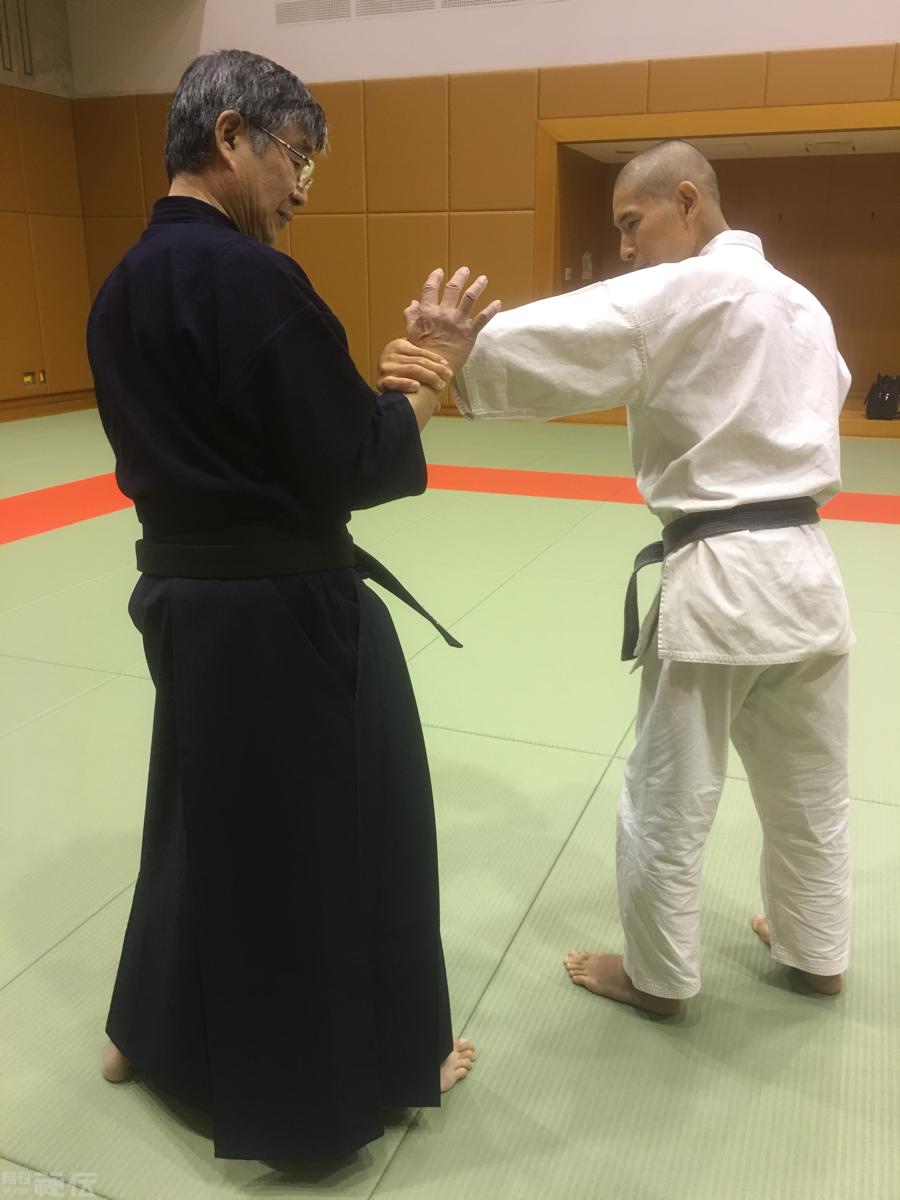 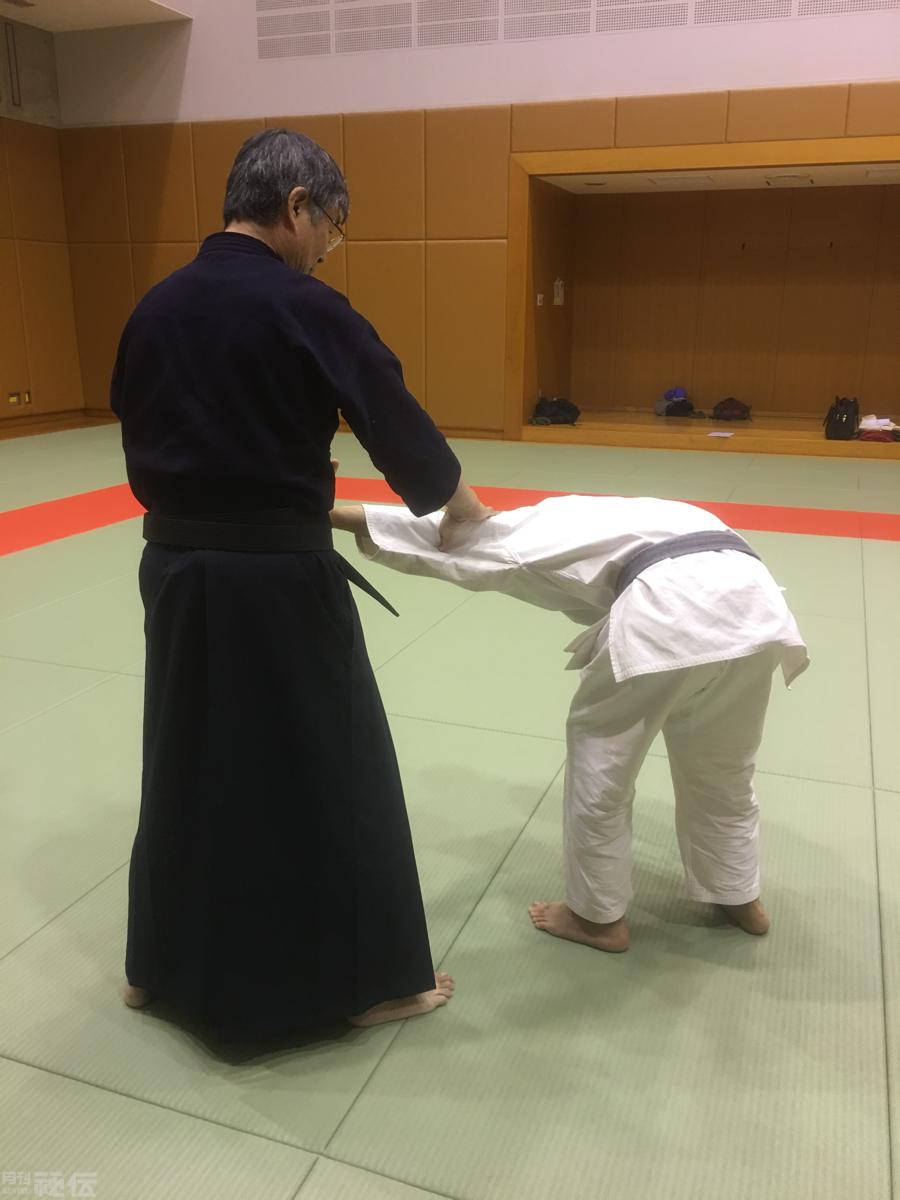 Move up the right hand/arm with upward circular hip motion.