HOME >  Feature Articles >  【Series of Budo Essay vol.10】 Jujutsu, Jujitsu or what else ? 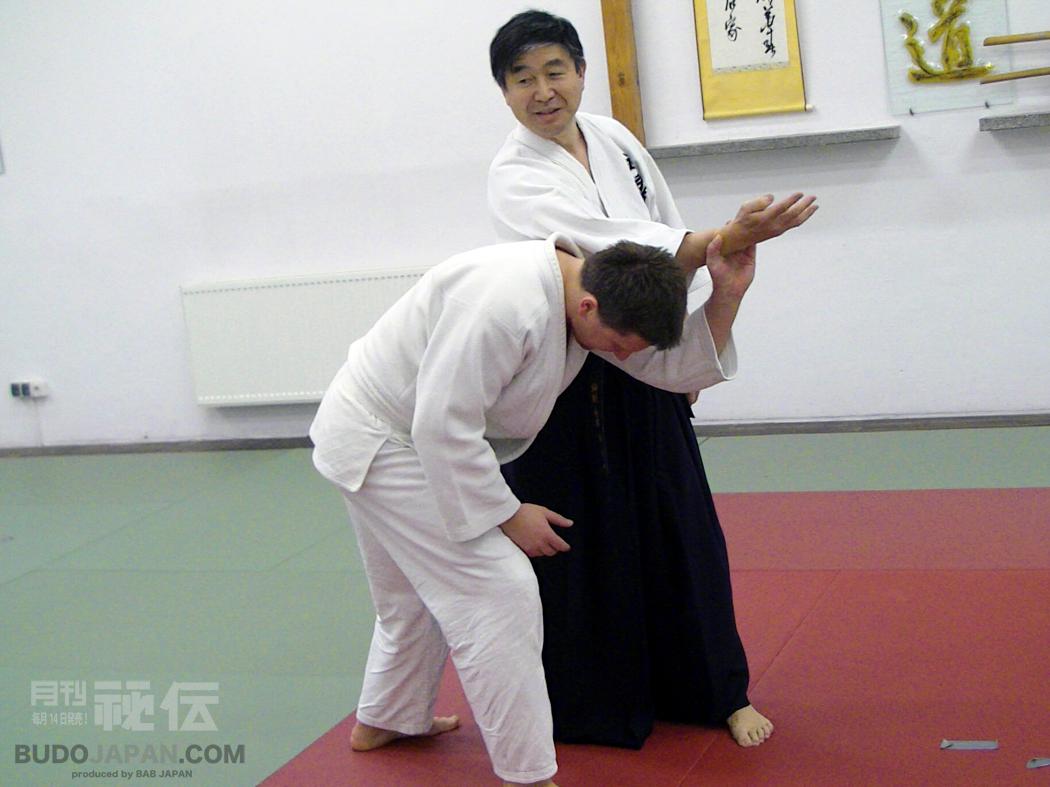 Jujutsu and Jujitsu have different meanings 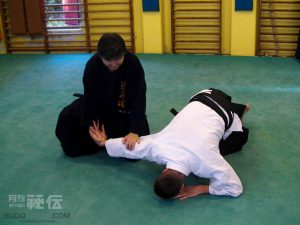 There sometimes occurs a discussion among non-Japanese Jujutsu practitioners about which is correct, Jujutsu or Jujitsu, or the other versions such as Ju-Jutsu, Ju-Jitsu, Jiu-Jitsu, etc. Such discussion could never occur among Japanese Jujutsu-ka (Jujutsu exponents) because for us, only Jujutsu is correct. Not many but there are several martial arts named as ~jitsu same as Jujitsu. All of those which have name of ~jitsu seem like Japanese martial arts, or they claim those have Japanese origin. From the point of view as a Japanese person, there is a simple way to recognize which is real Japanese origin among them. By its naming, if it has a naming such as XXX-jitsu, it is surely not of Japanese origin because the Japanese word “Jitsu” (実) means real, truth, seeds, etc. and “Jutsu” (術) means arts. For instance, “Jujutsu” is written 柔術, which means arts of soft techniques, and “Jujitsu” 充実means enrichment, fullness, substantiality, etc.
Just as an example, there is a system named X-jitsu which is popular in Europe and recently it was introduced into Japan. When they established their branch organization in Japan they renamed this system by taking away “jitsu” and just used X without jitsu. I can easily imagine why they had to change the name, because if they keep its original name as X-jitsu, it sounds strange enough that almost all Japanese would start to doubt its merit. Accordingly, they had to decide whether to change jitsu to jutsu or just erase it completely and name it “X” to be accepted in Japan, although it is still strange enough as a name of Bujutsu for us.

How and where this wrong spelling Jujitsu occurred ? 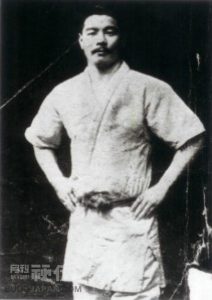 The first Japanese martial arts introduced into Europe (i.e., outside of Japan) was Jujutsu. It was in the beginning of the 20th century. At that time Judo (which is derived from Jujutsu) had been becoming a major Budo (martial arts of Japan) because of its rational and systematic teaching method and competition. Many Jujutsu people had been converting from Jujutsu to Judo but there were a few who did not want to join this new Judo which was recently created by Master Jigoro KANO, based on the traditional Jujutsu, so they went over to Europe (i.e., U.K., France, etc.) to search for a new place where they can introduce their Jujutsu to allow it to survive. They showed their miracle techniques to European people by which they defeated much bigger wrestlers than themselves, and those small Japanese Jujutsu-ka attracted a lot of fighting system enthusiasts in Europe. Mainly they taught their Jujutsu in London and Paris, so many people came to those two cities from all over Europe to learn their miracle techniques. 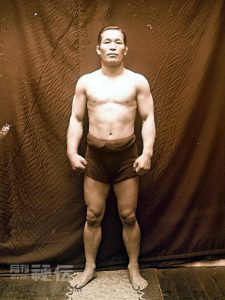 The most of those Japanese Jujutsu-ka came from outlying areas far from big cities in Japan, so they might pronounce Jujutsu as Jujitsu with their dialect, although they wrote Jujutsu in Japanese characters. And/or their students might have misheard their teacher’s pronunciation as Jujitsu. Regardless, those Japanese Jujutsu-ka taught their European students only verbally but not by text due to their poor English. In whichever case, the contacts between those Japanese teachers and European students at that time were not long nor deep enough and that mistake (i.e. spelling mistake) arose without correction by their Japanese teachers. No more than 10 years had past since those Japanese Jujutsu masters came to Europe and started introducing Jujutsu, some of them came back to Japan or went over to the U.S.A. to explore new activities. Following this, the second world war occurred and any contact between those Japanese Jujutsu teachers and their European students was lost. After the war, although they wished their teachers would come back to Europe to teach them Jujutsu again, those teachers never came back to Europe because most of skilled Jujutsu masters were killed on the battle field and Jujutsu itself had nearly disappeared in Japan due to few masters being left and even fewer students. Accordingly, the European students had to continue their training without teachers and during that time many important secrets and deep knowledge was lost. Also, it could be explained that not all the deep knowledge was transferred to them due to such a short period of instruction and contact. This is what we call traditional European Jujutsu, although they spell it as Jujitsu. Although that Jujitsu does not have a lot of important deep knowledge they still carry the basic system of real Japanese Jujutsu, so we recognise those Jujitsu as a part of real Jujutsu. When they re-learn important deep knowledge from Japanese masters they finally notice their wrong naming and shall start using correct naming as Jujutsu. I am very happy to find that several Jujitsu organizations in Europe changed(corrected) their name to Jujutsu and many did in Indonesia, either.

In early 1970s Japanese Budo has started becoming popular outside of Japan because Judo was becoming well known world wide. Then many Judo masters went abroad to introduce Judo. Then after, Karate followed Judo. Some, or many of the people outside Japan who learned Judo and Karate started creating new fighting system which is a simple mixture of Judo and Karate and started using the name of Jujitsu for their own newly-created fighting system. From old books or film, they knew the forbidden Judo techniques (i.e., banned from competition) which were transferred only to high ranked Judo-ka as a residue of their origin, derived from Jujutsu. And those people preferred such techniques because those are more effective and practical for the real fight than normal Judo techniques. From the point of Japanese Jujutsu-ka such a newly created fighting system is not regarded as Jujutsu because they do not have any important and essential deep knowledge but more power techniques like wrestling. We call such a system as new European Jujitsu.

According to my 27 years experience in Europe, the reaction which Jujitsu people might have when they encounter real Jujutsu are the three cases as described below.

2nd
They notice the difference immediately and can evaluate the worth of real Jujutsu’s knowledge but they pretend they did not see and try to distance themselves to avoid further contact with real Jujutsu (i.e. real Jujutsu-ka). By my experience 8 out of 10 people of traditional European Jujitsu behaved like this. They carry real Jujutsu techniques which their former generations had learned from Japanese sensei around 100 years ago. Although much of the important knowledge has been lost, or these were not transferred from the beginning at all, they should notice its worth by understanding they could perform many techniques much easier with this real knowledge. But their pride blocks them to ask the others for the instruction, considering their well established status with hundreds students or more, including a lot of black belts, and they simply want to keep their situation as it is.

3rd
Same as the 2nd case. They immediately understand the worth of real Jujutsu with full important knowledge and start wishing to master such knowledge which can make the level of their existing techniques much higher. By my experience this is the case for 2 out of 10 traditional European Jujitsu people. For them their name/status as “master of Jujitsu” is not so important than to master real knowledge and to become a real Jujutsu-ka. 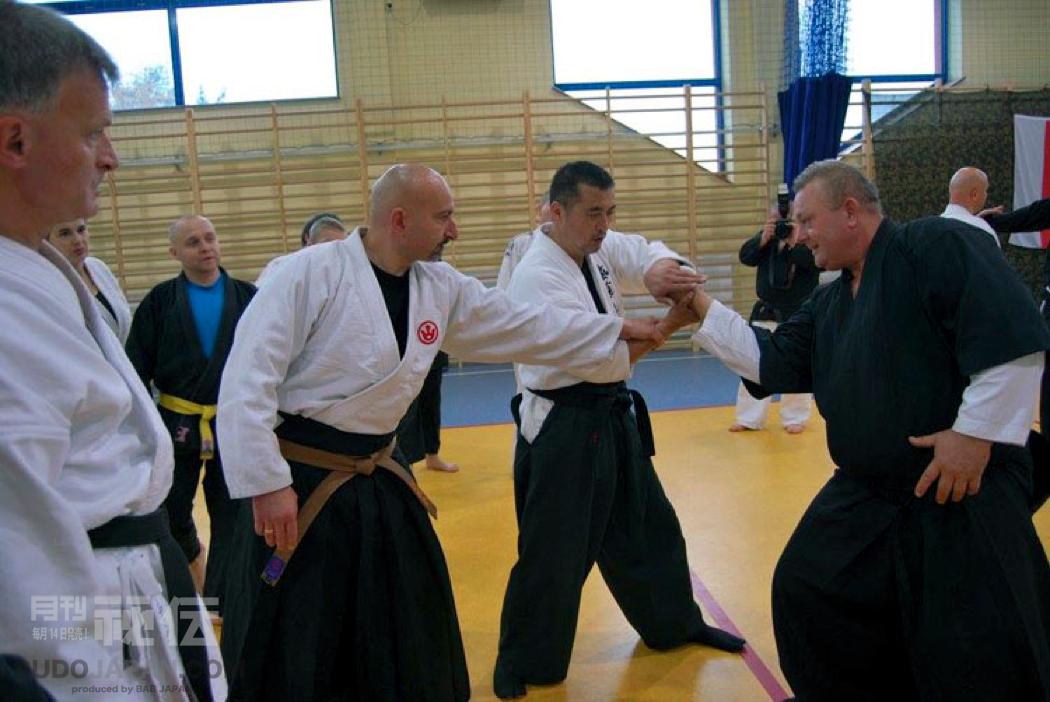 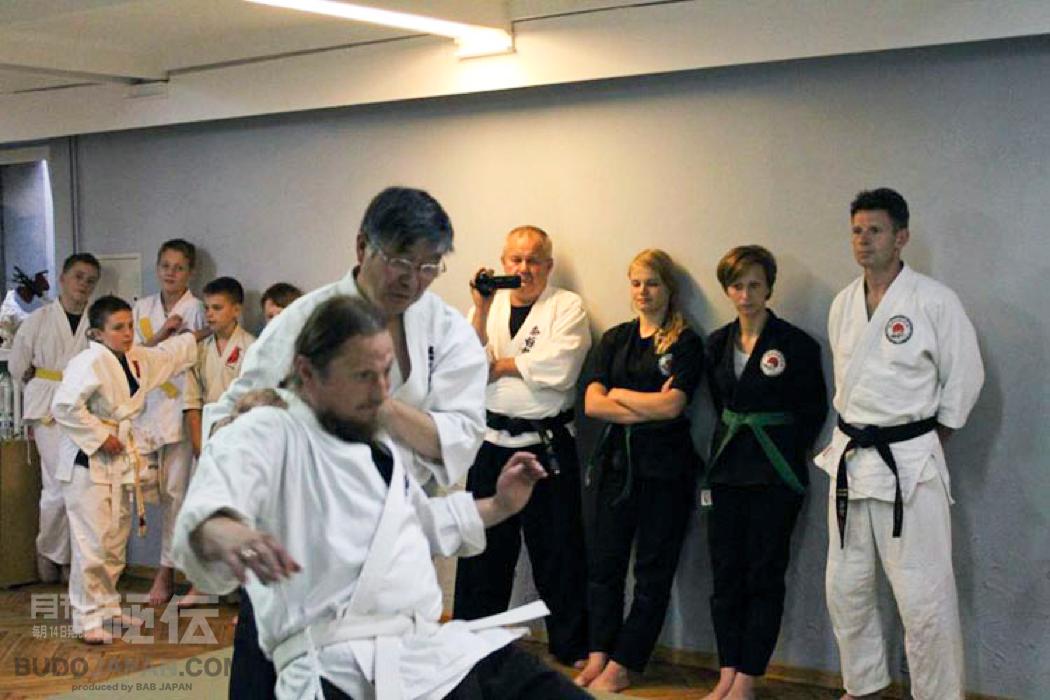 It is recent tendency that more people in Japan have started getting interest in Jujutsu and accordingly, the number of Jujutsu-ka has been increasing. We cannot imagine now that it had just about disappeared from Japan after the end of the second world war. As the population grows the number of Jujutsu masters who go abroad to teach Jujutsu also has been increasing. Thanks to those Jujutsu masters’ effort, the chance that European people encounter real Jujutsu is now increasing and every year the number of European people who learn Jujutsu is also increasing. The difference between Jujutsu and “Jujitsu” is so apparent that everybody can see it, and accordingly, more and more people want to learn real Jujutsu over Jujitsu. So, it is just a matter of how long it will take real Jujutsu to become the major style, or even only form of Jujutsu practiced.
Besides, there is one more clear benefit to learn real Jujutsu. Not all, but many of the Jujutsu styles have an “Aiki” component. Thanks to the effort of martial arts journalism both in Japan and especially in the U.S.A., many people now know Aiki Jutsu, which was known only by a limited number of people 30 years ago—even in Japan. In Europe many Jujitsu styles call themselves Aiki Jujitsu without knowing even a bit of Aiki techniques. They do not even know real Jujutsu techniques, so how can they know authentic Aiki techniques which are classified as the highest stage of Jujutsu technique. So, if people want to learn Aiki, they have to choose to study real Jujutsu, not Jujitsu. They do not have any other options. 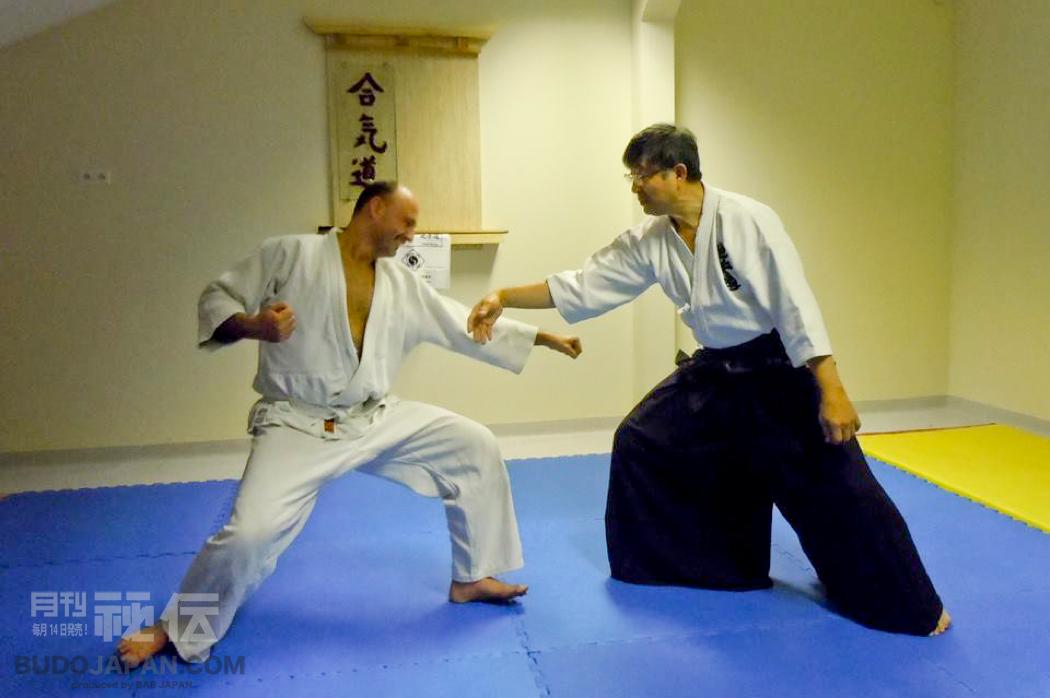 At the end of this article, I would like to express my thanks to Mr. Andrew Bryant 2nd Dan Gyakutedo, my Jujutsu student in the U.S.A., for his big effort to have corrected my Japanese English to formal English.