When I was teaching my Gyakute-do Aiki Jujutsu in Rotterdam, one Dutch man joined to my course. He himself introduced to me as a Jujitsu master with 5th Dan of Aiki Jujutsu. He explained that he was acknowledged his 5th Dan by the Aiki Jujutsu federation in Germany and he has own Jujitsu school in south of the Netherlands. What was my surprise he could not do any Aiki technique and just had kept taking video of my instruction and performance all the training hours. After 4-5 months when he though he took all Kata in video he suddenly stopped attending to the class. And after a year I found him on Youtube that he was performing our Gyakute-do Kata with the explanation that he is showing his own Aiki technique.

This is not only one case but I often encountered same cases during my 27 years Gyakute-do teaching in Europe. I normally teach very important deep knowledge to everybody who want to learn from me and unfortunately not all are honest and sincere like that person. But I do not mind and keep teaching my students sincerely and fairly which results to get more wonderful students around me.

Like that guy so many Budo fun now in Europe know and yearn for Aiki although they do not know what exactly it is. I know there is an Aiki Jujutsu federation in Germany which issues their certificate so easily if somebody has Dojo and joins the federation with his students. They issue higher Dan degree as a return. People like the name Aiki because it just sounds more sophisticated and high level system so they name their techniques Aiki just as a “decoration”. By the way, there is only one positive thing that they do not misspell it as Aiki Jujitsu but they spell it as Aiki Jujutsu in correct way for this case. This is because they got the name Aiki Jujutsu by writing but not by verbal communication which happened for the case Jujutsu 100 years ago. It does not surprise me anymore that they even do not know the difference between Jujutsu and Aiki Jujutsu or even Aiki Jutsu. Recently one of my Budo friends in Poland introduced me one person who is studying Japanese Budo as his major work as an associate professor. I read one of his paper about Jujutsu, Aiki Jujutsu and Aiki Jutsu with a big interest. But after reading his paper I got a big disappointment to know that his knowledge about Japanese Budo is too poor as a researcher. He just copied what is written in some big organization’s advertisement which many of Budo-ka in Japan do not take it as true.

What is Aiki Jujutsu and Aiki Jutsu

For this definition there are several different ideas in Japan and it is not exactly fixed yet but I dare explain the difference as following. What disappoints me a lot is the fact almost all European Jujutsu-ka do not know that difference at all and they deem those two Aiki Jujutsu and Aiki Jutsu are same. Even in scientific paper issued by European authorities as professors, they write those are same based on their idleness of researching activity.

Aiki Jujutsu : Apply certain motion to the human body where it is sensitive to such motion to unbalance the opponent. So this case we use dynamic weak point of human body.

Here I provide an example to show the difference by actual techniques of each system. Please watch the video.

Tori transfers his power to Uke’s Tanden (abdomen) via Uke’s elbow while he holds Uke’s wrist. Tori never pushes Uke’s elbow hard. This can be done by mind controlled power transfer and only a very small pushing power is required, say 1/10 of Jujutsu.

We can go back the history of Aiki in 16th century. There is a clear evidence that the founder of Yagyu Shinkage-ryu Ken Jutsu already applied Aiki to its techniques. And during Edo époque when people could enjoy peaceful life without war for around 250 years, several Budo masters mainly in Ken Jutsu field published their research result about Aiki, naming the exact word as Aiki 合気. But we must wait till 20th century when master Sokaku TAKEDA 武田惣角先生developed Aiki techniques as a system. He mastered several Ken Jutsu styles and could notice the essence of Aiki which was hidden in those Ken Jutsu techniques. He had developed those Aiki techniques as a system and he started teaching his system which was named as Daito-ryu 大東流 to his students in around 1898. So he made a big contribution to spread the concept of Aiki in the Budo society of Japan which nobody could have done before him.

There is only one pity misunderstanding that some of Daito-ryu people nowadays believe that Aiki was originally created by Sokaku TAKEDA sensei and the name of Aiki, only they i.e. Daito-ryu people can use. And when they hear the non Daito-ryu people use the name Aiki or explain Aiki techniques, they automatically start claiming them strongly. It is really pity and disappointing.

I was informed about this book by Mr. Christian Flament, a French Bujutsu researcher. He has a profession as a policeman who is patrolling the most dangerous area in Paris everyday and because he needs to protect himself, he has been learning Aiki Jujutsu from master Makoto KOJIMA小嶋誠先生 of KISHIN Juku氣慎塾. I am very glad to know there is such a serious Bujutsu researcher out of Japan as Mr. Flament. His sincere attitude towards Bujutsu cannot be compared with the one of the formerly mentioned associate professor. He reminds me another serious Bujutsu researcher Mr. Steven Vaes in Belgium who was my Gyakutedo Deshi (student) and so suddenly passed away by car accident 5 years ago. His room was filled with hundreds of Bujutsu related books and his knowledge was much deeper and wider than mine. 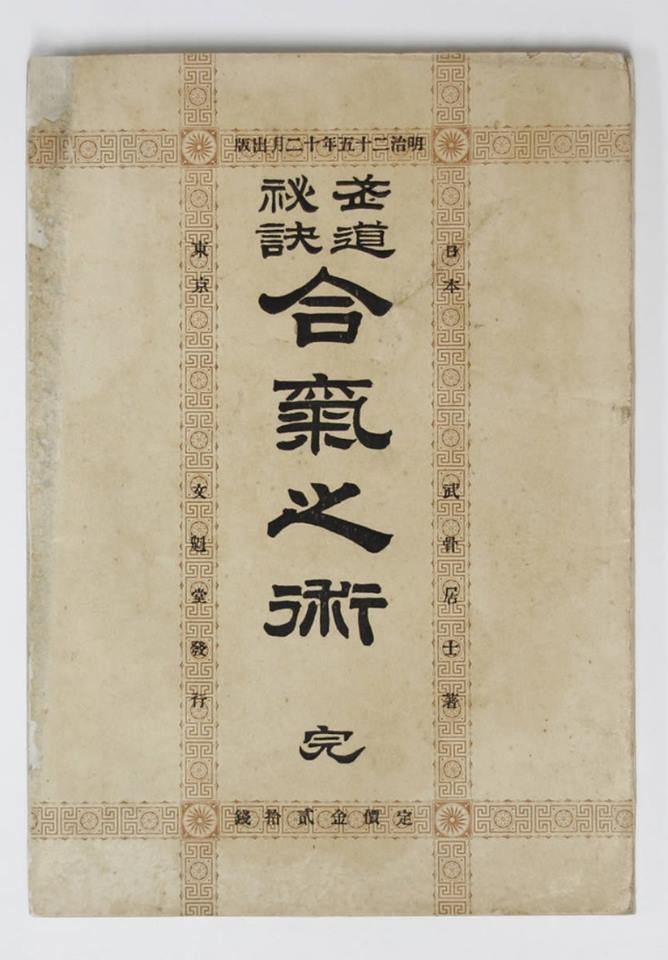 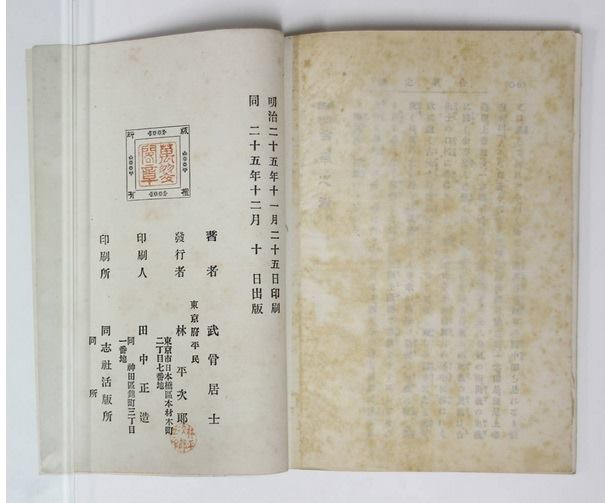 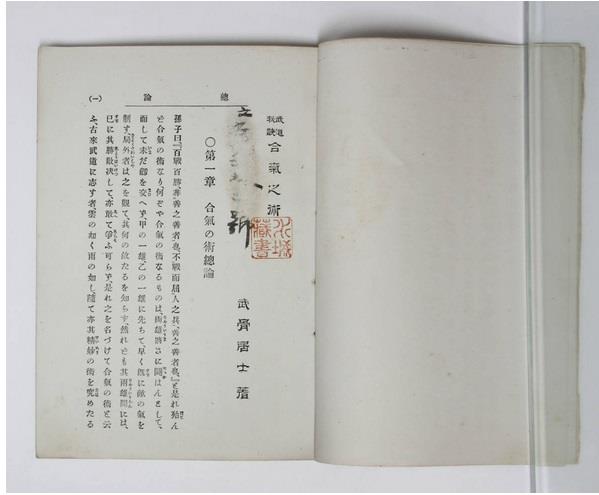 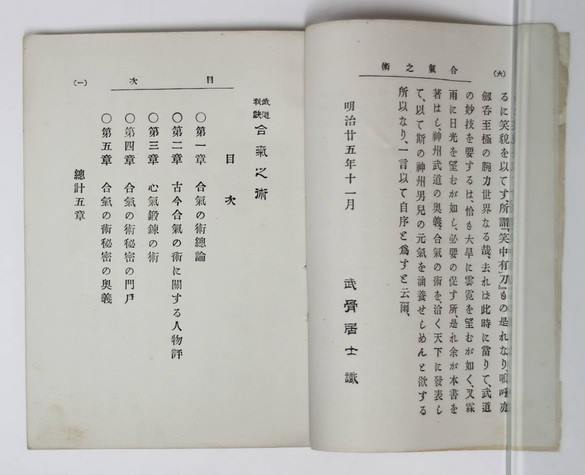 Those photos are provided by Mr. Christian Flament, a student of Makoto KOJIMA sensei of Kishin Juku 氣慎塾 小嶋誠先生
You can check the contents of this book in the website of National Diet Library of Japan  http://dl.ndl.go.jp/info:ndljp/pid/859828

How one can learn and master Aiki

Thanks to its recent popularity, one has not such big difficulty to find Aiki masters in Japan as it was 30 years ago. The numbers who mastered Aiki has increased drastically in Japan during these 20 years. But it is still not easy to master it because the most of Aiki masters are not so willing to teach Aiki to their students. Such tendency seems has started from the famous Aiki masters in the history, such as Morihei UESHIBA sensei and Gozo SHIOTA sensei. Those famous Aiki masters had spent huge effort to master Aiki by themselves so they did not want to teach it so easily even to their own sons.

And many of existing Aiki masters who could master Aiki under those famous historical Aiki masters are also not willing to teach Aiki to their students to keep it as a hidden special technique with high value. It could also be the case that many of those Aiki masters have mastered the technique without knowing its methods how and why it works and accordingly they do not know exact way how to teach it to their students. Actually in the most of Aiki schools (Dojo) people are taught by teachers as “Just watch me carefully and think over by yourself”. If people were taught in such classic teaching way, only a few selected students could master Aiki after at least ten years training. Almost all the other students could not master Aiki even after 10 years training and they were told by their teachers that it was because their lack of seriousness. Finally they noticed they consumed a lot of time and learning fee in vain.

From my Aiki teaching experience for over 15 years, I have noticed one important fact that people can understand and can master Aiki rather easily and fast if they are taught by clear and plain explanation based on the methods how Aiki works. And now I can find several Aiki masters in Japan who are teaching exactly in this same way. By such instruction one can start using Aiki even after several times lesson. I feel very happy that every year I find more numbers of those Aiki masters who teach Aiki to their students in a logical way. You can find those enthusiastic Aiki teachers on Youtube.

Here at the end I would like to give you one advice how you can choose a good Aiki school (Dojo). Please just visit that Dojo and carefully watch how many students at the Dojo can do Aiki Jutsu. If the teacher tries his best to teach Aiki Jutsu to his students, almost all the students should be able to manage Aiki Jutsu. Of course it depends on how long they learn that how well they can manage Aiki Jutsu, no need to say it. On the contrary there are Dojos where only few students can manage Aiki Jutsu where the teachers instruct students in an old traditional way without proper and polite explanation. Unfortunately that is the case for many of historically famous Aiki Dojos established by the big Aiki masters in Japan.