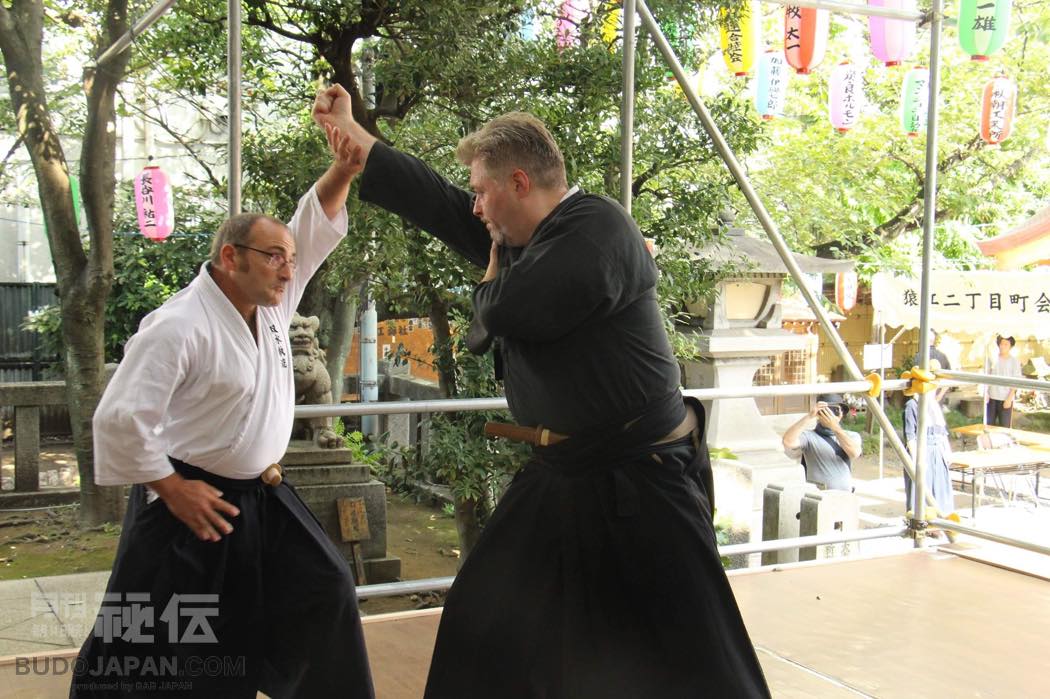 Demonstration of Sosuishi-ryu Kumiuchi Koshi No Mawari in Japan

The third part of the “Monthly Worldwide Koryu Dojo Report!” is about long-term Japan resident Stephen Delaney from Ireland and his Sosuishi-ryu Kumiuchi Koshi No Mawari dojo in London. Sosuishi-ryu is a sword and unarmed techniques’ tradition with a 370-year history and Mr. Delaney is one of the most knowledgeable budoka I’ve had the fortune to meet. 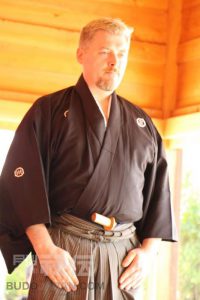 I started martial arts training at the age of eight with judo, when I moved to the U.K. from Ireland, I continued on and also trained in boxing, karatedo, aikido, modern generic self-defense oriented jujutsu and Wing Chun Kungfu.

I came to Japan relatively younger than aspiring koryu practitioners: I was 19, spent a year doing a form of Okinawan karatedo, but wasn’t really fulfilled and couldn’t find a koryu bujutsu to train in then. I returned to the UK, finished my education and moved back to Japan at 21. I worked three jobs (doorman, lumber yard worker and construction) to earn the money for airfare and living expenses; I was also attending night school to study and understand Japanese better so I could better communicate and assimilate to life in Japan. I think I started training at Sosuishi-ryu in 2001 (I also have experience in other koryu.)

When I first moved to Japan (mid-1990’s) there were no active koryu in Ireland; there were small iaido and jodo groups in the U.K. but outside ZNKR-related koryu, there was almost nothing.

Yes, I am very strict about that. I make sure that those who want to further study, meet and train under my Usuki Shihan and try to maintain regular contact with him and other Seirenkan members. I’m adamant about teaching koryu as it’s taught in Japan; sometimes it doesn’t transplant from one country to another very easily. It’s very important that students realize that what is taught in the U.K. and in Japan is the same tradition: nothing is being hidden or changed. At present, due to Covid-19, traveling isn’t possible, but through technology, I can teach my students from my household with guidance from Usuki Shihan. 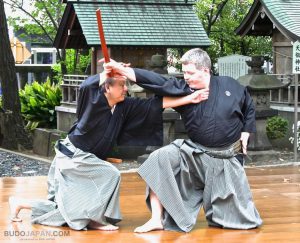 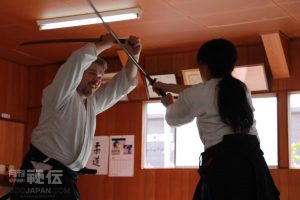 When I was young, the biggest difficulty was the language barrier: the worse your Japanese language and literacy skills are, the more you must rely on your eyes and mimic your sensei or ani-deshi. Without Japanese language skills, it’s literally “monkey-see-monkey-do” which can deprive you of the finer details that can be imparted verbally; your technique however, is pretty well programmed in your muscle memory. Also, lacking linguistic skills and therefore the ability to communicate, you miss out on a lot of cameraderie. Koryu bujutsu dojo usually are very small and over the years, you become more than just friends due to your link with that dojo: relationships become almost familial –but with a lot of formality. (The terms ani-deshi and kyodai-deshi hint to that.) 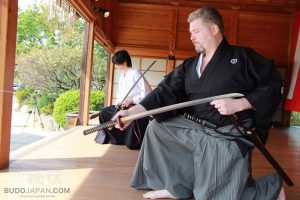 Also with enough study, you can read kanbun in densho. This is painstaking, hard work, but when you get to understand them with the guidance of your sensei, it can be very rewarding: some passages can refer to historical incidents or certain agricultural tools used in the Edo period, and you must research into that to fully understand the nuances of what is being transmitted -this enriches your knowledge and understanding of the ryuha. 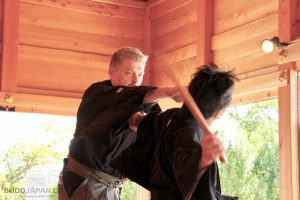 The mindset, function, and objectives are very different: koryu bujutsu, depending on the ryuha, may train via katageiko and sometimes shiaigeiko, but the objective is to apply the principles you have learned while being in control of your body and mindset. 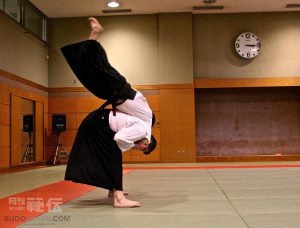 In reality, you wouldn’t immediately close in on an assailant: he might have a concealed edged weapon, so you must use metsuke to “read” his movements, intentions and also see if he reaches for his waistband to deploy a knife or other weapon. That’s one major difference I have noticed. I have former military and police officers in the dojo, so for their work, the psychological aspects of training are just as important as the physical techniques: koryu bujutsu was training for professionals by professionals.

Some koryu techniques and teachings were really used in combat; others are training drills (kata) designed to develop instincts of spatial awareness and psychological and breathing control under immense pressure. Every ryuha is rather individualistic in approach, mindset, methodology and theory, so you can’t actually make a general answer that fits all aspects. 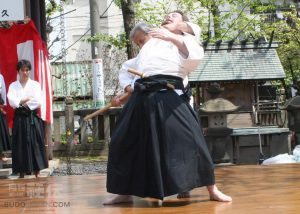 Technically and characteristically, the ability to merge kumiuchi (jujutsu) and koshi no mawari (swordsmanship), the tactics used and how underlying principles can be applied to almost any situation quite fluidly. Historically, how the system is an amalgam of Takenouchi-ryu and Futagami-ryu with a rich history. 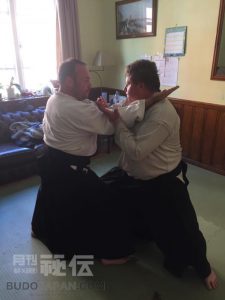 Non-Japanese, usually join to try out something new and culturally foreign; what usually happens is they either quit when it gets too difficult or when they don’t improve as fast as they’d like or they stay the course and actually attune to cultural norms and protocols. I’m Irish, but I train and teach an intrinsically Japanese koryu bujutsu and have Japanese students both in my dojo and at the hombu dojo. 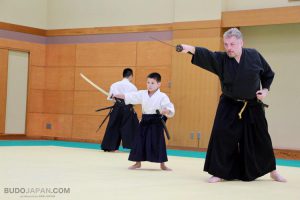 The benefits are similar to gendai budo: better focus, health, fitness and more confidence; koryu however also have the added benefit of being historically and culturally educational in a lot of aspects. These things can be read about, but sometimes direct experience is a better teacher; an example of this is doing ohaka-mairi for the ryuso and prior generations of shihan or doing Honno Embu. 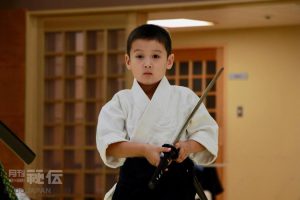 Several thousand Japanese live in and around London; some on work placement from Japanese companies and some married to Europeans and Britons. My wife being Japanese I try to show my two sons the best of Irish and Japanese cultures. I have demonstrated at a few Japanese cultural events, but these tend to focus on more modern Japanese culture aspects so reception is often mixed. 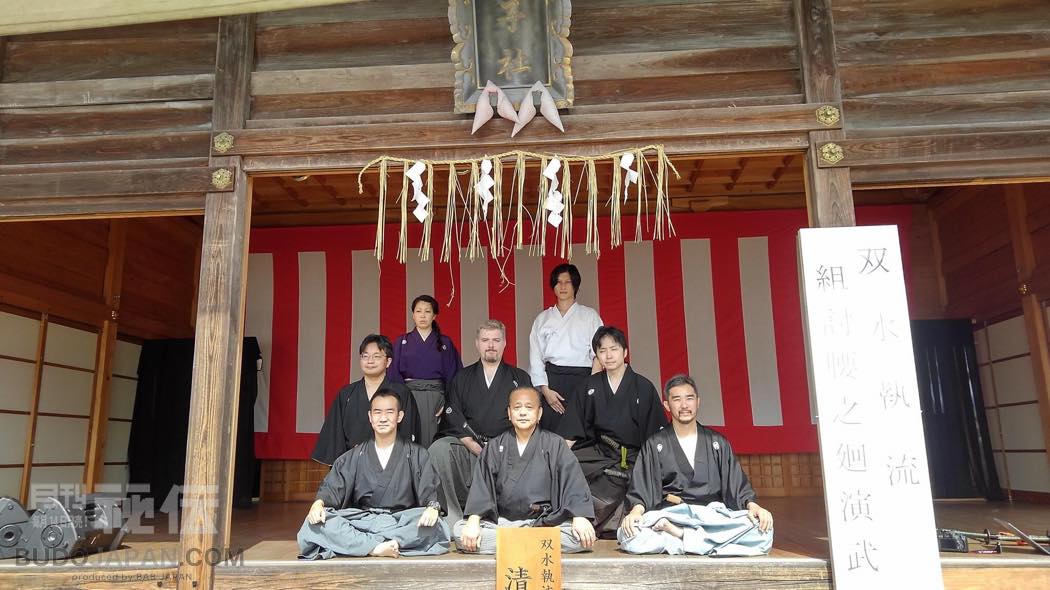