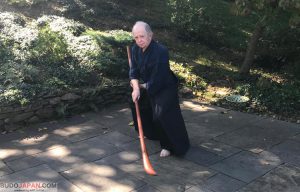 For this fourth part of the “Monthly Worldwide Koryu Dojo Report!” we are honored to present the Hobyokan dojo from Maryland, on the United States’ east coast. Hobyokan teaches three classical arts –Shindo Muso-ryu jo, Kashima Shinden Jiki Shinkage-ryu kenjutsu and Yagyu Shinkage-ryu heiho– and its instructor is Dr. David Hall, who has lived and practiced in Japan under some of the 1970s-1980s most important teachers and is the author of “Encyclopedia of Japanese Martial Arts” (Kodansha International, 2012) and “The Buddhist Goddess Marishiten: A Study of the Evolution and Impact of her Cult on the Japanese Warrior” (Brill, 2014). 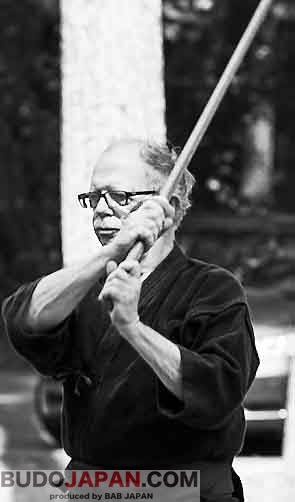 Between 1965 and 1975 I trained in karate, taijiquan and aikido in the US, Okinawa, Hong Kong and Japan. In 1970, I read and was inspired by Draeger and Smith’s “Asian Fighting Arts” and in 1972 taiji instructor, Dr. Ben Fusaro, introduced me to Donn Draeger whom I met at Kyoto Butokuden in 1974. Between 1975 and 1977 I trained under him in Shindo Muso-ryu at University of Hawaii and when I returned to Japan (1977), continued training under him and 25th Headmaster Shimizu Takaji sensei, at the Rembukan Dojo until 1981. I left Japan and when I returned (1985), I continued training under Phil Relnick sensei, Kaminoda Tsunemori sensei and Karunakaran sensei (Draeger sensei had passed in 1982). I started Kashima Shinden Jiki Shinkage-ryu, in 1978 under 18th Headmaster, Namiki Yasushi sensei and Yagyu Shinkage-ryu in 1985 under 21st Headmaster Yagyu Nobuharu sensei. 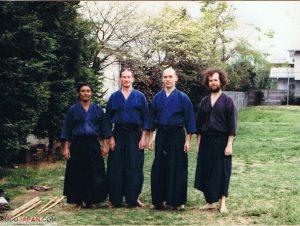 Classical arts are widespread in the US but generally in small groups, most near large population centers –Washington D.C., New York, Los Angeles, Seattle, etc., and some in more rural areas. I am unaware of any large koryu organizations in the US; the most wide-spread single organization is, perhaps, the Seiryukai practicing Shindo Muso-ryu in Nishioka Tsuneo sensei’s tradition. 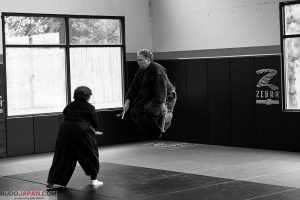 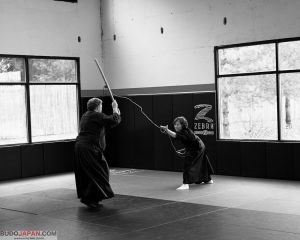 Finding a competent instructor. As a Fleet Marine Force Hospital Corpsman in Okinawa (1969) I trained on a military base under mediocre instruction; fortunately, enlightening discussions with a competent Okinawan instructor, Odo Seikichi, put me on the right track.

As a teacher I strive to imbue my students with an appreciation and understanding of the mores and mental framework of the Japanese classical warrior. Most people today are interested in MMA or modern martial systems with self-defense and sportive applications; after more exposure and experience, a small percentage may begin to feel something missing and find themselves drawn to the richness and mystery of the koryu. 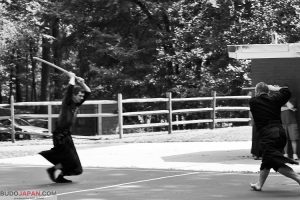 Classical martial arts are steeped in Japanese culture. Having evolved over the centuries they foster a deeper philosophical approach to life and death; these systems were significantly impacted by Edo period’s cultures, the post-feudal era and the post-WWII period. Modern martial arts also retain a connection with the past but generally emphasize sportive competition and rankings although some cultivate a deeper, philosophical, classical-budo point of view inside and outside the dojo. The goals and culture of the “classical” arts vary from one school to the next, as do the “modern”. 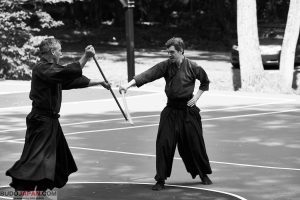 These arts train practitioners to focus their body, breath and mind. The training challenges one physically, spiritually (breath control), and mentally. Through kata, one learns to move precisely in and out of the danger zone, control one’s self as well as one’s opponents, and intuit strategy in a fluid situation. They are therapeutic because they benefit the whole person. They are socially enriching as juniors depends on seniors for guidance and seniors must continually analyze their own understanding. They are deep and nuanced with subtlety and mystery. The arts I have practiced for almost 50 years continue to provide me with new puzzles and insights. 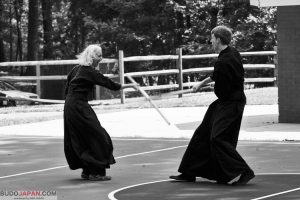 There are Japanese communities, corporate offices and Buddhist temples in Washington, D.C. area. During my years as a research scholar of Buddhist Studies at Tokyo’s Taisho University (late 1970s-80’s), I trained as a priest in Tendai Buddhism under Ichishima Shoshin sensei. My goal continues to be an exploration into the long and deep connection between koryu and Esoteric Buddhism (mikkyo) through rigorous religious ritual practice and martial arts training. It is difficult to overestimate the impact of the historical interaction between the koryu and Japanese religious traditions –Buddhism, Shinto, Shugendo and Daoism (Dokyo)– with their symbiotic views of life and death through the use of symbols, training, and austere ritual practices. I point out these critical elements to my students as we try to understand the ancient warrior’s path.