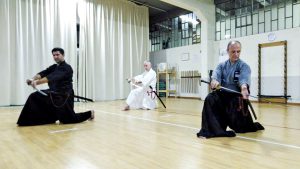 From this month we will be presenting dojo, groups and clubs from all over the world that either specialize in or include classical martial arts in their curriculum. It is a rather ambitious goal but we hope with time we will manage to paint an as complete as possible image of the state of koryu arts outside Japan; at the very least we will manage to show how far and in how many and diverse environments these uniquely Japanese arts have managed to travel, lay down roots in and become a part of. I hope the reader will forgive me for kicking off this new series on a personal note: my old Muso Jikiden Eishin-ryu and ZNKR iaido and kendo dojo in Athens, Greece. The questions are answered by the head of the dojo, Spiros Drossoulakis 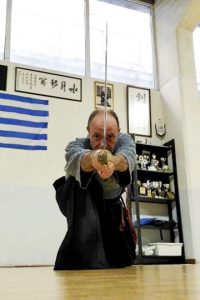 I started my involvement with the Japanese martial arts in 1981, through Shotokan karate (presently 4th dan). In 2000, I started practicing iaido and through that I was introduced to Muso Jikiden Eishin-ryu which we practice in our dojo. Since 2005 I have been a student of Katsuo Oda sensei, whose instruction and teaching I followed for 15 years; kendo and kyudo practice came later. 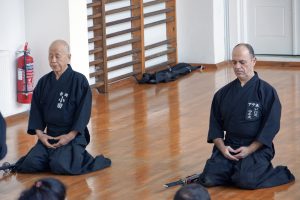 I wouldn’t say they are particularly widespread. Other than the Muso Jikiden Eishin-ryu group that with five dojo all over Greece, all practicing under my guidance, is the largest, there are some smaller groups practicing Shinkage-ryu, Tamiya-ryu, Muso Shinden-ryu as well as Tenshin Shoden Katori Shinto-ryu, Toda-ha Buko-ryu and Araki-ryu Torite Kogusoku. 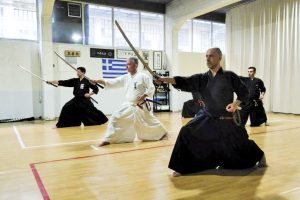 Personally I have, and so have some other members –that way we have had some experience of practicing these arts at their source. Still, having Oda sensei visiting Athens twice a year for the last 15 years was extremely important for our progress. 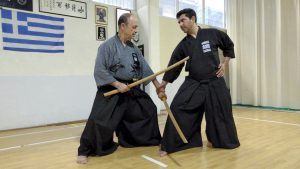 I would say that it would be approaching and building a relationship with the appropriate teachers to ensure the correct transmission of knowledge. I was particularly fortunate in this respect: studying under the guidance of Oda sensei for all these years has offered me a significant amount of knowledge both at the technical level and in understanding the spirit of budo. 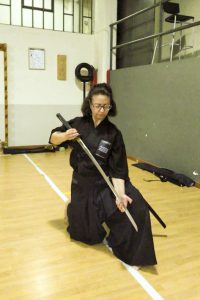 That’s a question that could go very far! I think the biggest difficulty is creating the right mindset for approaching practice: modern Japanese martial arts are often viewed from a sport-like point, contrary to classical martial arts where budo spirit is predominant. But since modern martial arts have their roots in the classical ones, I believe it’s up to the teachers to convey the right mindset to their students.

6) What is the benefit of practicing classical Japanese martial arts in the 21st century -especially for someone who isn’t Japanese?

Besides the advantages of physical exercise, practitioners develop a series of characteristics including strength, self-discipline, sincerity, magnanimity and a sense of respect as well as of commitment – these are all elements that can help them become a substantial part of society. Obviously, this will contribute to the creation of a healthy society, whatever this might mean for its members. 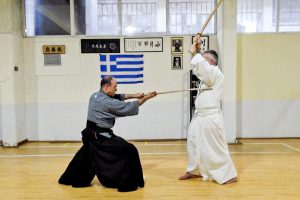 7) Is there a Japanese community in you city? Do you have any connections to them and to other aspects of Japanese culture?

There is in Athens a rather small Japanese community consisting of about 400-450 people. Although I have some contact with them, very few are actively involved in martial arts practice; I believe promoting this relationship as well as Japanese culture in general are areas that have a lot of room for development. Since personally I have a particular interest for Japanese culture, I hope this situation will improve.

As an end note, I would like to thank you for presenting Furyu Dojo Athens in “Hiden” magazine. It is a great honor for us to be part of this new series and even more so for inaugurating it! 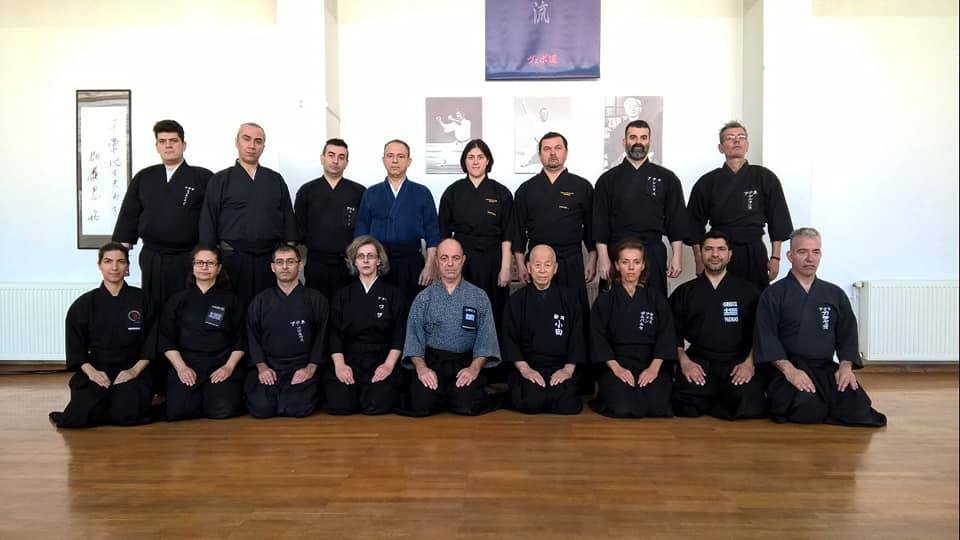