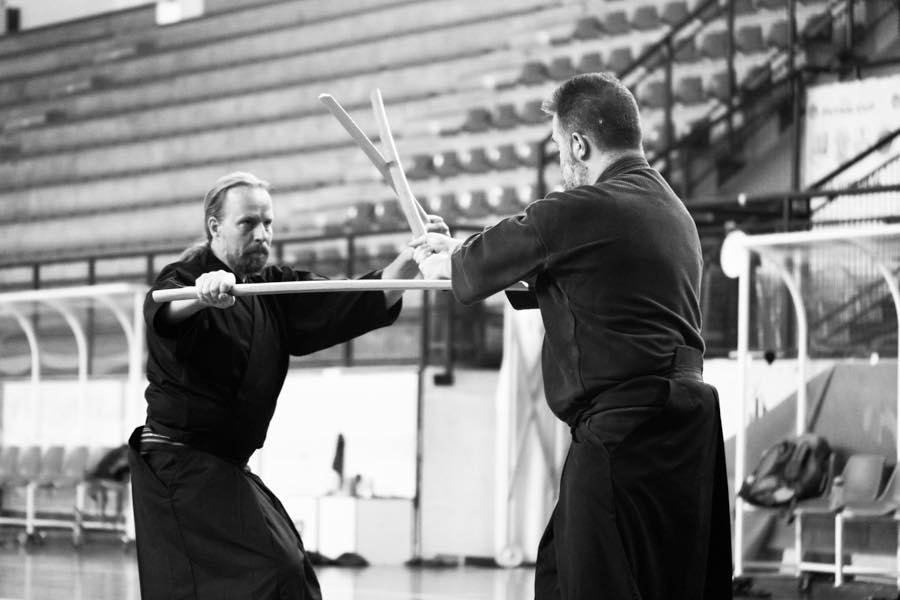 In volume 24 of the Worldwide Koryu Dojo Report, we visit Fulda, a city in the center of Germany, 87 kilometers northeast of Frankfurt to meet with the German representative of Miyamoto Musashi’s  Hyoho Niten Ichi-ryu, Mr. Roland Gericke. 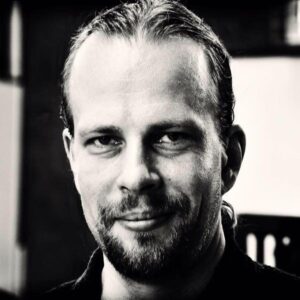 I’ve practiced budo for almost my whole life, starting in the age of six with judo. The first contact with classical budo has been through magazines and books, especially the work of Diane and Meik Skoss. The first contact with Hyoho Niten Ichi-ryu was in 2004, when my former teacher visited the international seminar in France, and we got the permission to open a keikojo. We kept contact with the Hombu Dojo, and visited every international seminar we could. In 2015 I became the official German representative. 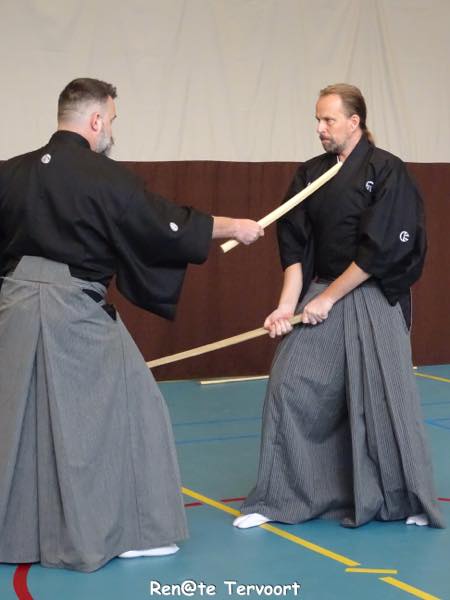 Before Covid came and changed everything (hopefully not for much longer), I’ve worked hard to start some keikojo around my country; I’ve got a few members which are traveling up to 200 km one-way to take part in our keiko. I hope, I can continue with that soon. Budo is quite wide spread in Germany, but classical budo, koryu bujutsu is still sort of a niche. 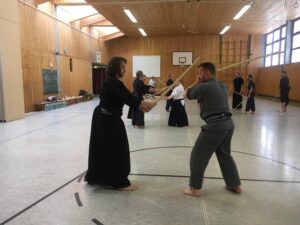 I hope, we can do this more frequently in the future. We are very fortunate in that our Soke travels to Europe once a year and every country representative of Hyoho Niten Ichi-ryu has the opportunity to host the international seminar with him. So it’s very nice that we all can see each other at least once a year and have a good gasshuku together. True friendships have grown through this. 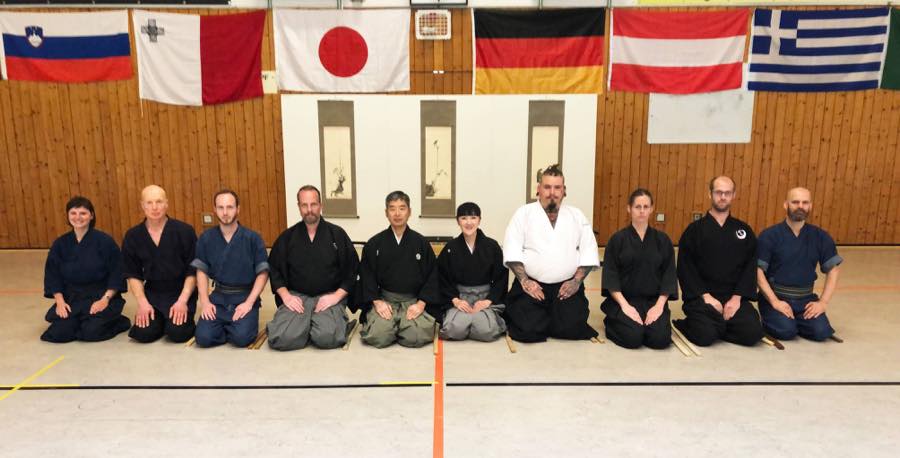 There are different levels of difficulties in my opinion. If you never had contact with Japanese martial arts before, you’ll enter a whole new world of complicated and difficult movements and it takes some time before you realize why you are doing them. Another difficulty is achieving the correct mindset during keiko by leaving your own ego out of the dojo and diving into the philosophy of your ryu. 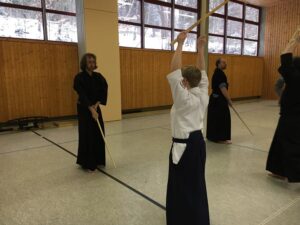 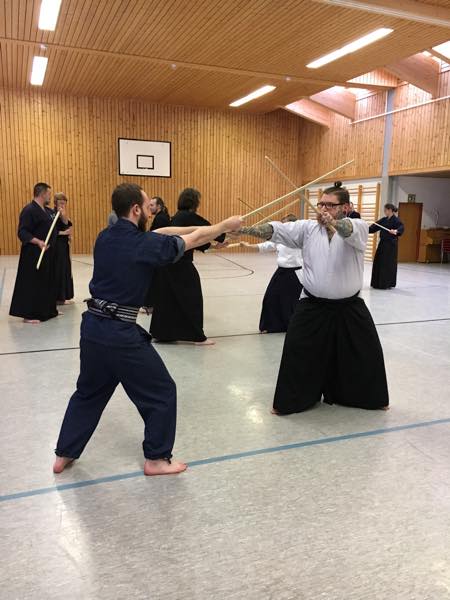 That is a really difficult question, because there are many levels of challenge. Speaking for the art I’m practicing which is mostly famous for its kenjutsu, it’s difficult for a beginner to see some kind of practical use. In addition to that, we don’t have gradings like the kyu/dan system which can be a big motivator for students i.e. getting some sort of certificate which proves their progress. That makes it also difficult for me to get new students, but every downside can also be seen as an upside. The students I have are without an exception special characters: well educated, highly motivated and they love what they do. 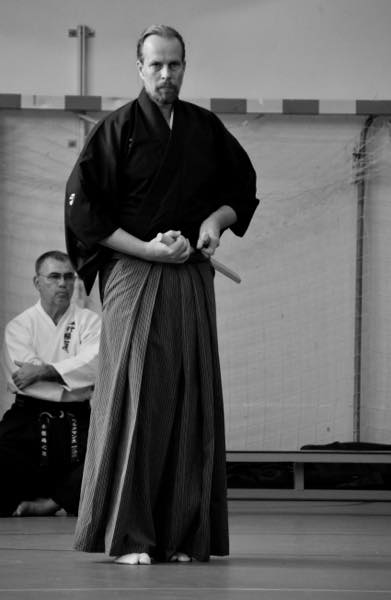 First of all, it’s the school of Miyamoto Musashi who is famous far beyond the borders of his homeland. Unfortunately I’ve got just a few insights in other koryu, but compared to what I know, our style is extremely fast and direct. If practiced correctly, the level of inner strength and dynamics can’t be compared to anything I’ve done before.

That brings us back to question no.5: Having no obvious benefit like being able to defend yourself, the real benefits are latent. Since you can’t train properly if you’re taking your everyday problems into the dojo, your dojo becomes a refuge, a place of silence for your soul. You become mindful of the small things in your life and you learn a kind of endurance that’s sadly rare in our modern times. Above all things, it’s just an honor to be part of a group of people which preserves historical treasures. 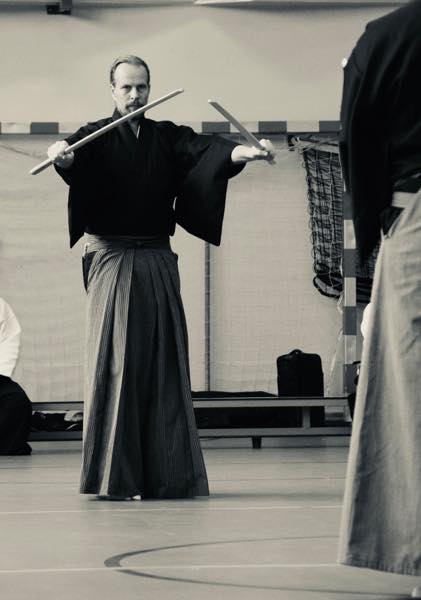 Sadly there is no organized Japanese community but we are friends with a taiko drumming group, and we collaborate at special events. 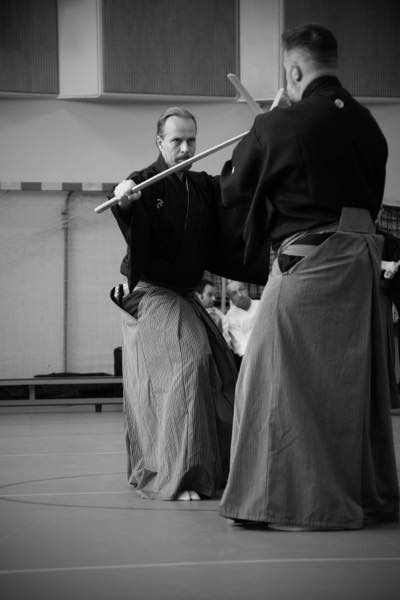