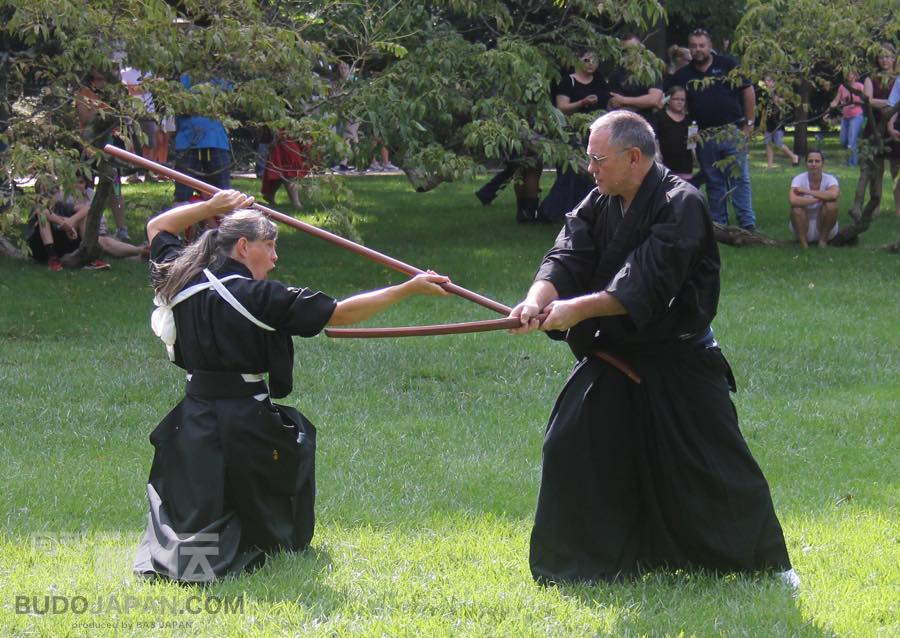 As practitioners, instructors, researchers, writers and publishers (Koryu Books) Meik and Diane Skoss have been contributing to the dissemination of the classical Japanese martial arts for almost 50 years. This 16th part of the Worldwide Koryu Dojo Report is an introduction to their journey and work in the world of koryu. 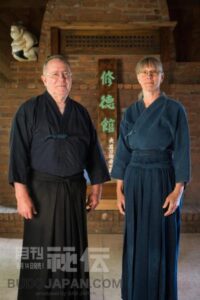 Meik: I read Donn Draeger’s books on koryu in college and was very intrigued by what I learned abou the physical and mental training they embody. Also, the strong emphasis on the ryu as a coherent group made a very strong impression on me. I began Shinto Muso-ryu in February 1974, with Shimizu Takaji (Rembukan); Toda-ha Buko-ryu (Muto Mitsu) and Tendo-ryu (Sawada Hanae) in March 1976 (Shinjuku Taiikukan);  and Yagyu Shinkage-ryu (Yagyu Nobuharu) in January 1979 (Nakano Taiikukan).

Diane: I started jo in 1991 after meeting my teacher Phil Relnick at a Japan Martial Arts Society meeting in Tokyo. I joined the Toda-ha Buko-ryu in 1993 at Nitta Suzuo Sensei’s invitation after Meik and I got married. 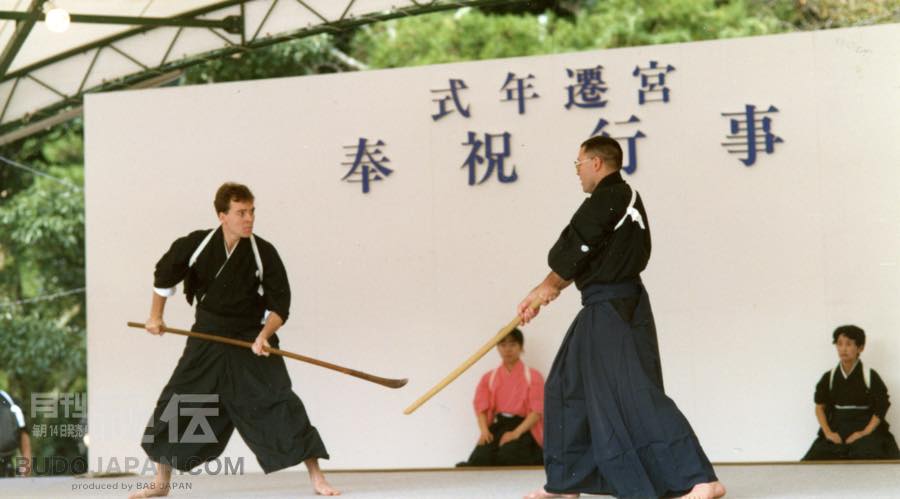 Meik: There are three Toda-ha Buko-ryu dojo and seven or eight groups of Yagyu Shinkage-ryu, counting both Yagyukai and other lines.

Diane: There are quite a few koryu jo groups here, maybe as many as two dozen (not counting jodo, which is not the same). Twenty-five years ago it was rather difficult to find any authentic koryu in the United States. Nowadays, finding a legitimate instructor is much easier, though most are located near large population centers, and many students must travel some distance to train with their teachers. I have students who drive for seven hours to come train one weekend per month. 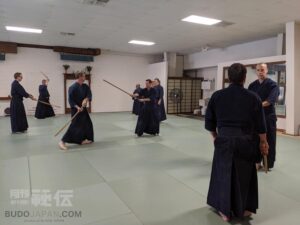 Meik: Several Shinkage-ryu members go to Japan at least once a year. I have gone six or seven times since I returned to the U.S. in December 1997.

Diane: I occasionally return to visit old friends at places where I trained when I lived in Tokyo and to make a pilgrimage to Mt. Homan and the Muso Gonnosuke shrine at Kamado Jinja in Dazaifu.

Diane: Commitment, focus, cultural context, mindset. Communicating what it means to be a member of a classical Japanese martial ryu is a constant and significant challenge. A teacher must continually remind students of the need to let go–of power, of ego, of individual preferences–and to allow themselves to be subsumed into the ryu. This isn’t easy for Americans! But for folks in this country the largest obstacle is simply having enough time to train. 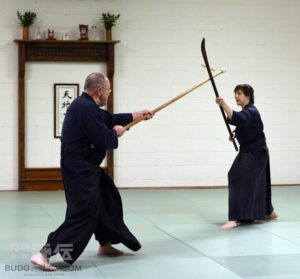 Diane: Deep historical roots and the family-like nature of the ryu contrast with the formal bureaucratic organizational style of modern arts. The emphasis for us is on getting together and training, not achieving the next rank or recognition. There is no competition except with one’s own self.

Meik: Toda-ha Buko-ryu is a system that develops a strong will, enabling its exponents to “crush” the enemy. Yagyu Shinkage-ryu teaches both effective technique using subtle, sophisticated timing and angles, and emphasizes observing the opponent so closely that the exponent is able to detect his opponent’s intent even as the opponent realizes it himself.

Diane: Shinto Muso-ryu is characterized by extremely sophisticated “use of force”; the response is precisely matched to the situation. Options range from simple control to lethal blows. The jo is a very flexible weapon that can be used like a sword, like a naginata, like a spear, or simply like a stick. 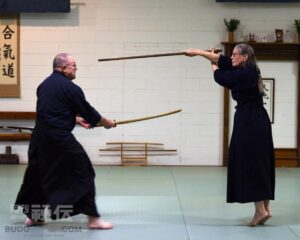 Meik: Learning a complex set of physical skills with deep cultural and psychological aspects that resonate even today in countries outside Japan.

Diane: Community. Mindset. Learning how to pay attention to details and the value of repetition. Sharpening observational skills and learning how to “read” a situation. Today’s world needs everyone to understand that any group is only as strong as its weakest member, so that we all work to support and benefit each other. This is a fundamental Japanese concept that is of enormous benefit to everyone everywhere; this contrasts with traditional American “individualism,” and American students gain immensely in learning to integrate it into their lives.

Meik & Diane: There is a significant Japanese community in New York City, but not where we live in New Jersey. There is a local high school that offers Japanese language instruction. 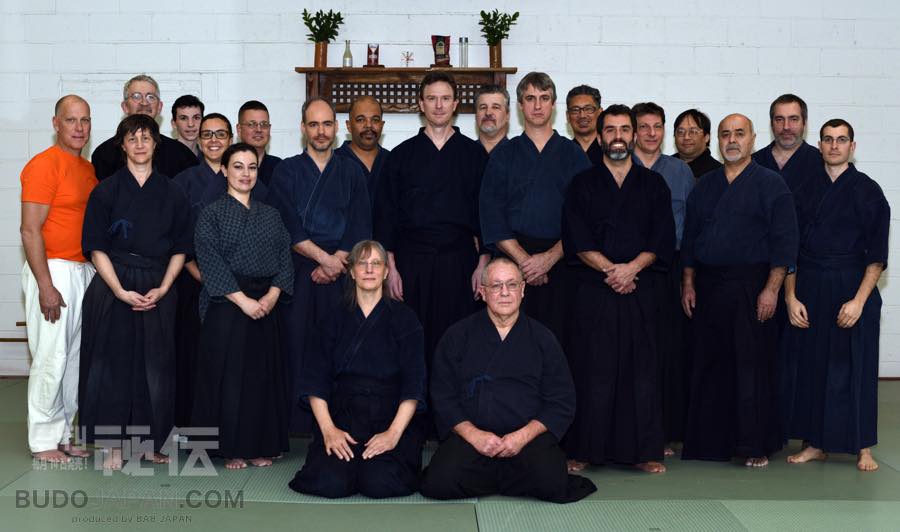