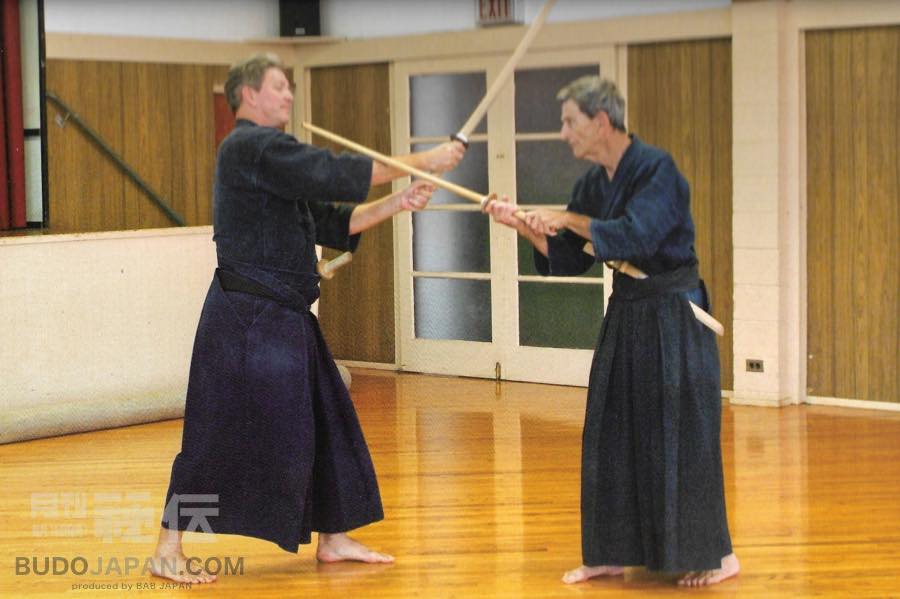 Another member of the circle of the legendary American researcher and martial artist, Donn F. Draeger, Quintin Chambers has been involved with the Japanese martial arts for 65 years and with the Japanese classical martial arts (Shindo Muso-ryu jo and Tenshinsho-den Katori Shinto-ryu) for almost 50. Born in London and a graduate of Cambridge University, Mr. Chambers lived in Japan for 12 years and during that time he collaborated with Draeger in researching and writing several books on Indonesian, Javanese and Chinese martial arts. After leaving Japan, he eventually settled in Hawaii where he lives, works and teaches Shindo Muso-ryu. 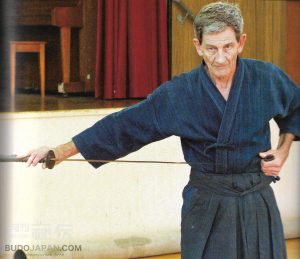 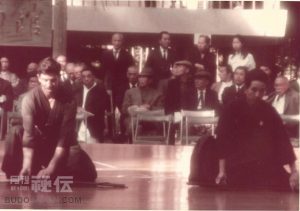 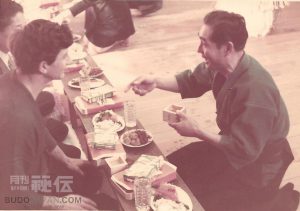 I started judo in 1954 and practiced at the Budokwai in London and at Cambridge University. I went to Japan in 1961. I went to the Kodokan and at the same time I started Aikido at the Hombu dojo. At the Kodokan I was talking to Doug Rogers and asked him about the jo he was carrying. He told me to talk to Donn Draeger. Donn introduced me to Shimizu Takaji sensei in February 1962. In 1965 he also introduced me to Otake Risuke sensei of the Tenshinsho-den Katori Shinto-ryu.

Regarding the arts I study, there are a number of small groups across the mainland mainly in the northern states. At some of these other classical arts are practiced. 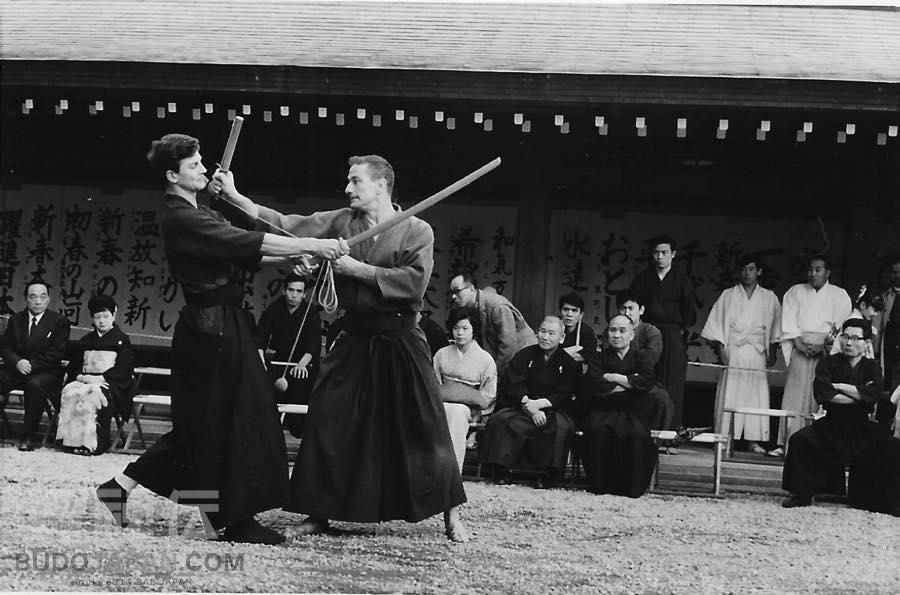 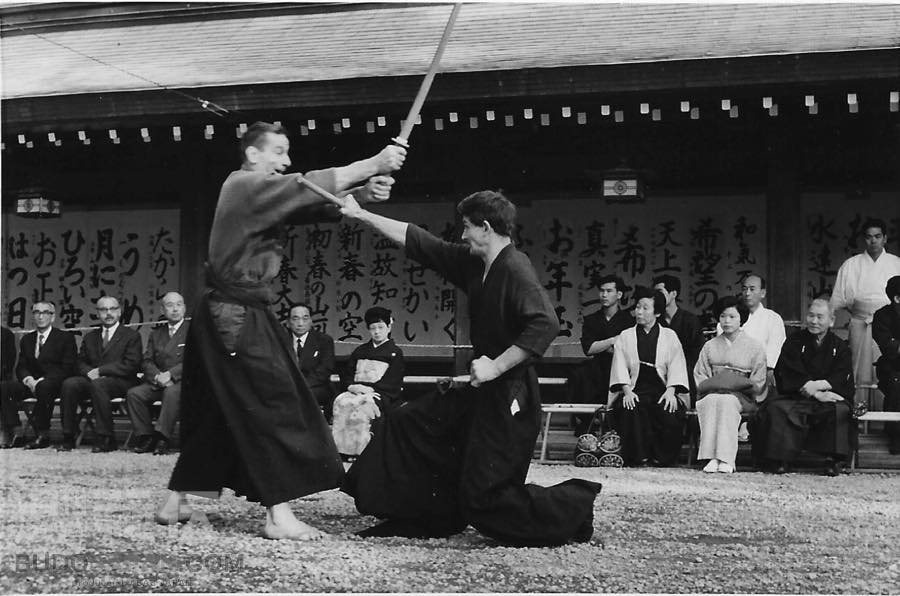 In Mugendojo the way of practicing Shindo Muso-ryu and the fuzoku bugei is based on the teachings of Shimizu Takaji sensei and Nishioka Tsuneo sensei. Since these two have already passed away, I see no reason to send my students to Japan to study.

In Japan one has a wide choice and there are public demonstrations of the koryu periodically throughout the year. In the United States qualified teachers are few and far between and some of us don’t even advertise. Furthermore, there is no national federation as there is in Japan. 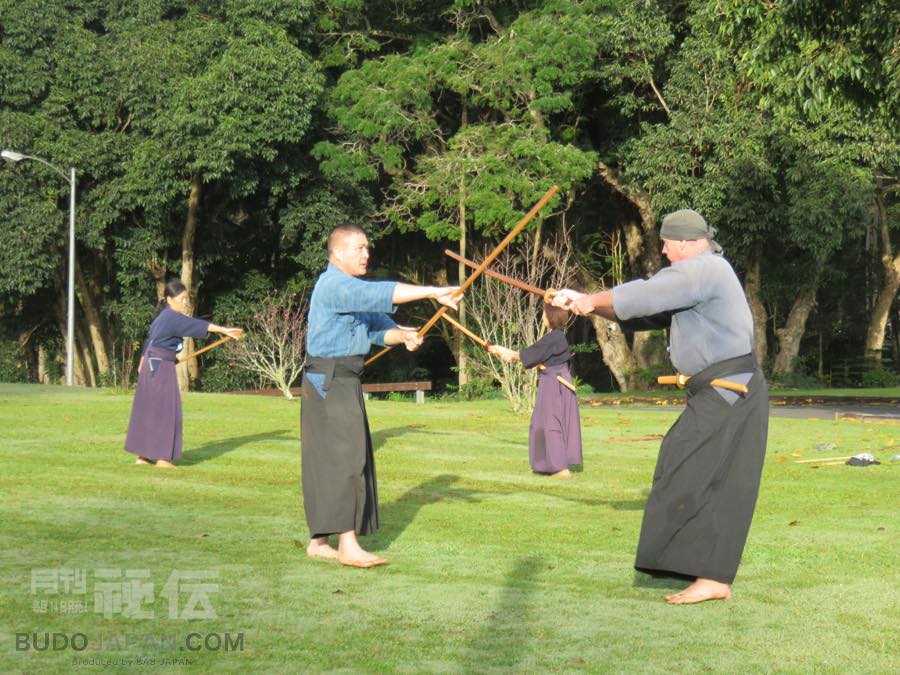 The mindset is fundamentally different. In the modern arts, that Donn Draeger calls the martial ways, the person you train with could eventually become your opponent in a tournament. In the classical arts the people you train with would stand shoulder to shoulder with you on the battlefield. The kata we study are simulated life and death events. With this in mind the zanshin level is very different. 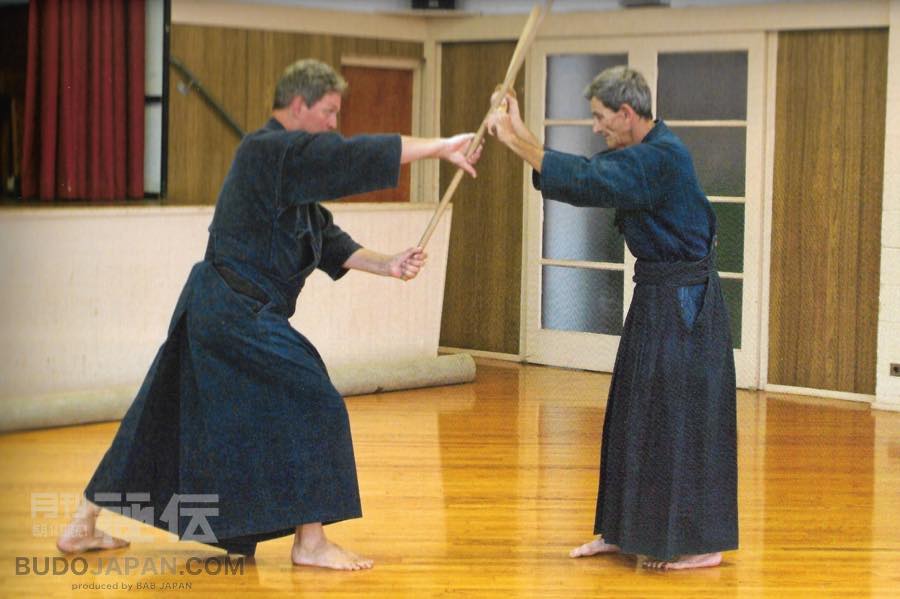 The strongest characteristic of the jo is its versatility. It can be manipulated in the fashion of a sword, spear or glaive providing a wide range of targets. One of the characteristics of SMR that is emphasized is that although the jo is indeed a lethal weapon it can be used to simply subdue an adversary without killing or severely injuring him. For this reason it is used today by the riot police, the Kidotai, in Japan.

Many take up the combative arts for self-defense. The classical arts are those developed by the warrior in actual combat on the battlefield. The practitioner of the classical martial arts will develop an acute awareness of his surroundings. Since ancient times in Japanese culture there is the concept that the arts of war are arts of peace and that the true victory is achieved without drawing your sword. 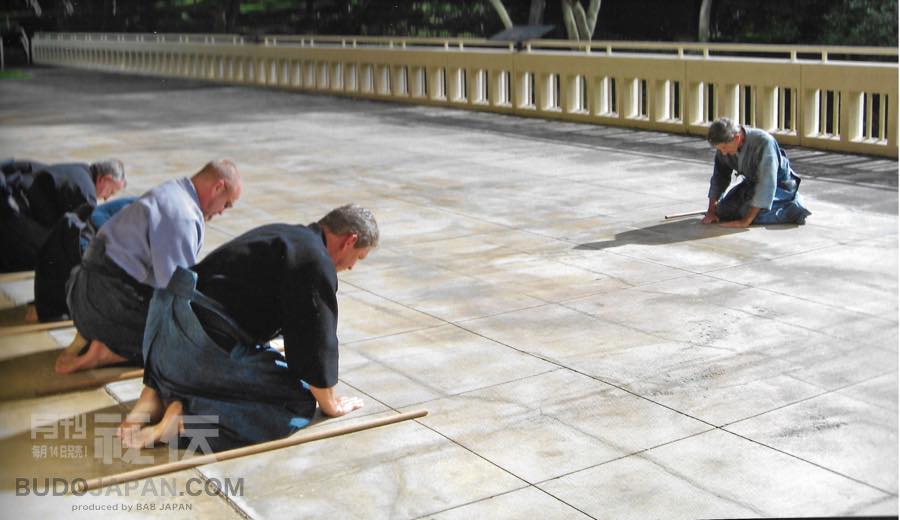 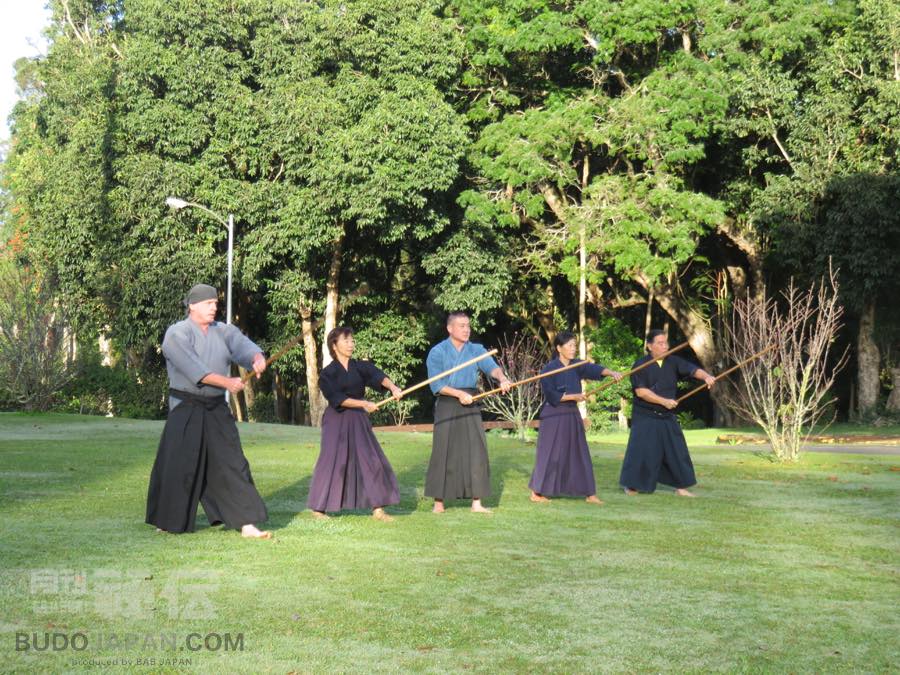