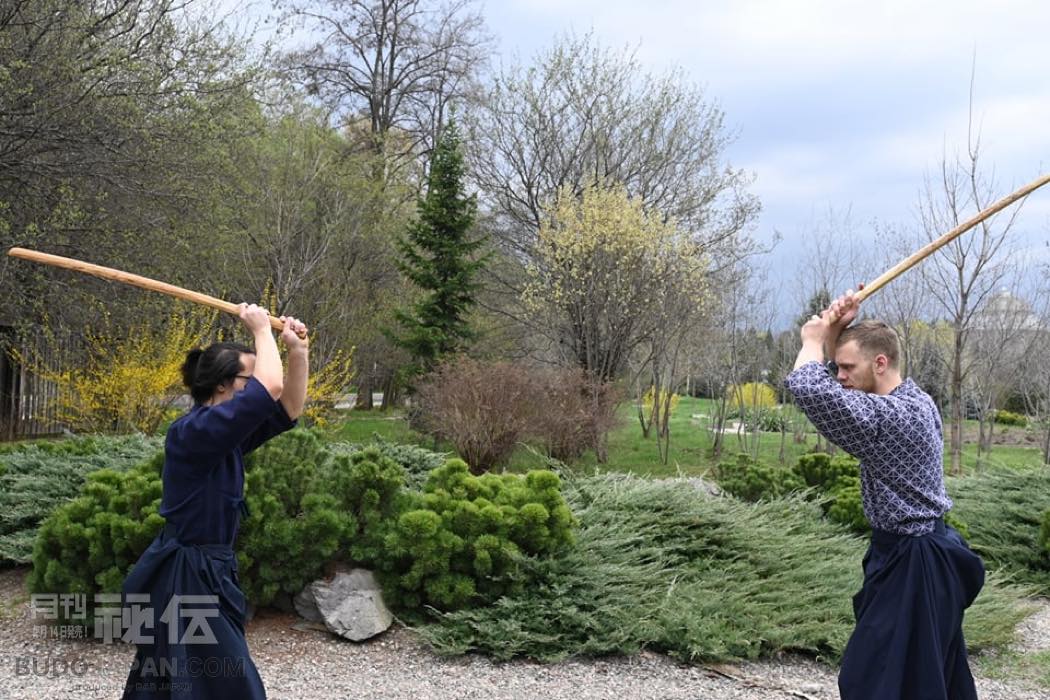 This Worldwide Dojo Report goes in the heart of Asia, in Almaty, Kazakhstan to meet Anton Kossarenko, leader of a group that has been studying Tennen Rishin-ryu under Kato Kyoji of the Bujutsu Hozonkai. 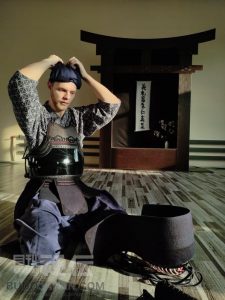 1) When and how did you get involved with the classical art (s) you practice?

I started martial arts in 2009 with aikido (Kazuo Chiba sensei’s Birankai); I am now Kazakhstan Aikido Federation’s secretary. My teacher studied with Chiba sensei and was always respectful of and attentive to tradition and the classic teaching methods. He instilled in me a love for Japan’s warrior traditions and the sword, which is very important in this style of aikido and when I first went to Japan, I visited Chiba sensei’s grave to pay tribute to his work and express my and my teacher’s gratitude.

Parallel to aikido I also practiced karate, initially WKF sports karate, participating in competitions and winning international tournaments. After 5 years, I moved to traditional Okinawan Goju-Ryu and my teacher suggested I start teaching after 2nd dan; I combined coaching with my main job and now have one children’s Goju-ryu group. 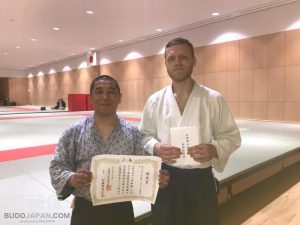 In 2018, I decided to start the first classical school study group in Kazakhstan. I chose Tennen Rishin-ryu because it has everything I’m interested in: long and short sword techniques, physicality (the largest bokken), jujutsu, iaijutsu and full contact free gekiken sparring! I contacted my current teacher, Kato Kyoji, and in the summer of 2019 went to Tokyo to meet what turned out to be a kindred spirit teacher and wonderful friends from the Tennen Rishin-ryu group!

2) How widespread is the classical art (s) you practice in your country? How about classical arts in general? 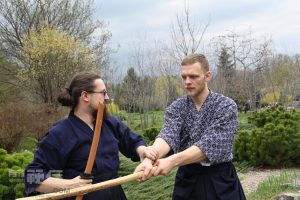 I can proudly say that I am a Kazakhstan classical martial arts pioneer: there are no other classical schools practiced here although we have modern arts (karate, aikido, judo, kendo and iaido). 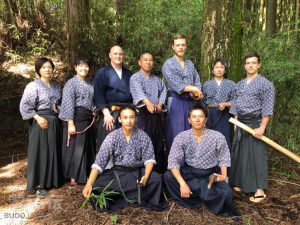 I consider it a duty to visit Japan at least once a year, together with my students, if circumstances permit. These traditions must be passed “heart to heart”! Unfortunately, this year we could not go because of the Covid pandemic but I hope things will improve soon. 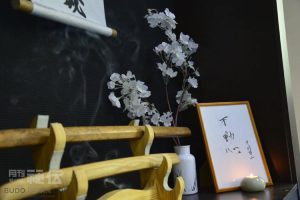 For me, the distance. As I said, martial arts should be passed “heart to heart” and if I could study every day under my teacher, something unfortunately impossible at the moment, my progress would be noticeably better! Language is also important: I started learning Japanese 8 years ago for my martial arts’ practice but I don’t speak it often enough. I believe knowing Japanese is essential for students and teachers of these traditions: knowing a technique name’s meaning makes it easier to understand the meaning of the technique itself.

First, numbers: it’s unlikely to see as many students in classical jujutsu as in aikido or judo; these are “exclusive” arts, not designed for mass markets. Second, goals: classical bujutsu were created for practical purposes (the most effective neutralization of the enemy) while modern budo, responding to the demands of peaceful times, aim to self-improvement. Third, competition: in modern budo competition has distorted the original fighting techniques to fit competition rules. In bujutsu there are no competitions, they’re about life and death, something all students should remember. 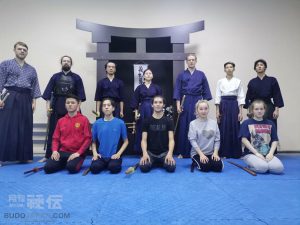 6) What is your art (s) ’strongest characteristic, historically or technically? 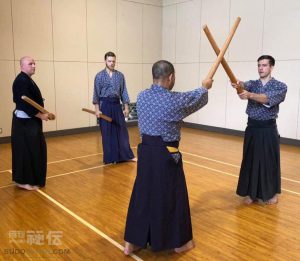 Tennen Rishin-ryu uses thick, heavy bokken for kata so the weight resembles that of a real sword; also gekiken (free fights) is a strong characteristic. The school combines everything needed for battle: long and short sword, unarmed techniques, iaijutsu and bojutsu. Historically, it became known from Shinsengumi’s, Okita Souji, Hijikata Toshizo and Kondo Isami -everyone familiar with classical martial arts knows these names. From what I know, it was nicknamed “Makoto no ken” (“sword of sincerity”) but I think its character is in its actual name: “school of unclouded consciousness” i.e. the practitioner is always in a state of zanshin responding naturally to everything that happens. 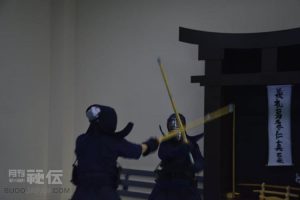 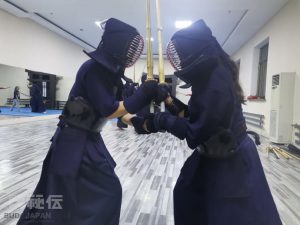 They are an introduction to classical martial culture and a traditional lifestyle. Modern people have lost their traditions with the media imposing images of a new, unrestrained person; I believe Japan’s classical martial arts preserve what is lacking in the today’s world and should be taught to young people: discipline, self-control, responsibility for words or actions, respect for others, understanding there is something more your life than your life, conscience, honor. I believe “bushido code” is still alive today, thanks to people who pass “heart to heart” traditions of warriors of the past. I want to pass this teaching to younger generations. It doesn’t matter if we are born in Japan or Kazakhstan: we must remain worthy and honest under all circumstances, even when facing death. Not being afraid of difficulties or refusing to help those in need -that’s what these arts teach. 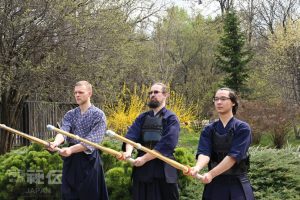 There is no Japanese community but my Japanese teacher is Japanese and also teaches calligraphy and origami; I too study calligraphy and also got acquainted with tea ceremony. Modern Japanese culture (manga/anime, modern martial arts) are quite popular among younger people; also with Central Asia becoming popular for tourism, I often meet Japanese tourists. 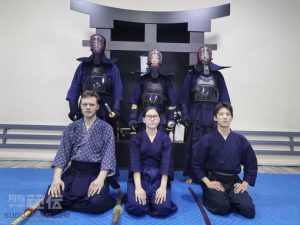