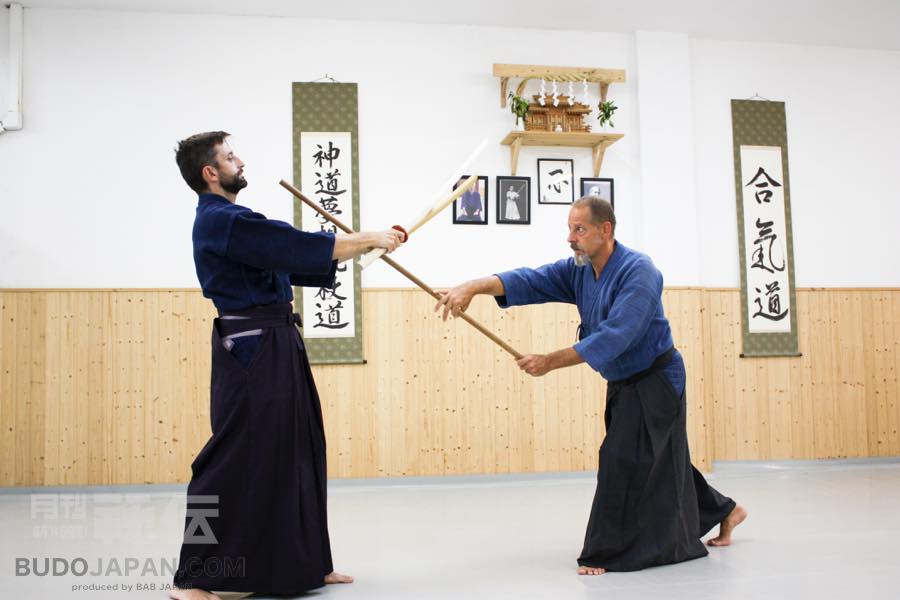 From the north of Europe to its south, the 18th part of the Worldwide Dojo Report visits Tai itsu kan, in Madrid, the dojo of Shinto Muso-ryu Jojutsu Menkyo Kaiden, Vicente Borondo. After a decade in Japan practicing several martial arts, Mr. Borondo returned to his home country to disseminate the tradition of the jo. 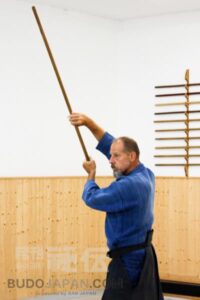 I started Judo at the age of 12, and through it I got involved in Jiujitsu and aikido as well. In 1998 I went to Japan and tired of competition and its mentality I decided to concentrate on aikido at first. Realizing the importance of weapons to better understand aikido I became interested in learning them. By chance I met my first teacher, Arai Katsuhiko (Menkyo Kaiden) at the Aikikai headquarters where we both trained daily and together with a couple of friends I started training with him in between aikido classes. He was in turn a student of Nishioka Tsuneo shihan so very soon we met him and started training directly under him as well two or three times a week plus seminars, intensive special training sessions etc. This went on until I came back to Spain in 2007. 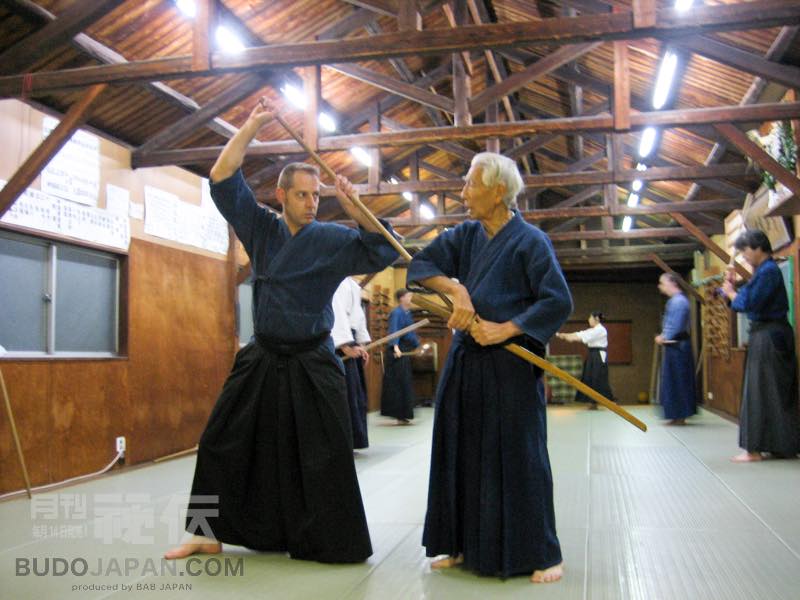 Training with Nishioka Tsuneo shihan at the Bunbukan dojo in Tokyo, Japan

I think my group is the only one in Spain (although there are groups practicing Seitei Jo) and I have subgroups in Valencia, Barcelona, Seville and Lisbon (Portugal) apart from the main group in Madrid with a total number of around 30 people. As for other Koryu schools, they are few, scattered and with very little interaction between them. 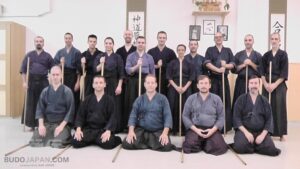 Under normal conditions I go once a year for a few weeks to train and see the family (my wife is Japanese). Members of my group have come in a couple of occasions. But we invite every year Watanabe Taisuke, Menkyo Kaiden Seiryukai sandaime, the appointed successor of Nishioka shihan and Kitta Masami, also Menkyo Kaiden, for a week’s gasshuku here in Madrid. 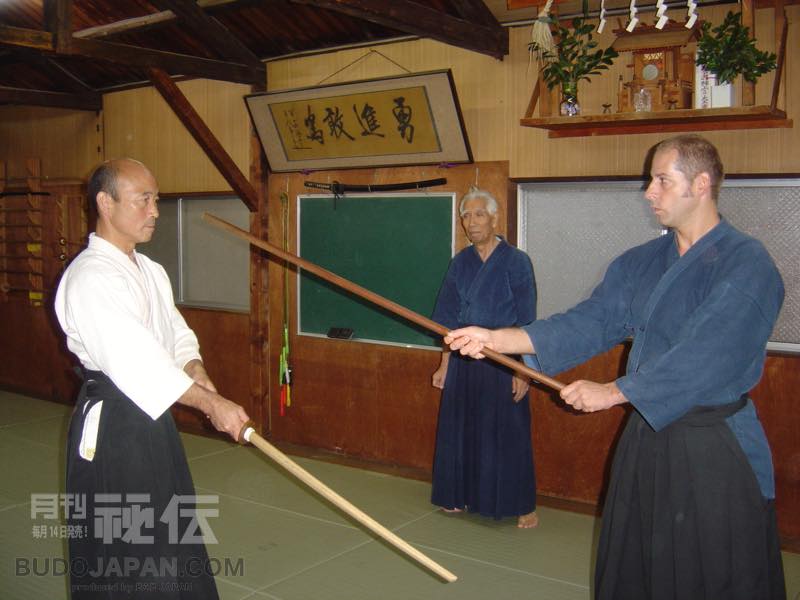 Training with Arai Katsuhiko while being watched by Nishioka Tsuneo sensei at the Bunbukan dojo in Tokyo, Japan. 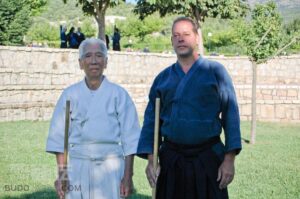 I guess first is the lack of qualified teachers in these arts. Also the fact that most people don’t know much about classical arts and/or confuse them with gendai budo, the modern arts. Many people don’t know that they are different things altogether. In other cases students are told that they cannot train in a traditional school until they reach certain grading in a modern art and many never reach that level. And then, many among the few who manage to overcome these difficulties and manage to engage in a classical ryu, cannot cope with the mentality needed to practice it; they lack the patience necessary to attain something and they want to see results right away, something that is simply not possible. Or their individualistic mentality, a product of our times, makes it very difficult. 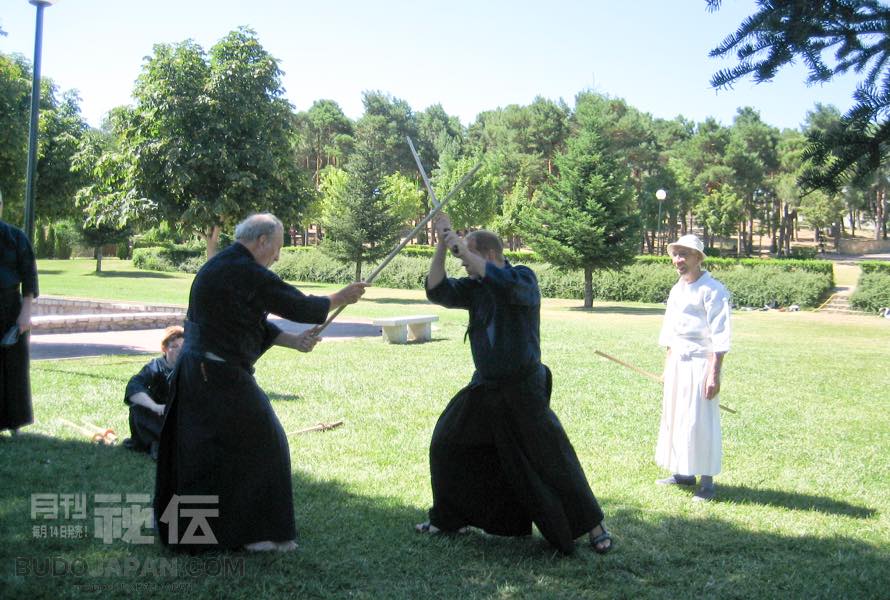 Vicente Borondo and Pascal Krieger, president of the European Jodo Federation and the International Jodo Federation, training in front of Nishioka Tsuneo shihan 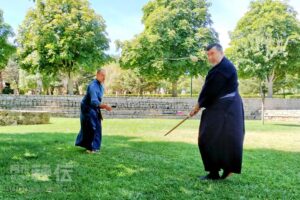 Training in Isshin-ryu kusarigama jutsu, one of the associated arts of Shinto Muso-ryu Jojutsu

There are always exceptions but generally speaking we could point out a few things: Usually the koryu groups are small in numbers and the teaching methodology of most ryuha is designed for it (although some have adapted a bit to the times). The goals are also different with gendai budo being more concerned with competition and medals while in the koryu we focus more on training for shinken shobu (fight to the death) and the right transmission of the school. The result of this difference in goals is usually that in the gendai arts it’s the individual who is at the center, instead of the group as happens in the koryu schools. Also the roles of tori and uke (shidachi and uchidachi in Shinto Muso-ryu Jo) are reversed; in the old schools traditionally is the teacher who receives the student’s techniques, who takes the loosing side. This of course has important consequences. 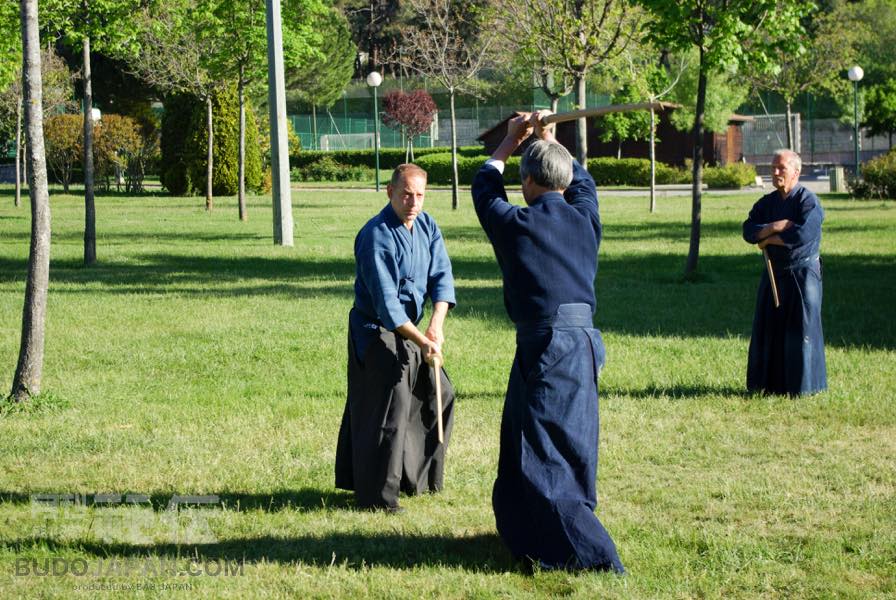 Training with Watabe Taitsuke, appointed successor of Seiryukai by Nishioka Tsuneo shihan while being watched by Pascal Kriger shihan. 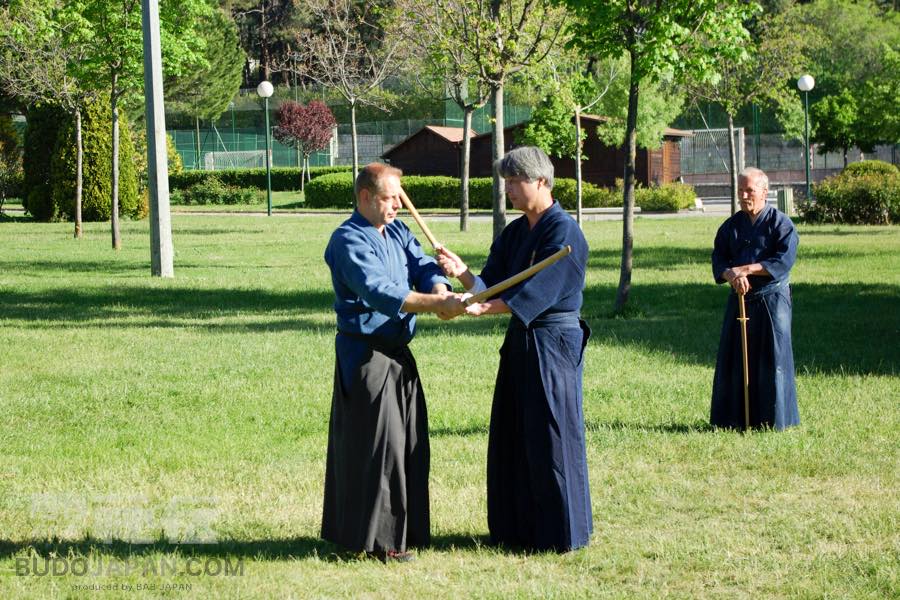 Training with Watabe Taitsuke, appointed successor of Seiryukai by Nishioka Tsuneo shihan while being watched by Pascal Kriger shihan.

Historically our art has managed to adapt itself successfully to the times. The jo was been taught to the police in Japan (the Tokyo riot police) for practical use until very recently and Ikkaku-ryu, one of our fuzoku ryu (associated arts) was the base for the keibo (police baton). Technically the jo, and despite its simplicity is very versatile: we can effectively use any part of the weapon. And our system is especially good for understanding maai (distancing) thanks to the use of weapons of different lengths and reach. 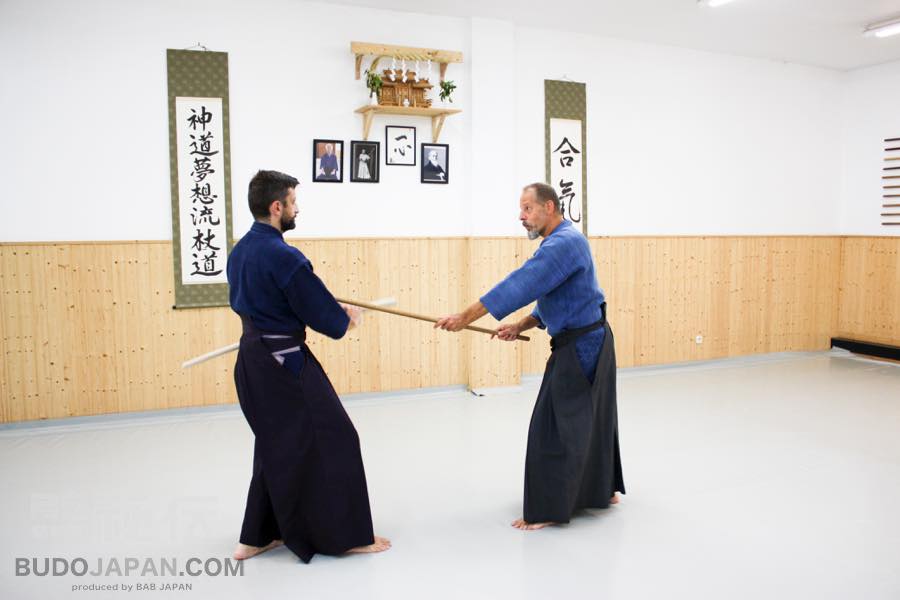 Apart from the obvious physical benefits derived from the activity through the practice in these arts one develops intuition and good sense of maai in the physical as well as the mental and social aspects. All this can be very useful in daily life. There is also the cultural and historical aspect; these schools are fantastic windows from which to take a look at Japanese past and its culture. The focus on shinken shobu teaches one about confronting death and as it has been said, when you learn about death you learn about life.

There is a community of around 1500 Japanese in Madrid. My own wife is Japanese so we have quite a few friends among them. Sometimes we attend cultural events or get together with these friends. There are three or four families we see every week so our kids can study Japanese. 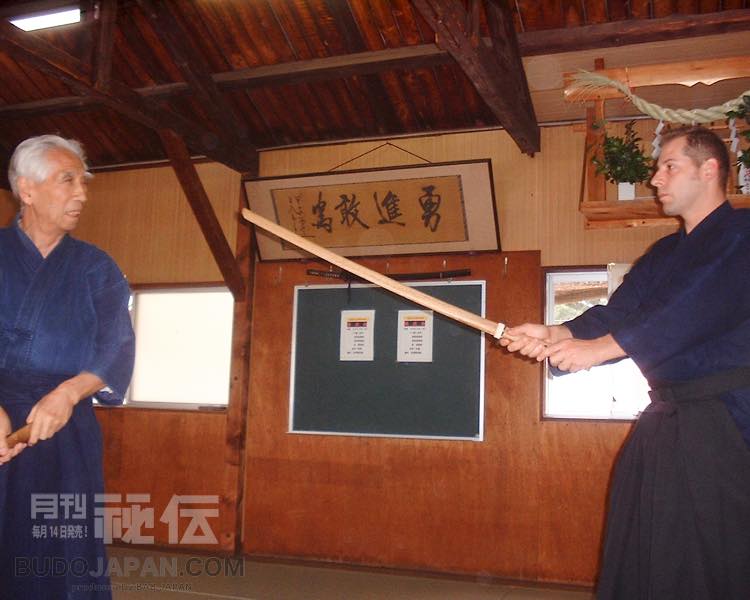 Training with Nishioka Tsuneo shihan at the Bunbukan dojo in Tokyo, Japan