HOME >  Feature Articles >  【The Brush is the Sword of the Mind vol.12】Yamaoka Tesshu 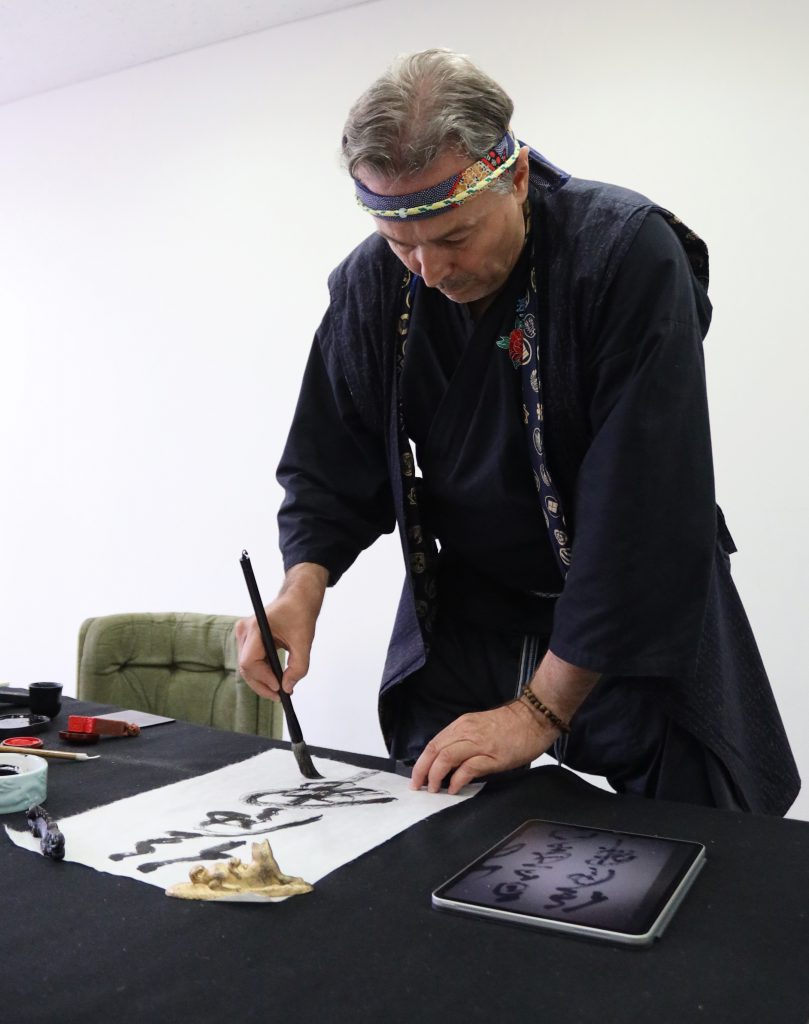 In the past many masters of the sword were also masters of the brush. The arts of the sword and the brush share many things in common, and each contributes to the other. In this series William Reed, Shodo 10th-dan and Aikido 8th-dan, explores the spirit of the Samurai as revealed in their brushstrokes. In this 12th and last article of the series we look at the brush writing of Yamaoka Tesshu, Founder of the Mutoryu School of No Sword, a true Master of the Sword and the Brush, from the point of view of a modern Renaissance Samurai. 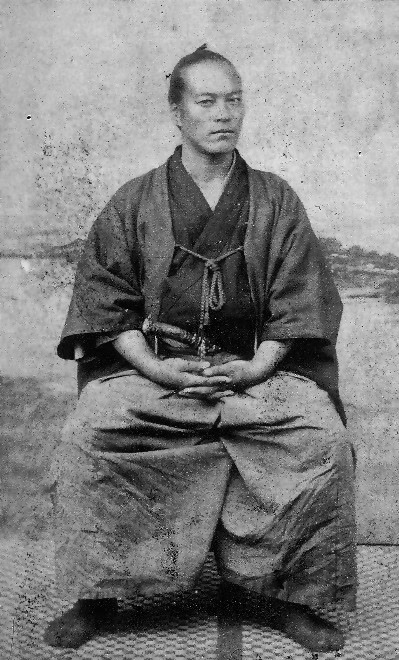 Yamaoka Tesshu’s name is well known to anyone who has seriously studied Sword, Zen, or Calligraphy.

Three years ago I received a special gift from a certain Zen Priest, a book called Stories of Yamaoka Tesshu, written by a direct disciple of Yamaoka Tesshu, with the second edition having been published in 1942. The spine of the book had been broken and repaired many times, as the priest had often perused the book looking for inspiration in his Zen training.

Yamaoka Tesshu was born in 1836, in the part of Edo known as Honjo. At the age of 9 he began studying swordsmanship in the Shinkageryu from Kusumi Kantekisai, but in the following year he moved to Hida Takayama, where his father took up a new post. It was here that Tesshu met and began studying with the Calligraphy Master Iwasa Ittei. At the same time he studied the Hokusai Itohara Ryu from Inoue Hachiro Kiyotora. Tesshu began studying Zen around the age of 13.

Episodes abound of Tesshu’s heroism, but perhaps the most famous of all is how he negotiated the bloodless surrender of Edo Castle to the Imperial forces against the Tokugawa Shogunate.

The population of Edo at the time was over one million people. Despite the high risk of civilians in this dense population getting embroiled in the conflict, the two sides were deadlocked, and no solution was in sight.

Amidst this dangerous and flammable situation Tesshu acted without hesitation. First he had audience with the Shogun Tokugawa Yoshinobu to see what he thought about the situation. Then he met with the chief military advisor and did his best to convey the Shogun’s sincere desire for the benefit of the Country, risking his life in the process.

He also explained the situation to the Shogun’s Military Advisor Katsu Kaishu, and met with Saigo Takamori, the Commander of the Imperial Army at their doorstep.

Although history often highlights the meeting which followed between Saigo Takamori and Katsu Kaishu, it is not difficult to imagine that without the meeting between Yamaoka Tesshu and Saigo Takamori which preceded it, no bloodless surrender of Edo Castle would have ensued, and Japan’s history would have taken a different turn.

At the time Tesshu was still only 33 years old, and still years from his enlightenment. However, we cannot help but feel the power of his achievement, made possible by Tesshu’s ability to fully direct his mind in action.

Later in the Meiji Government, Saigo Takamori recommended Yamaoka Tesshu as the Meiji Emperor’s personal attendant. This could only have been based on deep trust in Tesshu. 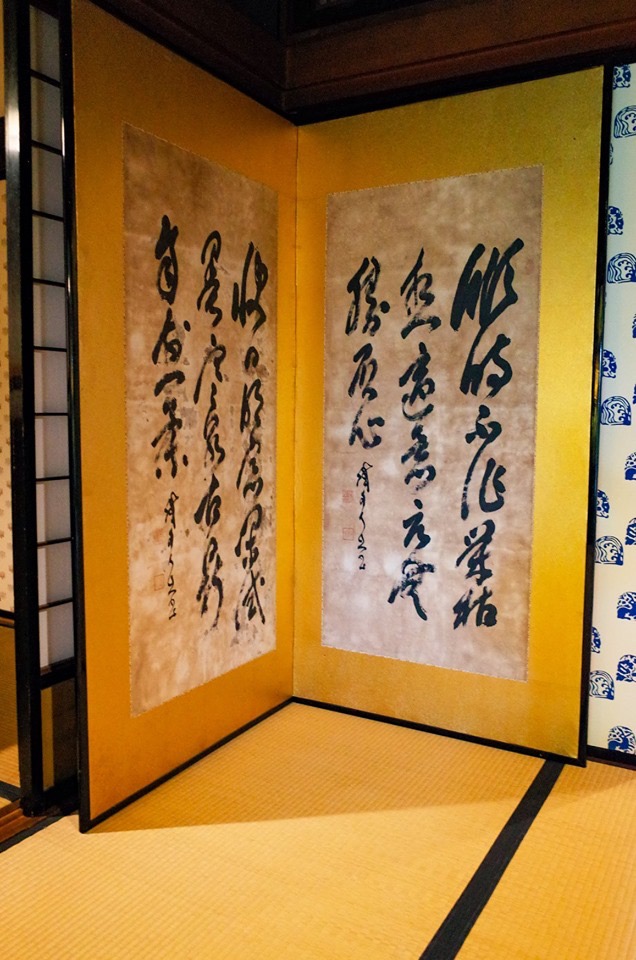 We should also mention the School of Sword which Yamaoka Tesshu founded, the Itto Shoden Muto Ryu. Tesshu wrote, “What could be the meaning of Muto, No Sword? Muto refers to the Sword of the Mind. When faced off with an opponent, it means to strike with the mind before the sword. This is the meaning of Muto.” Surely this is just as Tesshu lived.

Facing off repeatedly against Asari Matashichiro, who carried on the tradition of Ito Ittosai, Yamaoka Tesshu eventually reached enlightenment, and founded the Muto Ryu School. He left future generations with the wisdom and stern teaching that, “Everything learned must be realized. If it isn’t realized, it has not yet been learned. Our training is realized through sincere dedication of the spirit. Through this we can achieve the ultimate reach of our training. The Way is opened to those who train with ceaseless effort.”

Discerning Tesshu’s Character through his Calligraphy 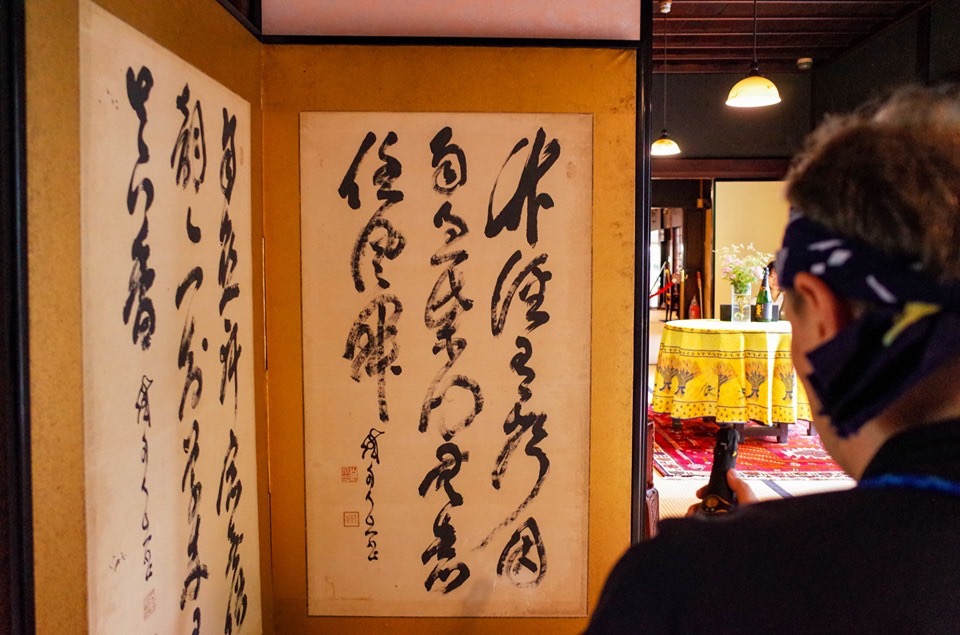 William Reed sitting before a folding screen painted of calligraphy by Yamaoka Tesshu, while tasting Tesshu’s favorite Sake Shichiken. The calligraphy is a poem that reads, “The gate swings freely of it own accord, as the wind and rain whistle through the bamboo forest.” The three characters in the third column at the upper left not only suggest abandonment to the wind, but also express the extraordinary dimensions of his character. 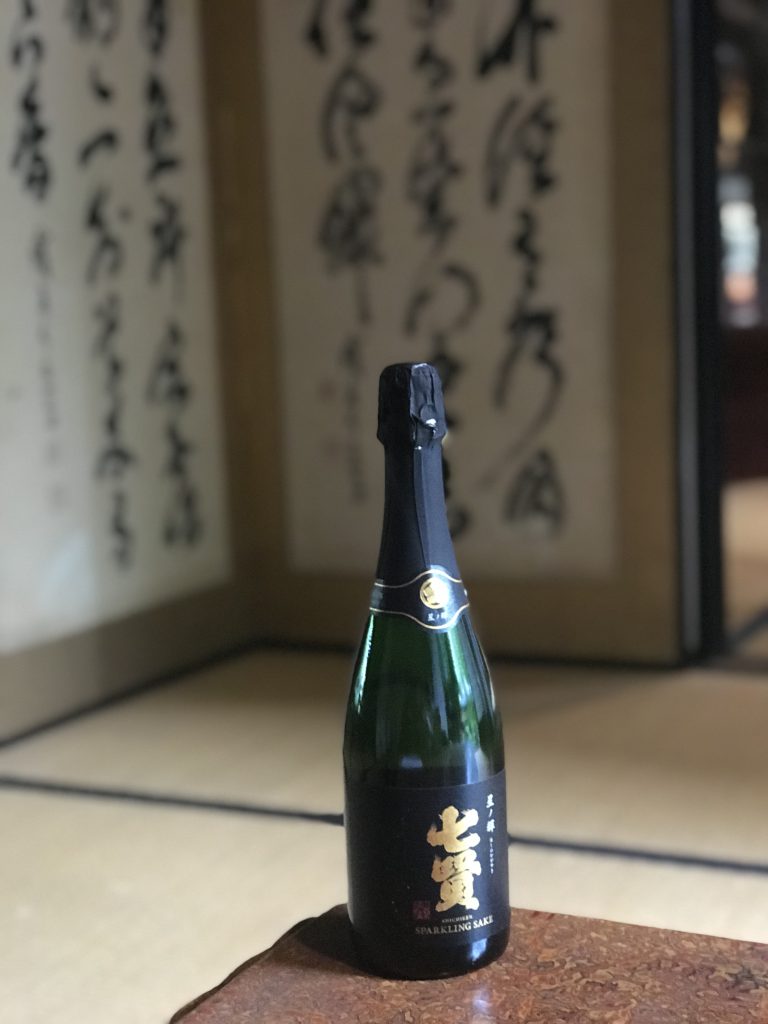 Let’s examine the three characters 任風開 (abandonment to the wind) in the third column of Tesshu’s calligraphy. The folding screen bearing Tesshu’s calligraphy is part of the collection owned by Yamanashi Meijo, a Sake Brewer which has been operating for 300 years. They are the brewers of Shichiken Sake 七賢, which was Yamaoka Tesshu’s particular favorite, and he painted many works of calligraphy for the Brewer’s collection. Yamanashi Meijo was also selected as a special site honoring the visit of the Meiji Emperor, and the original gate for the Emperor’s entry is still preserved on the site. The sixth generation of the Kitahara family attended the Emperor during his stay. The room in which the Emperor stayed was later designated as an Historic site by the Ministry of Education, Culture, Sports, Science, and Technology（MEXT）.

Several features of Tesshu’s brush writing subconsciously express his character. The beginning of each stroke (kihitsu) is bold and decisive. There is no twist or hesitation in the stroke beginnings, which is indicative of Tesshu’s strength and free wielding strokes.

Another characteristic of Tesshu’s calligraphy is long extension in vertical strokes. Ordinarily such strokes would end roughly within the original rectangular shape of the character, however in Tesshu’s case these strokes extend well beyond the frame of the character. This requires and expresses the incredible energy in Tesshu’s mind and body. Since this is an unconscious expression, it signifies Tesshu’s way of going many times beyond the average person in all of his endeavours.

Both of the characters for 風 and 開 are painted with kasure or dry strokes, but despite the depletion of ink in the line there is no sense of weakness or depletion of energy. Instead you feel an increase of energy, which is extraordinarily difficult to achieve in calligraphy, and yet it is very characteristic of Tesshu’s brush writing. The result is a line that brims with energy and resilience. It is a line that as a calligrapher you would long to achieve.

According to the biography, “My Teacher,” (Ore no Shishou), by Ogura Tetsuju, Tesshu’s direct student, Tesshu painted hundreds of works a day by request, and an extraordinary number of works in his lifetime. Tesshu’s calligraphy was considered to have the power to save the world, which is why so many people requested his work. Even the way he died seated in meditation seems to express the way he lived. It is a honor to be able to conclude this series with the work of such a remarkable human being, truly the Last Samurai.

This concludes the Series on The Spirit of the Samurai, The Brush is the Sword of the Mind. I would like to express my deep appreciation to all of the people that made this series possible. 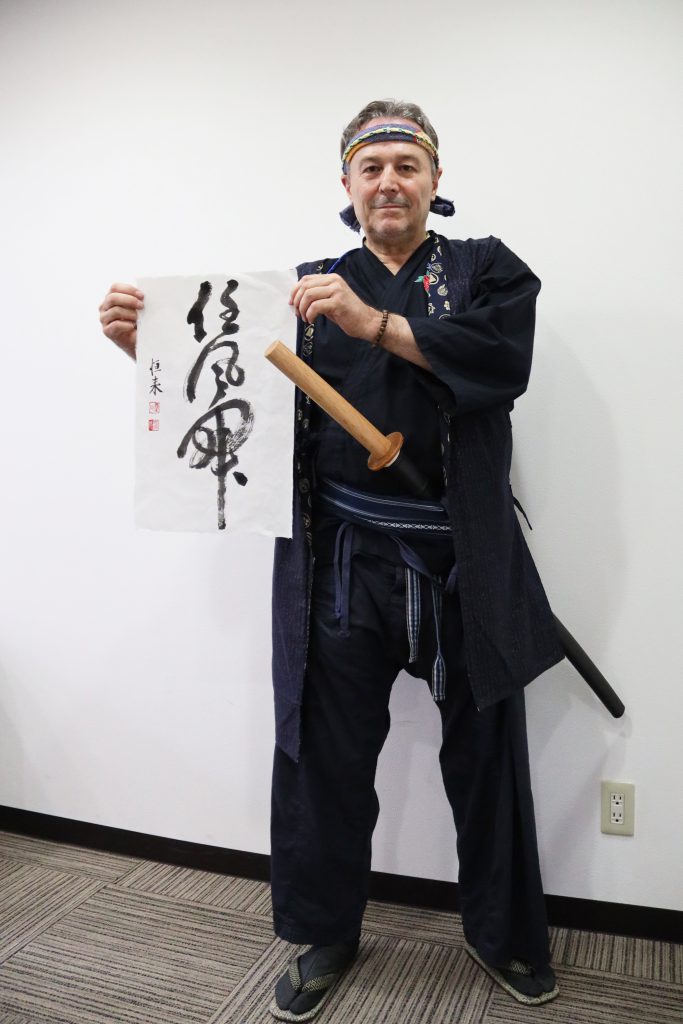