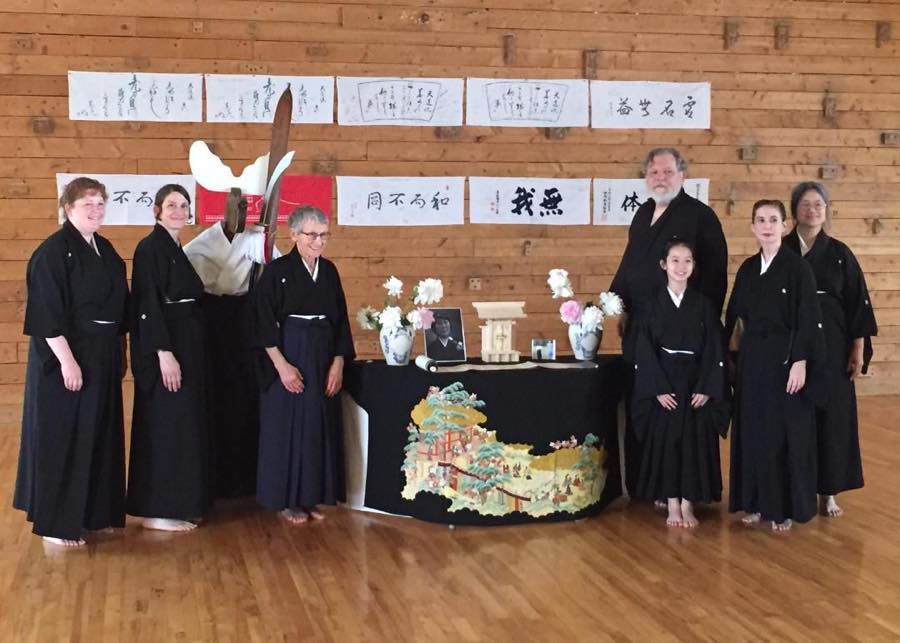 In part 28 of the Worldwide Koryu Dojo Report, we meet Raymond Sosnowski one of the pioneers of naginata (Tendo-ryu and Atarashii Naginata) in the United States. His dojo is in Alexandria, Virginia and has been disseminating naginata since 1999. 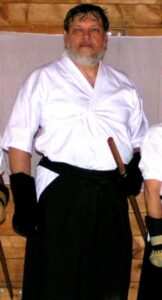 I began Atarashii Naginata at a Budo workshop during Japan-America Week in Boston in May 1996 with a 1-day follow-up seminar with the same group of visiting Japanese women instructors. About 2 months later I began Hyoho Niten Ichi-ryu Kenjutsu at the University of Guelph, Ontario, Canada (later with the 10th and future 11th Soke in September 2003 at the same location); Shindo Muso-ryu Jodo was also introduced at the same 1996 event in Canada. I began Tendo-ryu in October 1996 at a workshop following the 1st Annual (US) East Coast Naginata Federation’s Seminar in New Hampshire with the de-facto “Beikoku Shibucho,” the late Miyako Tanaka-sensei. Regular annual international training began in 2008 in Quebec, Canada; in the US and Canada, there is a close association between Tendo-ryu and Atarashii Naginata – almost everyone comes to the former from the latter. 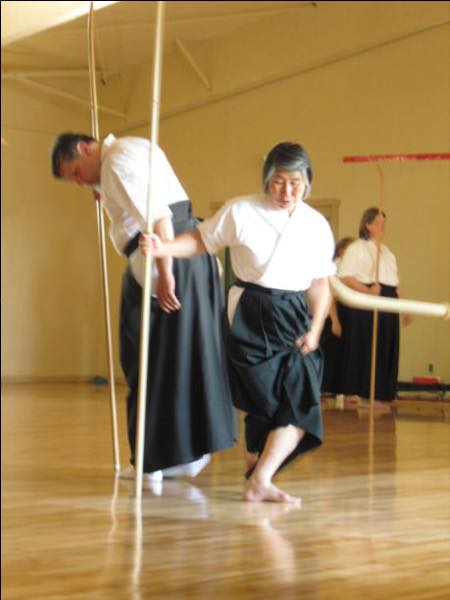 Numbers-wise, they are distributed in various somewhat isolated pockets throughout the US & Canada; the same is true of other classical arts in general. However, there is a lot of networking among various groups so there is no great sense of isolation.

Not yet; there are actually enough advanced practitioners here who can guide the rest of us in North America. And our current guiding teacher from Japan comes here annually (until COVID). Obviously COVID has put a pause on any of those thoughts. After a 2-year hiatus, in-person training is planned for the end of June 2022 in Canada. 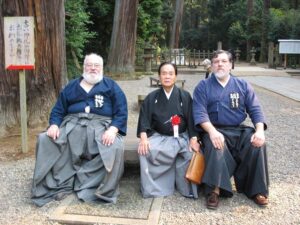 For me, it is the balance between Japanese & Western cultural norms, especially pedagogy. Many of my instructors were Japanese; I have felt that my role as a representative senior exponent is to distill the essences of their teachings into applicable frames of reference for my American students. This has been an organic process; it’s not like I deliberately set out to do this per-se, but this process evolved internally over the years. Although I came to the Japanese arts in the early 1990s starting with Aikido, I had prior training in Korean & Internal Chinese arts starting in 1973 & 1987, respectively; these I had also previously taught – there are aspects & principles from these arts that are directly applicable to my current teaching. Additionally there are even aspects of my graduate studies at Boston University in the Department of Cognitive & Neural Systems in the areas of vision, motor control & learning, and memory that have interesting applications in my teaching. 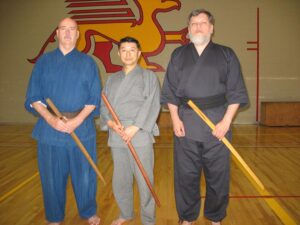 Attitude and focus for sure; Gendai Budo can place too much emphasis on gradings, titles, competitions and other achievements that can obscure or distort your original reasons for beginning training if you let them; “training to grade” can unfortunately become an overriding factor. Classical training, on the other hand, lacking a lot of the baggage of Gendai Budo (although some of it can be useful and beneficial), if they have any sort of achievement (e.g., menkyo) awards at all, can be a rather long journey between any milestones; training at times seems to lack even a hint of a goal (goals are useful for focus in training). Both kinds of training require a balanced outlook, which I try to highlight in teachings. 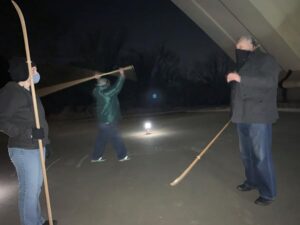 Both focus and attention to detail in addition to precision cuts with both naginata and tachi. It starts with physical (external) balance and transcends to mental (internal) balance. In Naginata, there is no overt reliance on upper body strength as these arts have been headed by women for several generations – rather it’s dependent on whole-body movement and coordination. In fact, that is what attracted me to Naginata in the first place – I certainly have the upper body strength, but I wanted to learn how to use “koshi,” and not overly rely on upper-body strength. Training male students to let go of upper-body strength (at least initially) is a rather difficult concept to get across to them – unfortunately I have experienced some long-term male practitioners who have been unable to do this. 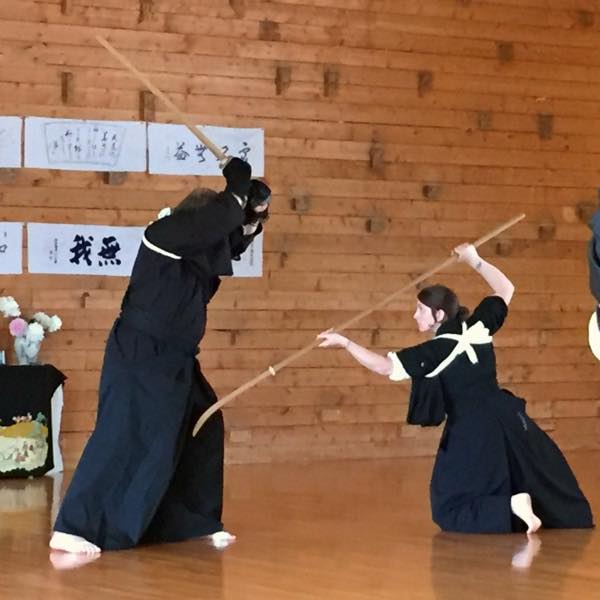 Embu at 2018 Seminar at Round Hearth, Eastman, Quebec, Canada.

Two points come to mind. Legacy is one, being part of historical martial traditions centuries old; we become part of an ancient lineage (1582 in the case of Tendo-ryu), and strive to maintain its correct continuity. Internal strength in both body and mind is another – we do not normal think of weapons arts as internal. For beginners, just the basic physical learning is daunting enough; however, in time, with proper guidance and self-awareness, focus begins to shift from the external to the internal, making the art your own (the last stage of the Shu-Ha-Ri learning process). In my mind, our overall goal is to seamlessly integrate those two aspects of our arts. Having had a long association with T’ai-Chi Ch’uan (with some Pa-Kua Chang) training and teaching, I had a significant body of internal knowledge to draw on. Likewise, a long association with Zen Buddhism practice as well as Koryu Shakuhachi (Kinko Ryu) playing has been helpful for aspects of mind and breath.   Other important internal aspects are “seme” and “zanshin” which are first manifested in the dojo, and later apply to life outside the dojo.

There is no major community to speak of in the Greater Washington DC Area. However, DC is famous for its annual springtime Sakura Matsuri festival; it is home to a large number of cherry trees presented to the US by Japan in 1912. Various sections of CAB participate with an afternoon of demonstrations. 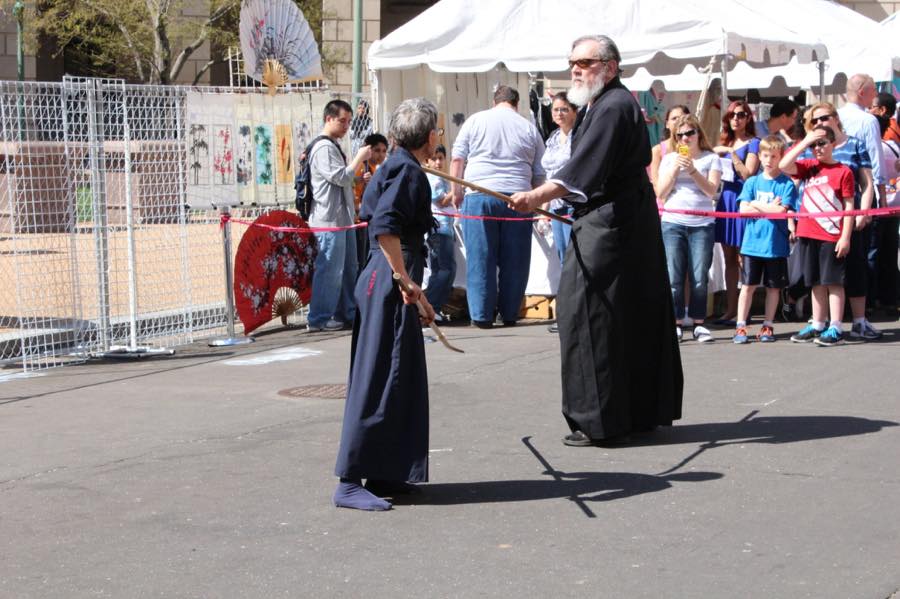