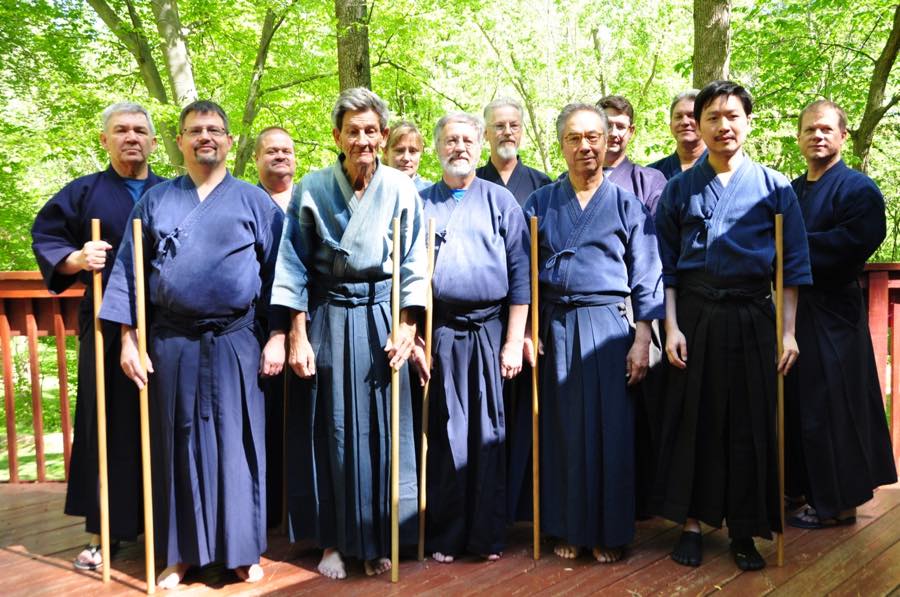 The 21st part of the Worldwide Koryu Dojo Report features Mr. Brian Hanlon who has been practicing Shinto Muso-ryu Jo in Frederick, Maryland for over 20 years. Mr. Hanlon’s is one of the groups practicing under Quintin  Chambers whom we presented in the 14th part of our series. 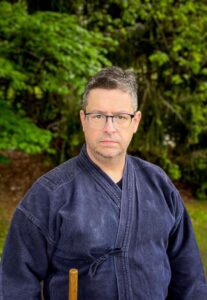 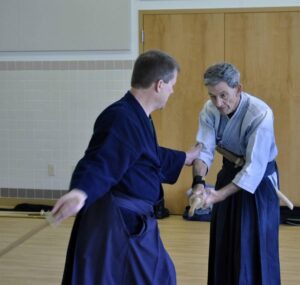 In 1998 a friend saw the class listed in the county recreation class list and suggested we go. I was practicing Korean karate at the time and just infatuated with all things martial arts. I had seen that late 70’s documentary “BUDO the art of killing” and remembered the brief clip of jodo but had no idea what it was. I remember grabbing my friends arm while my teacher and sempai demonstrated for us, and saying “We are doing this!” Once we started I remember working on the first three kihon for about a year, which for me at 23 was very difficult, and I think was an important lesson about Japanese culture and the nature of classical martial arts. By the time I reached Ran-Ai, I realized it didn’t matter how many techniques I knew, rather how well I knew what I had been taught and that I needed to trust the process and my teacher. 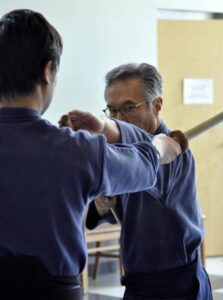 Shinto Muso-ryu is actually fairly well represented in the US. There are at least 8 Menkyo spread across the country that I know of and probably more from different lines. On the east where I live, within a drivable distance there are teachers of probably just about all the main koryu except Niten Ichi-ryu. 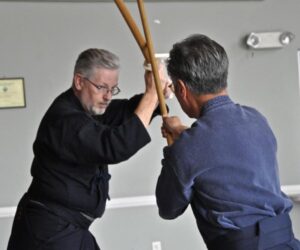 I have not been to Japan. I hope to travel there some day to study both acupuncture (my profession) and martial arts. Some of my teachers have lived there and continue to return when they can and two current members of the group have been.

Finding people to train with. Koryu is kind of a hard sell in the US because the reward for doing a koryu is doing a koryu. There are no ranks or belts to achieve so people tend to start then loose interest. Americans generally don’t seem to like the idea that they could practice something for 12-15 years and still be a beginner. It is also difficult to convey the importance of the culture and etiquette inherent in Shinto Muso-ryu to a population the celebrates it’s lack of both. Americans are wonderful people and often very unaware of the fact that we don’t even know what we don’t know about other cultures. Again, I am fortunate to have the teachers I do: they have a deep love of Japanese culture and do their best to convey their understanding in a heartfelt and genuine way.

It is likely the history and cultural understanding inherent in classical martial arts. Modern budo, does have etiquette in the sense that there are rules around ways of being in a dojo, conduct as a person and with partners; its focus tends to be more of a sport/exercise-training kind of development. Old martial arts are tied to a time and class just different form today and practicing them is in some ways like being a historical re-enactor, they contain lessons that are timeless and having the resiliency to be part of a koryu teaches more about life than just exercise and fighting techniques. We are care-takers of something much bigger than us as individuals. Modern budo practitioners have a similar obligation to their arts but the historical context may not be as crucial to the understanding, especially for foreigners. 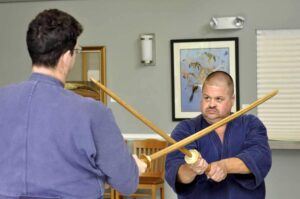 Shinto Muso-ryu, as we have it, is like the fat Swiss army knife of classical martial arts: there’s a little bit of everything in the curriculum. Jo of course is the primary weapon, then the sword (likely because historically speaking, trainees would already know it), tanjo, kusarigama, jutte, tessen and lastly hojojutsu which few practitioners still know. This art has managed to evolve over its 500 year history and part of that is the character of its caretakers: had Shimizu sensei not been willing to teach Don Draeger I wouldn’t be writing this. 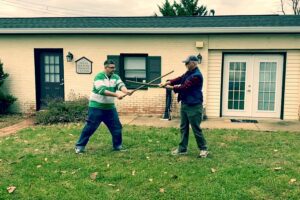 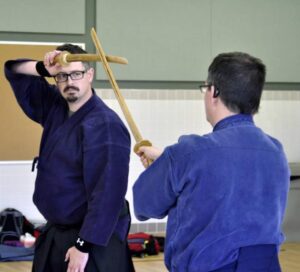 What is the benefit of practicing any art martial or otherwise? For me learning about the culture and etiquette has been beneficial in daily life, especially in the professional world where that kind of understanding is expected and not explained. Learning any art is learning to see the world in ways most people never bother with; exploring the detail and perspective of whatever that thing may be, enriches the soul. It has also given me a window into the way teachers of old designed martial curriculum: almost always, basic techniques are bigger and further away and as the student advances and gains skill, techniques become smaller, closer in and often more lethal. (This is true in koryu and modern budo.) Another insight I’ve gained is the way in which one movement may have many meanings: often the large movement of basic techniques is reinterpreted at a closer range later in the curriculum. In a sense, we practice the most advanced things from day one but don’t know it until we get to the end and we see it at closer range. 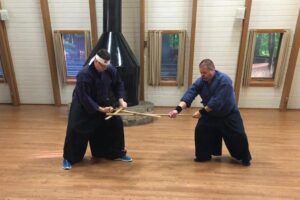 Yes, I think, and no. I have a great appreciation for Japanese culture but no connection beyond Shinto Muso-ryu. This is not for lack of interest; rather the interference of life and the need to work, continually educate myself professionally and try to see my family at some point in time. As I write this, my 6 year old is playing on her tablet waiting for me to take her out in the snow –I will blink and she’ll be going off to college. If I’m lucky maybe she’ll want to go to Japan with me one day, or even practice jodo –if not that’s OK too. 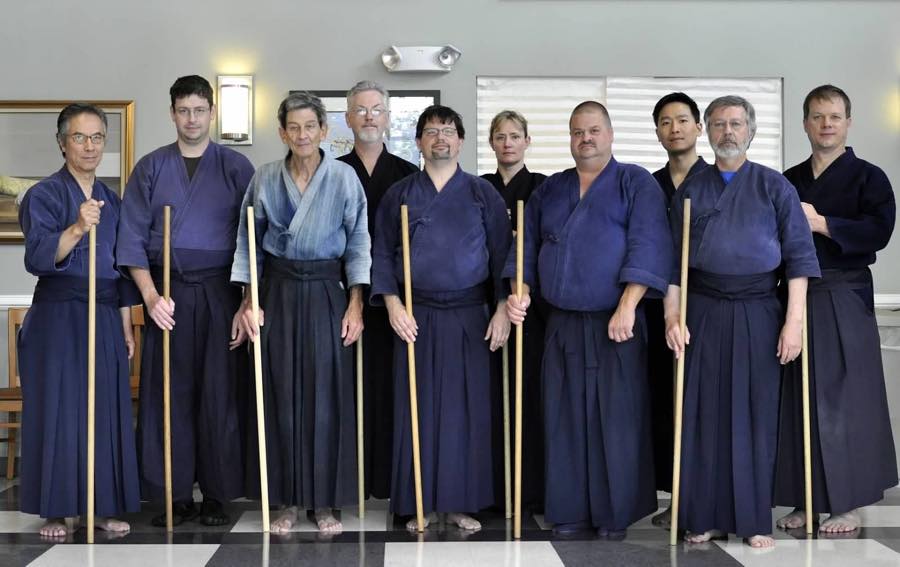