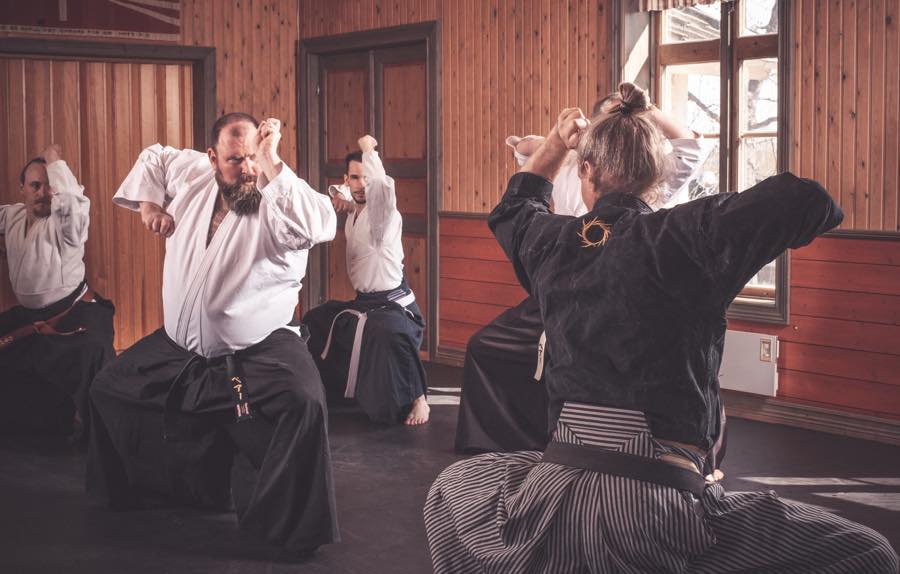 In this 15th part of the Worldwide Koryu Dojo Report we return to Europe and visit Sweden for the first time to meet Mr. Per Eriksson, a Yagyu Shingan-ryu shihandai and a student of Shimazu Kenji for over 15 years. 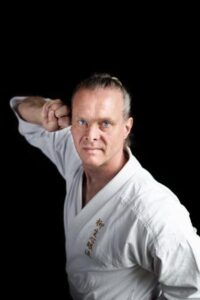 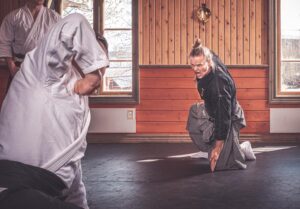 I commenced my training in Yagyu Shingan-ryu under Philip Hinshelwood sensei whilst I was studying history and religion at the University of Western Sydney Australia in 2001. On his recommendation, I became a direct student under Shimazu Kenji sensei in Sweden in 2004.

I know of Tenjin Shinyo-ryu (Tenyokai international) and Hontai Yoshin-ryu. Yagyu Shingan-ryu is mainly practiced in Karlskoga, but I have a couple of groups in other cities. 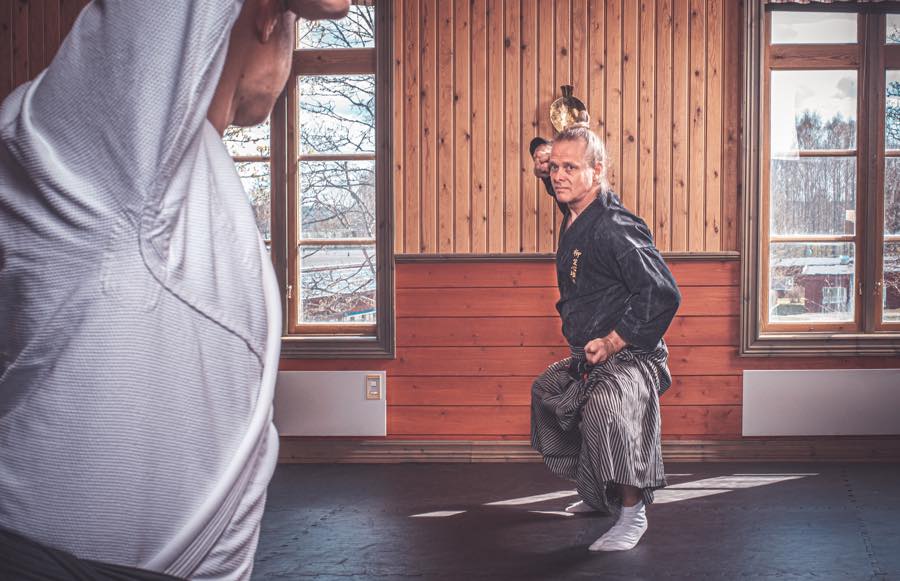 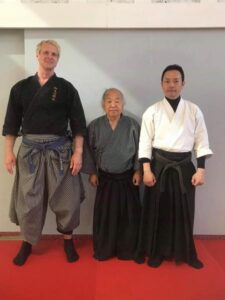 I travel regularly to Japan to meet sensei, and lately Akihisa Hosobuchi Sensei, one of Shimazu sensei’s shihan. Mostly I travel by myself, but sometimes I bring a student. Sensei has visited Sweden several times and I have often met up with him in Australia, France and Switzerland. 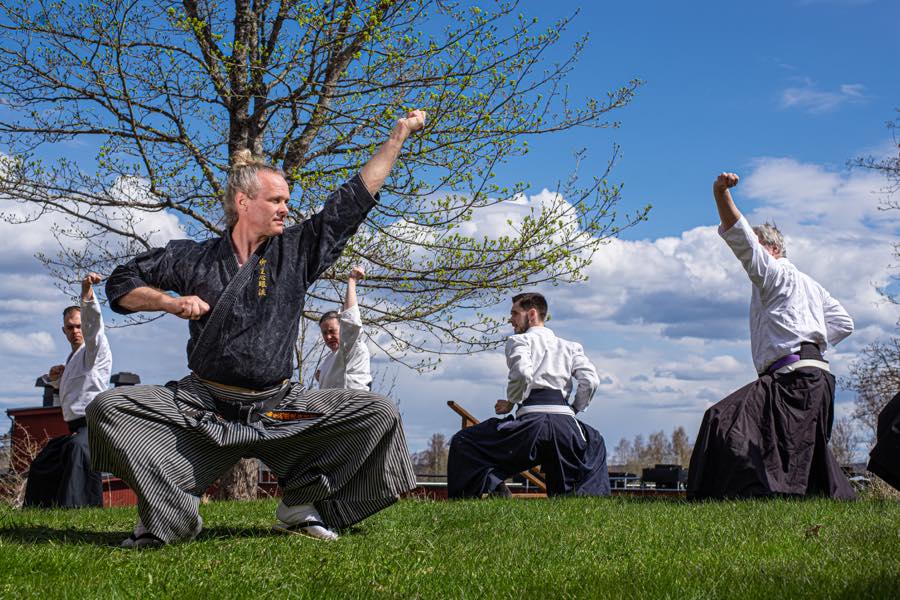 The difficulty lies in understanding a complex science, craft and art, through a unique cultural lens and in another language. For me it was a completely different way of perceiving, learning and internalizing knowledge. Take training methodology and kata, for example. In the West, there are many misconceptions about kata (for example thinking of them as lifeless forms). My experience of kata is quite the opposite. My first meeting with Shimazu sensei came to mean a new beginning. “Let’s start by walking!” I was a baby again, and I had to open my eyes, look carefully and pay attention! Etiquette, body, mind, technique, strategy, culture – there was layers of truth in everything (omote/ura). Training was intense, demanding and full of pressure, but also very rewarding. Later on I learned how bones, tendons, muscles, organs and nerves relate to technique –both sappou and kappo. I studied how to concentrate my energy (“Matsu kaze no kiai”) and connect the parts of my body, so it can adapt and flow with timing and as a unit (“Yanagi no aiki”). As knowledge matured, it became important to see with the whole body and mind/heart (Shingan). 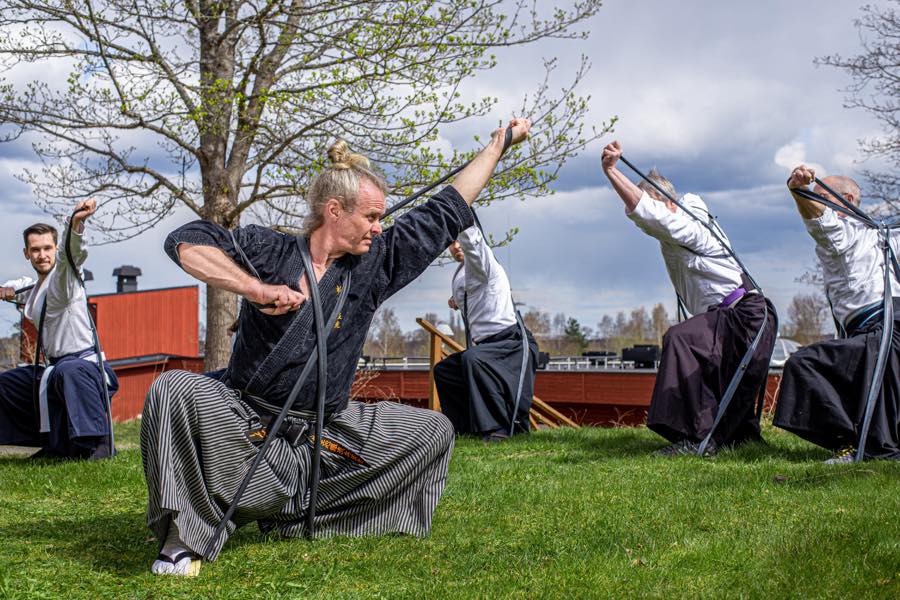 If kata is permeated with principles like this, the practitioner, in sensei’s words, becomes “pregnant with bujutsu/jujutsu” and hence full of life. Some principles and concepts are universal (body, mind, strategy etc) and some are rooted in culture. I had to be really awake and look carefully to comprehend and internalize knowledge. Before sensei actually told me I knew that sometimes I had to “steal his technique”. I had to earn it. Transmission of knowledge (through kata) is very delicate and subtle and builds on the relationship between teacher and student. It is a flow (ryu) of life from body to body, from past to present. I think this “way” is just as difficult as it is rewarding. 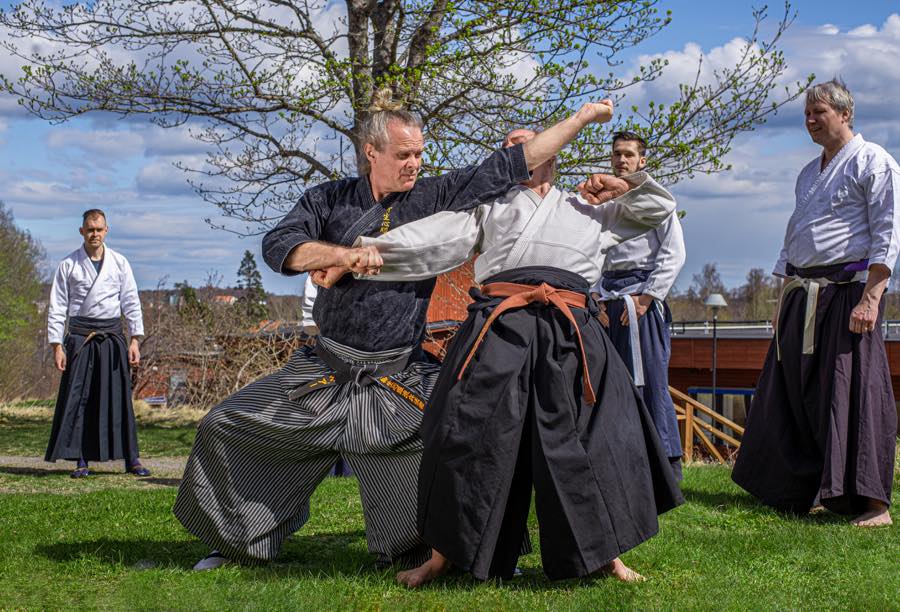 I read that bamboo takes five years to manifest above ground after planting the seed. It first establishes strong roots, but then it grows tall in just a few weeks. The same applies to technique and body culture. It takes longer to develop strong tendons and “hidden strength” for martial efficiency (or healing). Yagyu Shingan-ryu is a craft that takes time and dedication from student and teacher. Modern industrial society is fast-paced; people want results quickly and visibly, which reflects upon modern martial arts. This is a generalization; there are wonderful, skilled and knowledgeable teachers of modern combative arts. It depends on your interests and what you are looking for. 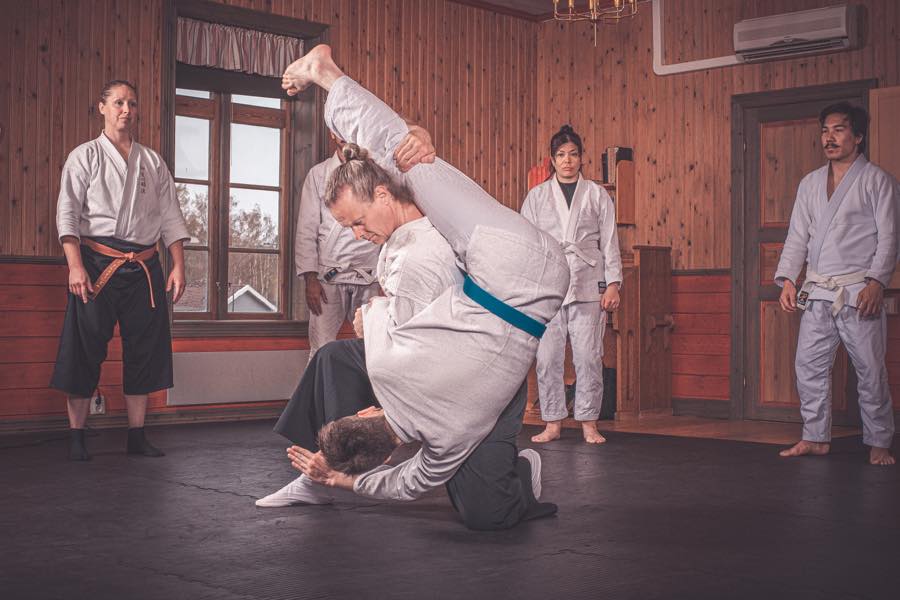 I see and feel Yagyu Shingan-ryu as down-to-earth, pragmatic and very powerful. I also immensely appreciate our school’s focus on “Satsukatsu jizai”. Sappou/Kappo (to take and give life) –two sides of the same coin– rely on deep understanding of human anatomy. I have witnessed Shimazu sensei’s healing skills and they are mind-blowing. It is the mark of a true master and very beautiful. 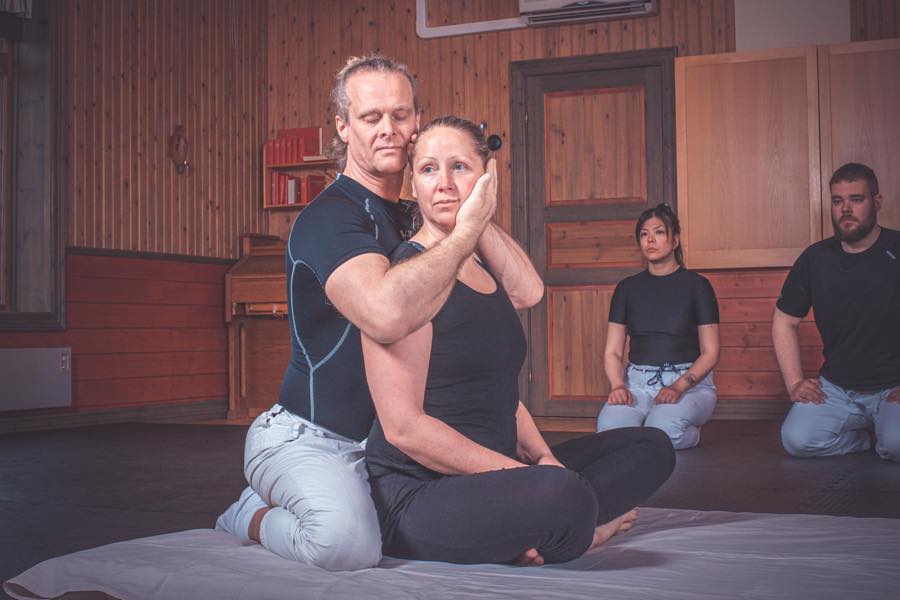 I see how Yagyu Shingan-ryu does wonders for many students. Training provides strength and tools to “carry themselves in the world” and also means to help others. I teach Yagyu Shingan-ryu and grappling arts full time at Karlskoga folkhögskola (a “folk high school”). After witnessing the transformation of my students, we will expand and build a new dojo, “Shi Sei Kan”. The dojo name was suggested by Hosobuchi sensei and blessed by Shimazu sensei in Japan 2018. A ceremony was conducted in June 2019, when Shimazu sensei visited us in Sweden together with Hosobuchi sensei. 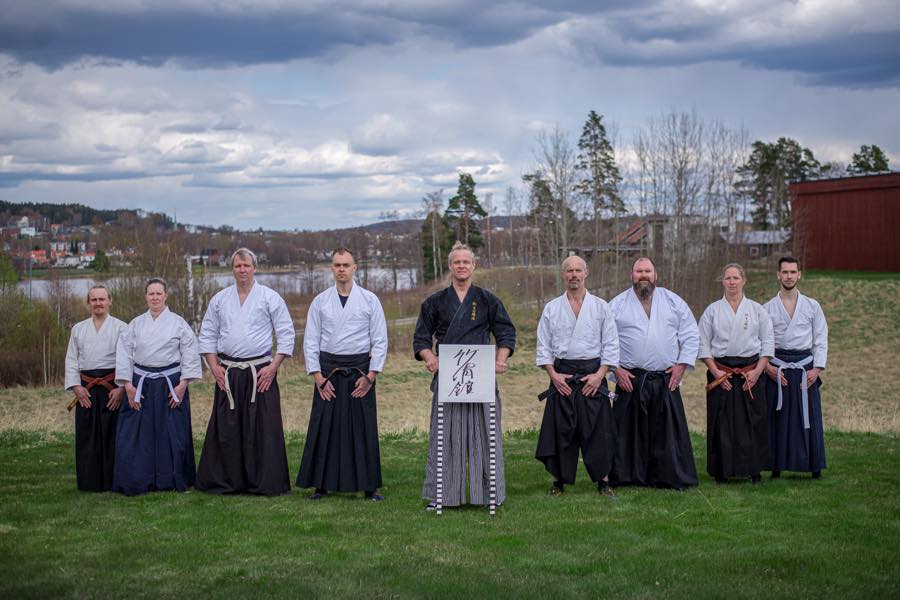 Karlskoga is small and has no Japanese community. My main Japanese connections are within my Yagyu Shingan-ryu family. I hope the new dojo will be a bridge between our cultures, between old and new and enable us to serve society. Not by creating “hybrids” but by promoting koryu as pure as we can. Knowledge, good will and cooperation is key. I feel blessed to be a part in this journey and to be able to teach Yagyu Shingan-ryu professionally. Next semester, a student is coming from Japan to study Bujutsu/Budo and the Swedish language at our school. I am sure we will learn as well. 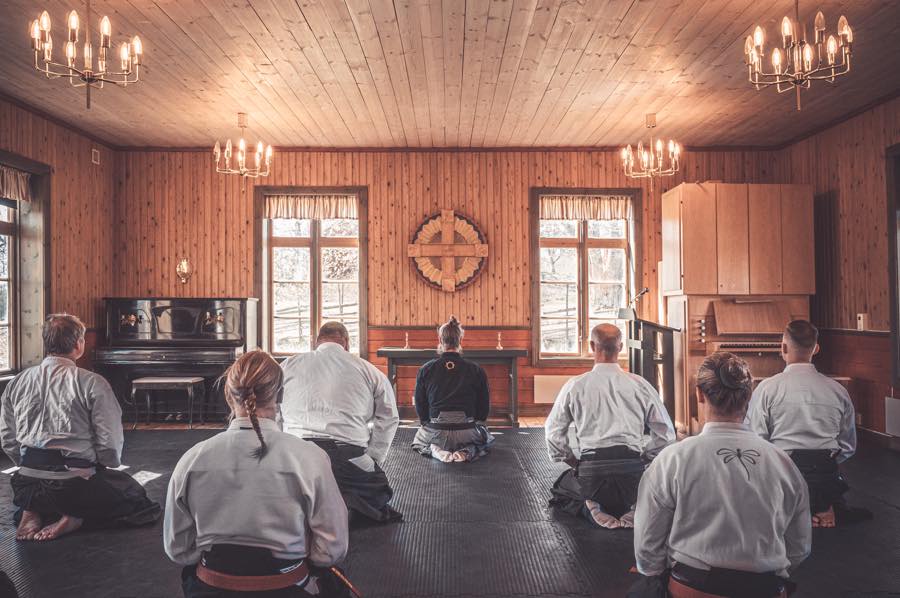