One more time in Australia, we get to meet in our 9th installment, retired police officer and Police Academiy instructor Philip Hinshelwood who has been studying Yagyu Shingan-ryu Heihojutsu and Morishige-ryu Houjutsu Tamizou-den Shimazu-ha under shihan Shimazu Kenji for over 30 years. Besides a personal path, these arts have been for Mr. Hinshelwood an integral part of his work in law enforcement, something many people rarely think possible. 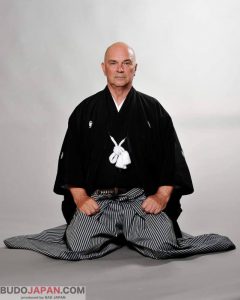 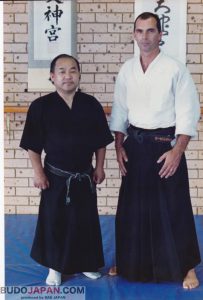 Originally it was from reading Donn F. Draeger’s books. During the 1970’s koryu did not exist within Australia. However, I was determined to one day become involved in the classical arts of Japan after reading his books -it was only a matter of right timing and introduction. In January 1989 I met Shimazu Kenji sensei of the Yagyu Shingan-ryu Heihojutsu ‘Chikuosha’ at his home in Nishigotanda in Tokyo.  I had been in Japan for some time training with Ikeuchi Kokichi sensei of Sogo Jujutsu Shudokan who was my first Japanese teacher of modern budo. I was also training at the Yoseikan and Nippon Shorinji Kempo dojo in Shizuoka. It was Ikeuchi sensei who took me to Shimazu sensei’s home and introduced me. 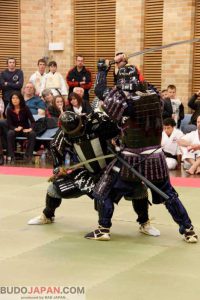 Australia is a big country. Yagyu Shingan-ryu Chikuosha is spread far and wide from Noosa, Brisbane and the Gold Coast in Queensland to Sydney in New South Wales and in the outback (North West) of New South Wales at Gunnedah where our head dojo is located. From the Gunnedah dojo I have travelled 760km into Queensland to teach my students in Noosa, Brisbane and the Gold Coast. We also have an annual gasshuku on the Gold Coast where all members attend. We also have another gasshuku in the Hunter Valley about 300km from the Gunnedah dojo where I have two students. I have two students in Sydney which is 500km from Gunnedah.  A few classical martial arts in general are in just about all capital cities of each state in Australia. I believe Yagyu Shingan-ryu and Morishige-ryu are the only classical arts located in regional Australia. 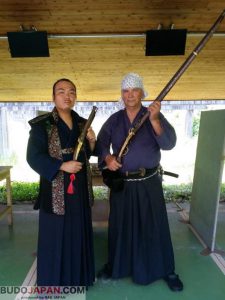 Yes, we do. We usually arrive in Japan late October each year and return to Australia by mid-November. When in Japan we base our group in Kawasaki which is only a short drive to Shimazu sensei. We arrange accommodation for my students, and my son John Hinshelwood and I stay with our “Japanese family”. A couple of us sometimes travel to Japan twice a year. 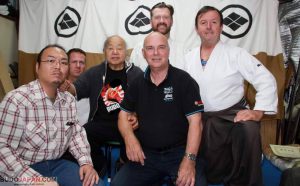 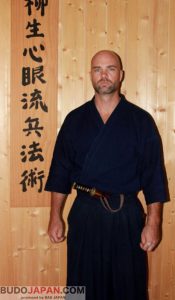 For me it would have to be the distance from Australia to Japan which can slow down my education and training in the classical arts somewhat. Obviously, the language barrier can be an issue, but fortunately some of my Japanese colleagues can speak English well. However, here in Australia I practice, study and teach what Shimazu sensei has taught me to the best of my ability on a regular basis. Of course, as I age my body declines, but my mind is sharp, and I can speak from practical experience. John Hinshelwood is my most senior and experienced student and assists me very much during keiko. 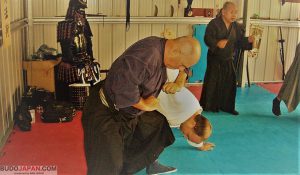 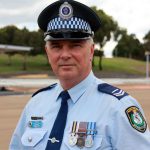 Initially whilst studying the modern Japanese martial arts in the early 1970’s, my father gifted me the book “Classical Bujutsu” written by Donn F. Draeger. It was through this book and the next two volumes “Classical Budo” and “Modern Bujutsu and Budo” where I began my education into the classical and modern martial arts. For me as a police officer, the reality of the outcome when dealing with a violent person and practicing the classical martial arts such as Yagyu Shingan-ryu along with my mind-set was the difference. 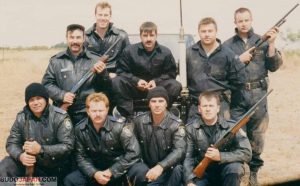 One of the NSW Police Force tactical teams Philip Hinshelwood was instructing. He is in the front row, second from right 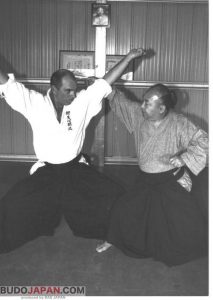 I’ve always liked studying history. So, the historical aspects of Yagyu Shingan-ryu and the previous headmasters is very interesting and important to me: I have so much respect for our preceding headmasters of the tradition. The same is also true about the technical aspects, for example when and why certain techniques were introduced into the tradition such as the torite idori. As a 32-year veteran police officer (now retired) I particularly focused on Yagyu Shingan-ryu torite jutsu and yawara during my career when dealing with violent offenders. Technically Yagyu Shingan-ryu and its practicality were paramount during my time serving a small outback (isolated) community as the only police officer for 8 years with my nearest back up 50km away. Also, as an instructor at the Police Academy and operative in the tactical teams, and when I was instructing many other police officers in weapons and defensive tactics. Several police officers I worked with, studied Yagyu Shingan-ryu under me and some still do. Shimazu sensei was also our guest instructor at one of our police weapons and defensive tactics days in 1993 during one of his several visits to Australia. He left an immense impression on the Police Officers. 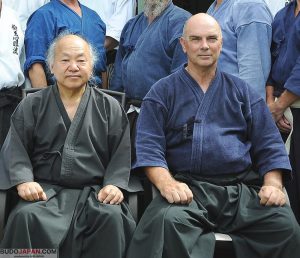 Whilst the weapons of Yagyu Shingan-ryu are archaic, I do have a valued sense of satisfaction when practicing with them. When I was teaching police recruits at the Police Academy, I would teach the firearms handling methods based around the Yagyu Shingan-ryu sword drawing principles. The same applied also when I taught the long baton and extensible baton techniques, much like the hanbo; it was much like kata and the recruits enjoyed the teaching method as opposed to additional methods of teaching by other police instructors who had no Japanese classical or modern martial art experience.Through experiences such as those, I and my Yagyu Shingan-ryu students, including police officers and civilians, gained the added benefit of creating strong relationships here as well as in Japan with our fellow practitioners and with Japanese police officers. One more benefit is that this practice keeps me physically sharp and focused and that is allows the few students I teach Yagyu Shingan-ryu to appreciate the tradition and the efforts of our headmaster Shimazu Kenji sensei.” 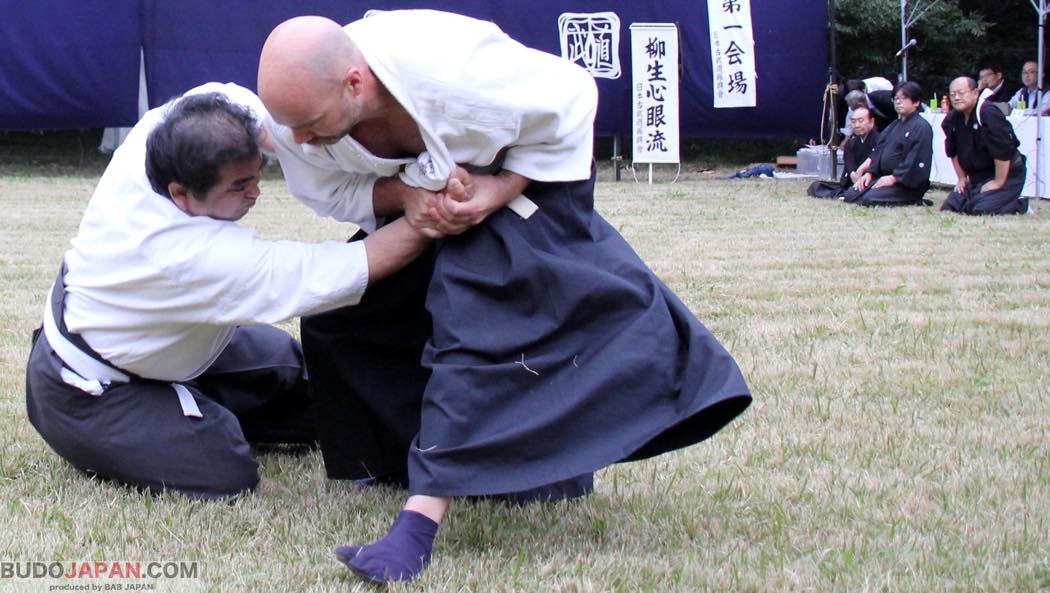 There is no Japanese community in Gunnedah. However, I do have a few Japanese friends in Sydney which is 500km from Gunnedah. 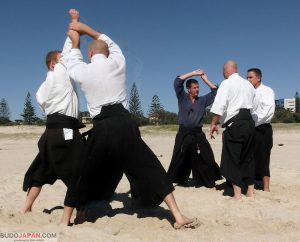 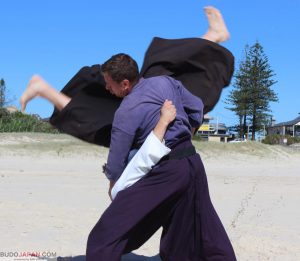 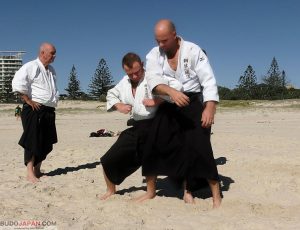 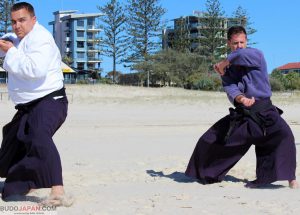 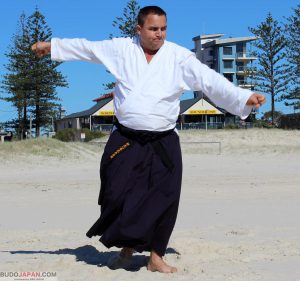 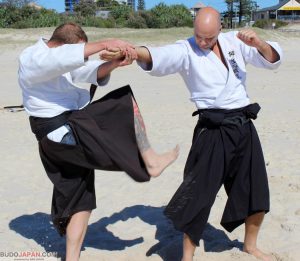 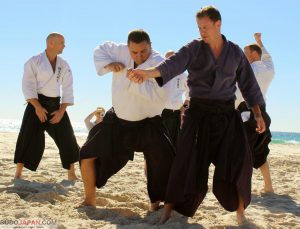