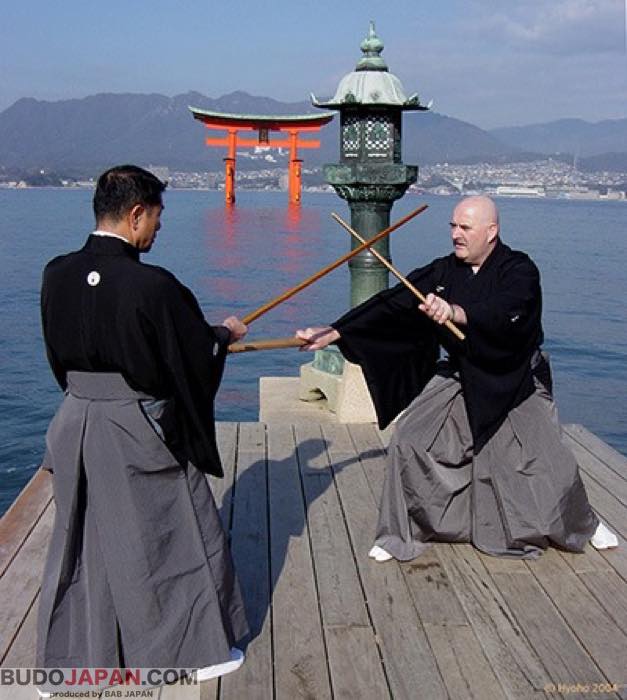 A practitioner of Japanese martial arts since the 1960s, Englishman Colin Hyakutake-Watkin lived in Japan for over 25 years and reached menkyo in the art of Miyamoto Musashi, Hyoho Niten Ichi-ryu. For the last 22 years he has been spreading his knowledge of Japan’s sword arts, classic and new in the Philippines with an amazing response from the local community! This 8th part of the World Dojo Report documents briefly his long journey since 1964. 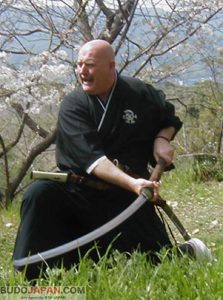 I was never too interested in the Western idea of learning the arts for self defense. What pushed me towards the sword arts was the fact that they were all using the same weapon regardless of stature: it equaled everybody up and enabled you to interact with everybody. 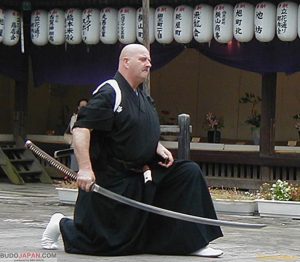 I started to practice back in 1964, karate and jujitsu, then on to kendo and iaido in 1968. I formed Cornwall Kendo/Iaido dojo in the UK in 1975. Arrived in Japan in the early 1980s as a kendo and iaido yudansha for a twice daily practice as a member of ZNKR; my dojo was Kenseikai in Saga, and my teacher Sakai Yoshizo, a student of kendo 10th dan Oasa Yuji.

I stayed on as a resident working in education and teaching kendo until 2008. I still teach kendo in the United Kendo Federation of the Philippines which have has now become a member of the International Kendo Federation. After watching a Hono Embu I was given a formal introduction and did a practical examination to be able to enter and practice Choken Batto Jutsu Kage-ryu since 1987. I have also been practicing Hyoho Niten Ichi-ryu since 1993, with the 10th and 11th Soke Imai Masayuki Nobukatsu, and Iwami Toshio Harukatsu and I’m still teaching international seminars with a large following in Canada. 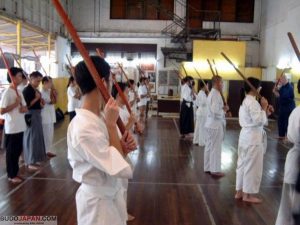 Hyoho Niten Ichi-ryu and kendo are quite widespread here in the Philippines. This stems from people practicing Filipino Arts such as Escrima and Kali and having in turn a great interest in other Asian arts; as a matter of fact, martial arts like judo and aikido as well as local Escrima/Arnis are part of the educational curriculum falling under physical education. Regarding other classical arts, I really can’t say; I think there is a Tenshin Shoden Katori Shinto-ryu group and I’ve come across some batto jutsu but not much beyond those.

It would be nice if we could but the easiest way for us to progress is to try and bring teachers here to help. 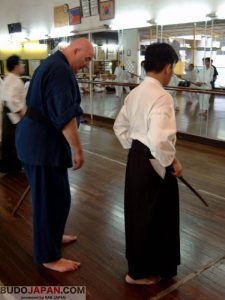 Firstly, to try and hand on our art “as is” from one teacher to the next: our founder did express a desire for no adaptation. Secondly, to be able to clearly separate the arts to reach a higher level as there is a tendency of one art to bleed into another- it’s all too easy to fill in gaps of what we have not learned with something we already do in another art. Lastly, to teach people to be able to generate sword power from the lower half of the body, the koshi/hara region. 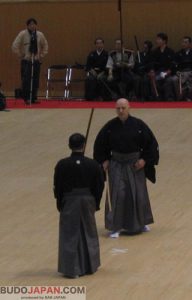 In the classic arts, one tends to remain more stationary and deal with an opponent coming within one’s own ma-ai whereas modern sword arts deal with things more on a moving around and going through basis; they are a sport-like activity but at the same time highly technical and competitive, performed in a framework of rules and with equipment that allows to practice freely without fear of injury. In the classic arts, the only thing that keeps us out of the hospital is the fact that they are performed in prearranged forms and relying on the senior to slow things!

The concept of kendo is to discipline the human character through the application of the principles of the Japanese sword. Musashi’s concept was, since we are born and live on this earth we should face God, give birth to children, increase the human race and make everybody happy. In order to do this we have to face the unavoidable and our fatality. His ideal was that to learn the sword we must learn the heart; learn the heart and you will never need to pick up a sword!

With this I have great difficulty in understanding how people who do nito kendo relate to any of this historically as the concepts differ. The main difference has to be that we wear no protective equipment. Even if we did we would be looking for unprotected areas to strike. 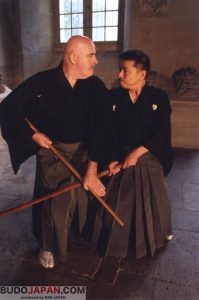 From a purely technical standpoint, learning to deal with a committed attack; learning to only deal with a committed attack is the epitome of swordmanship. Ina broader sense, it’s the transition of our founder Miyamoto Musashi from satsujin ken to katsunin ken. From his well known duels to him later proclaiming that he had earned little in the actual killing period of his life. He had said that as long as we have our lives and we are on this earth we have to try and create for ourselves a wonderful peaceful life. In order to do that we must have peace of mind and a strong sense of morality. But considering the history of morality we also need great strength, therefore we must train in a martial way for the security and peace of our countries. The sword is the heart.

It is an excellent cultural activity that teaches confidence, self discipline and respect for one another, improves one’s health and especially in our case brings us together as large family. Towards this end I have to leave a legacy for my students. It’s why my teachers gave me such knowledge: to hand it on to other Westerners/Asians and bridge that gap. 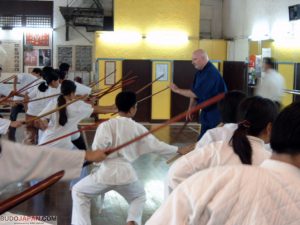 Not really, apart from retirees. We have a few visiting Japanese but mostly for more modern martial arts; in all, it’s rather sad to see so few Japanese people that practice the arts. I have had the privilege of learning from some very famous headmasters that have now passed on. I’ll be seventy-four years of age this coming birthday so I would like to appeal to Japanese people to make more of an effort in preserving their culture for future generations in Japan and the rest of the world.