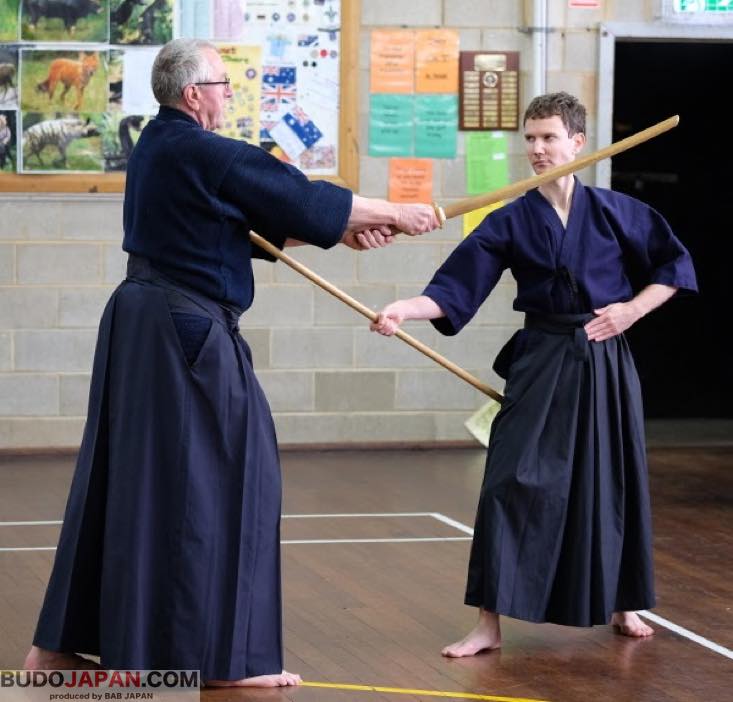 For our fifth installment of the “Monthly Worldwide Koryu Dojo Report!” we travel to Adelaide in the south of Australia and talk with retired policeman Bill Fettes about his 50+ year-long journey in Japan and China exploring a multitude of martial arts. In his dojo, Budokai Australia he is teaching Shindo Muso-ryu, Toda-ha Buko-ryu, aikido, Xingyi Chuan, Bagua Zhang and Taijichuan. 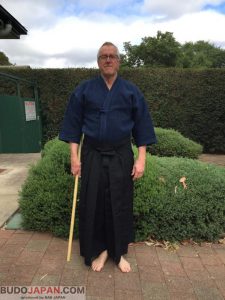 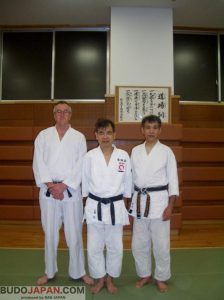 At the Shibuya Sports Kaikan with Futami Kenkichi and Hagiwara Taro

I commenced aikido in 1969 and in 1980 I went to Sydney and located Paul Maloney sensei.  Paul was teaching Shindo Muso-ryu Jodo and I had read most of Donn Draeger sensei’s books on the koryu and was particularly interested in the jo. I went to Tokyo for 7 or 8 months between 1981 and 1982 and through friends, I was invited to the Zoshukan Jodo dojo, under Kaminoda Tsunemori sensei and also commenced my study of Taijichuan under Nakano Harumi sensei. I returned to Japan from 1985 to 1993 and commenced Xingyi chuan, Bagua Zhang and Shaolin Chuan under Matsuda Ryuichi in 1986 and in 1989, I was invited to join the Nakano dojo of the Toda-ha Buko-ryu under the guidance of the late Nitta Suzuo sensei.

Toda-ha Buko-ryu, as far as I know, is only formally practiced in Melbourne and Adelaide at the moment, although a former student of Liam Keeley shihan has recently relocated to Cairns in Queensland.  Shindo Muso-ryu (or Shinto Muso-ryu as it is sometimes known) is practiced in all mainland states of Australia under qualified teachers. Melbourne has a group practicing under the Kendo Federation banner as well as a group at the Melbourne Koryu Kenkyukai (of Keeley shihan), doing SMR, which I visit a couple of times a year. There are numerous koryu instructors of various arts throughout Australia, but generally not a great deal of contact between the different schools. 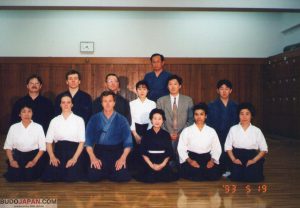 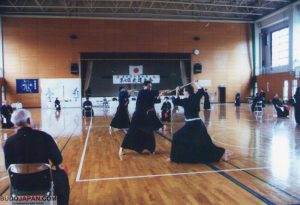 Not as a group.  We used to go to both Japan and China when my teachers were alive but, as most of them have now passed on, I generally visit senior foreign practitioners in Australia, the United States and Europe.  When I visit Japan, I usually visit the Zoshukan to pay my respects, but most of the people with whom I trained have either moved on or passed on and they focus more on the Setei gata now as opposed to the koryu. I also attended the Nakano dojo of the Toda-ha Buko-ryu every few years until Nitta sensei’s passing, but I regularly attend the Melbourne dojo of Liam Keeley sensei to teach jo and improve my naginata. 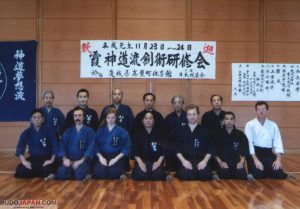 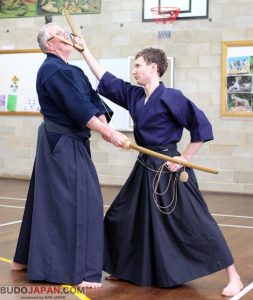 As an instructor, it is finding and keeping students who have a real affinity for koryu.  Unfortunately, many people will not commit the time and energy required to achieve a high level of proficiency if they can’t see an immediate benefit in terms of self-defense. Similarly, in a practice setting, most of my practice of advanced kata is done solo until I find someone committed enough to be able to train with me on both sides of the weapon (shidachi and uchidachi) but even then, I have lost senior students to other activities. Another major problem is procuring weapons of a sufficiently high standard in Australia: we often have to purchase online or wait until we go back to Japan.

Attitude! Many modern Japanese martial arts have a competitive focus and have lost the best part of their combative aspects.  I must include jodo in this category, unfortunately, since it has become enamored with gradings and competitions.  The modern arts are practiced for fitness and health – which is perfectly reasonable for the Japanese worker who is under so much pressure at work and in general society.  The koryu stress the live or die attitude of the samurai –there are no points, he may kill me but I will also end his life! One stresses preparing for the next contest, the other for the next battle –if there is one. 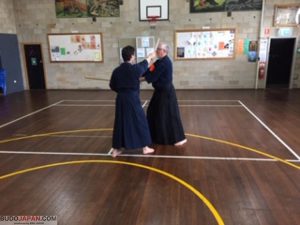 Historically, I would have to say for Shindo Muso-ryu Jodo it would be that the founder, Muso Gonosuke, was able to overcome the legendary Musashi Miyamoto using only a stick.  In Toda-ha Buko-ryu, I think it is the fact that the naginata was originally a battlefield art.

Technically, for me in both arts, it is the variety of weapons.  In Shindo Muso-ryu, alongside the jo, one can become proficient in tanjo jutsu, kusari gama, jutte jutsu, kenjutsu as well as the short keibo.  In Toda-ha Buko-ryu, as well as the naginata, students must be proficient with spear, sword and kusari-gama as well as the specialty of the ryu, the kagitsuki naginata.  In addition to this, one can practice the betsuden with auxiliary weapons. 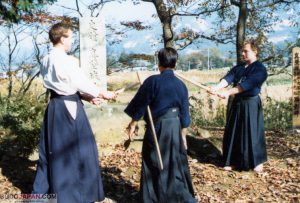 There are so many benefits, I feel, to practising the koryu now and into the future, without even considering health and fitness.  The first and most obvious is that you are committing to a cultural icon –something that has been handed down for centuries. On the other hand, I can vouch for the practical effects of koryu training in the western world.  I worked for many years as a front line police officer and, whilst I used mostly techniques from Aikido and Taijichuan to deal with violent offenders, I have always maintained that it was the zanshin, learnt in koryu arts, which allowed me to safely navigate numerous potentially dangerous situations.  Without this awareness, I may not have been so successful. 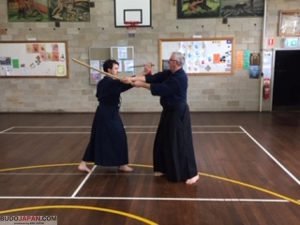 The Japanese community in Adelaide is very small; even on “cultural days” there is only a small number of Japanese in attendance.  In many ways this is our loss –for example there are few genuine teachers of Japanese martial and cultural arts.  As I get older, I often think I would like to study arts related to the martial arts through history, but to find teachers of shodo, tea ceremony, musical instruments, bonsai etc in Adelaide is a rare occurrence.