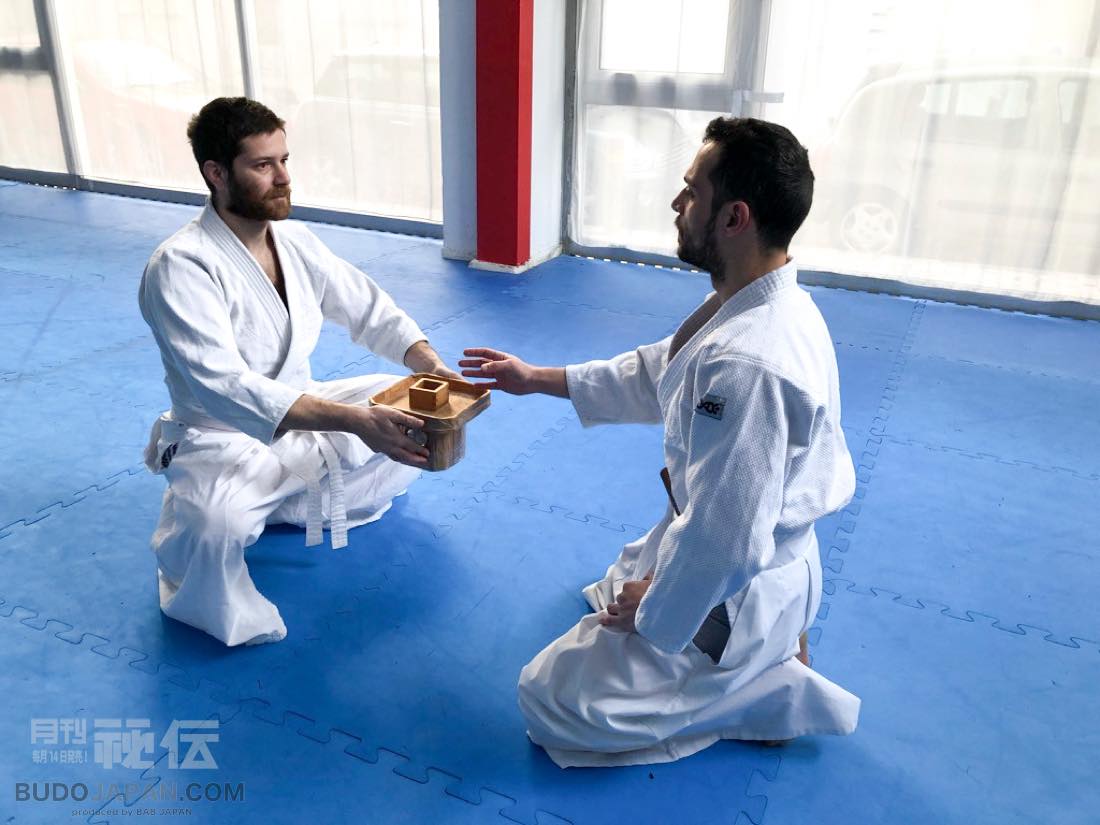 For its 26th installment, the Worldwide Koryu Dojo Report visits Greece after two years to pay a visit to a unique branch of Araki-ryu led by a personal acquaintance, Mr. Thanassis Bantios. Mr. Bantios has been a personal student of renowned American koryu instructor and researcher Ellis Amdur who had been this branch’s heir since the early 1980s. 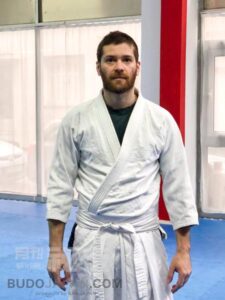 Ellis Amdur visited Greece in 2007, as his book “Dueling with O-Sensei” was translated to Greek at that time, and he was invited by the publisher. He also gave a two-day seminar, where he demonstrated both Araki-ryu and Toda-ha Buko-ryu and I was immediately hooked on Araki-ryu. Shortly after, a friend of mine contacted Ellis in order to start a study group in Greece. I joined the group, and this was my first contact with Ellis and Araki-ryu. 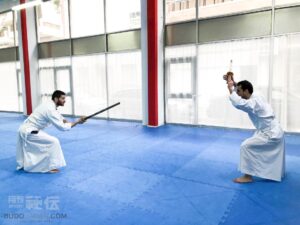 To be honest, I am not so familiar with Greece’s classical martial arts’ scene. My background is mostly in grappling/MMA, where I was an active athlete. Regarding Araki-ryu, we are the only group that practices this art in Greece. With regards to other koryu, there is Toda-ha Buko-ryu, again under the direction of Ellis Amdur, and probably others too, but I just aren’t aware of them.

No, we have never traveled to Japan to practice. From the beginning of the study group, Ellis Amdur, our instructor, made a commitment to travel to Greece twice a year, and spend a number of days with us so we can advance in our training. The only request he had was that we train incessantly. This way of training definitely has drawbacks, as proximity to the instructor is essential in these arts, but for us it went well, I think. The level of commitment we had definitely helped. Just for context, Ellis Amdur spent 13 years in Japan and had direct teaching from his instructor, who holds the Zekkoku Menkyo license in Araki-ryu. 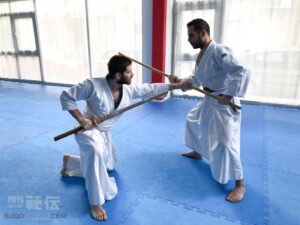 I will speak about my experience, and the way I practiced and I would say that the most difficult thing is totally opening yourself up, allowing yourself to be immersed into the tradition and let the tradition influence you down to the core of your existence. Letting your ego behind and be influenced was really a struggle for me, but it is a vital component of the learning procedure. Furthermore, the tradition is always manifested in the person of your teacher, who is a human being with strengths and flaws –like all of us. 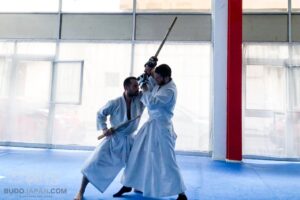 Araki-ryu is a school of survival. The mindset and body mechanics one develops aim towards survival in the worst of circumstances. In terms of combative behavior, Araki-ryu is a close-quarters system, with a heavy emphasis on very close combat. You can think of Araki-ryu as grappling with weapons, both standing and on the ground. A grappler with an interest in weaponry would find himself at home.

Another characteristic of Araki-ryu that I consider special is the way it is passed down. Araki-ryu never had a central soke system. Upon receiving Zekkoku Menkyo (the highest level teaching of the school), one is encouraged to go his own way. Several people may attain this level within a certain generation, thus ensuring the continuation of the school. 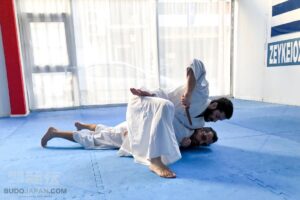 I work as a CTO of a big tech corporation in Greece. I lead a team of almost 200 people, in a very competitive environment that resembles war (business is war, sometimes). My job is very demanding, both in terms of pressure but also regarding the decisions I have to make every day. I would say that Araki-ryu is fundamental to the way I practice my work, and has contributed immensely to my skill set. The way I view it, Araki-ryu is very relevant in today’s world. It is a classical art, but its teachings are universal. 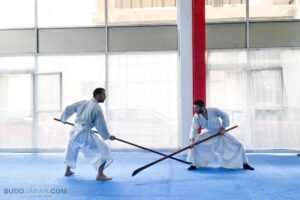 Probably there is, but I am not aware of it, and I have no connections to it. 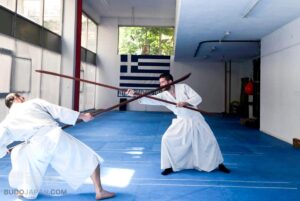