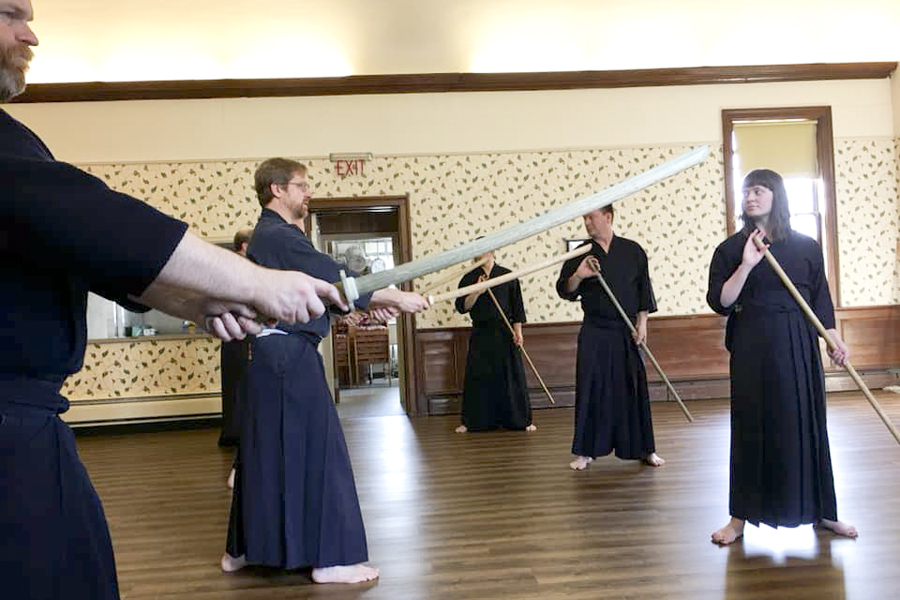 The 25th installment of the Worldwide Koryu Dojo Report has a special significance for me: the instructor of the Michigan Koryu Kenkyukai/Aozora Dojo, Peter Boylan, besides being a very knowledgeable martial artist with over 35 years of experience in modern and classical martial arts and one of the few non-Japanese caretakers of a classical tradition, is also a very dear friend. 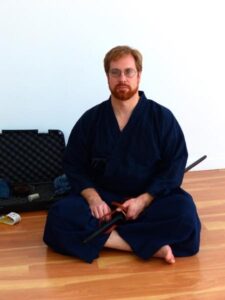 I was living in Shiga, and my friend Nakagawa Taizoh, a traditional swordsmith, got interested me in learning about shinken. I thought that to truly appreciate nihonto, I had to understand how they are used. This led me to a local iaido dojo where I started ZNKR iai and Muso Jikiden Eishin Ryu. While visiting another dojo, I saw one of the teachers using a short stick, and I was hooked on Shinto Muso Ryu as well. 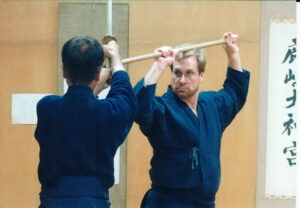 Shinto Muso Ryu is relatively common for a koryu art, with many big cities having a dojo. ZNKR iai is fairly common on the coasts, but sparse in between. Shinto Hatakage Ryu is almost unknown. There are my students in Michigan, and Deborah Klens-Bigman in New York. Other koryu arts are more available than people imagine. There are lots of MJER and MSR dojos around the country, there are several lines of SMR represented, and there are many arts that only have a few dojos, like in Japan. 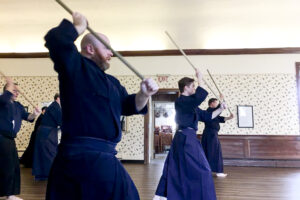 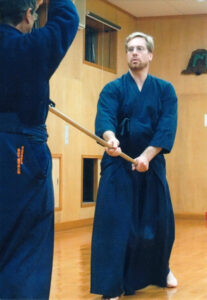 I try to travel to Japan at least once a year to train, and I have taken people there. COVID-19 has been torture, not being able to see my teachers. As soon as it’s safe to travel, I’ll start planning a trip with as many of my students as can make it. I feel that the training in Japan is impossible to duplicate because you can’t duplicate the depth of experience in the dojos. Kiyama Sensei’s dojo had a median rank of 6 dan when I was training there!

Even in Japan it can be difficult to find people interested in studying koryu. It’s even harder outside Japan I feel. Most people look at classical arts as curiosities. Even for students of modern martial arts, the koryu don’t seem relevant to many people. The hardest part is finding good training partners. The internet has made that a lot less challenging. I don’t think you can really train koryu without a partner. Even most iai systems include kenjutsu. Without a good partner it’s impossible to really understand a koryu. 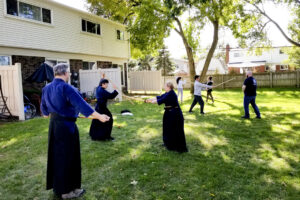 The spirit of practice. You can practice gendai budo as a sport or budo. Koryu are never sports. They are about life and death, and there is never room for forgetting this. When I make a mistake in judo, I lose. When I make a mistake in a koryu, I die. This changes the feeling and intent of everything we do in the dojo. We still laugh at ourselves, but there is a feeling, a spirit, in keiko that is often missing in gendai dojos. 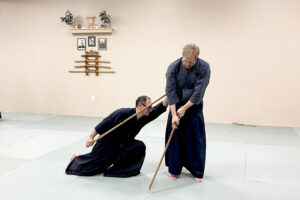 Most readers are at least familiar with Shinto Muso Ryu and its aggressive entering spirit. Shinto Hatakage Ryu is rare. For an iai system there are a large number of kata with kiriage cuts, and an more emphasis on kesagiri than in better known iai styles. The cuts are powerful rather than elegant, with the hands together on the tsuka. SHR also assumes that you are wearing a daisho, so you have to make adjustments for the kodachi when drawing and doing noto. 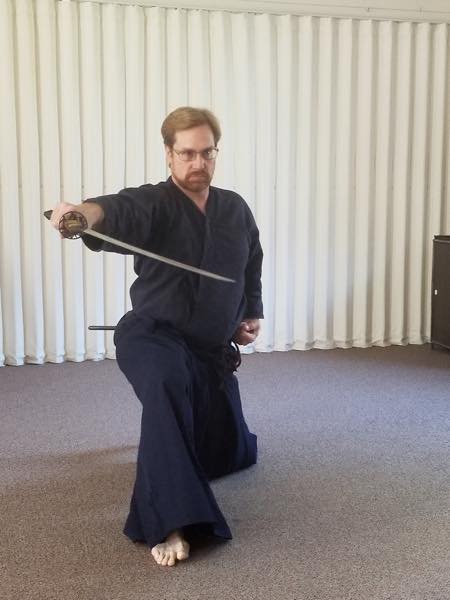 Koryu are rich with things to study and learn that have never stopped applying to life. Being calm under stress never goes out of style, and there isn’t much more stressful than people trying to kill you, Koryu budo is one of the best ways to develop fudoshin. You learn very quickly what is important to you, and what is just noise. I learned a lot about being dignified from koryu practice, how to behave with dignity, and how to treat others with dignity. The connection to something so much older than yourself can bring a sense of perspective to your daily actions. 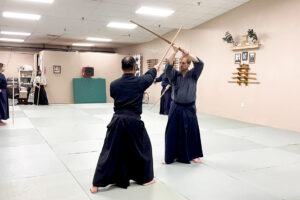 Living in Detroit, the original Motor City, there is a large Japanese community and we try to participate in local Japanese cultural festivals whenever possible. We go to hanami and try to contribute what we can to our region. 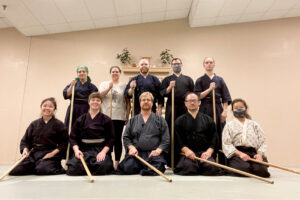