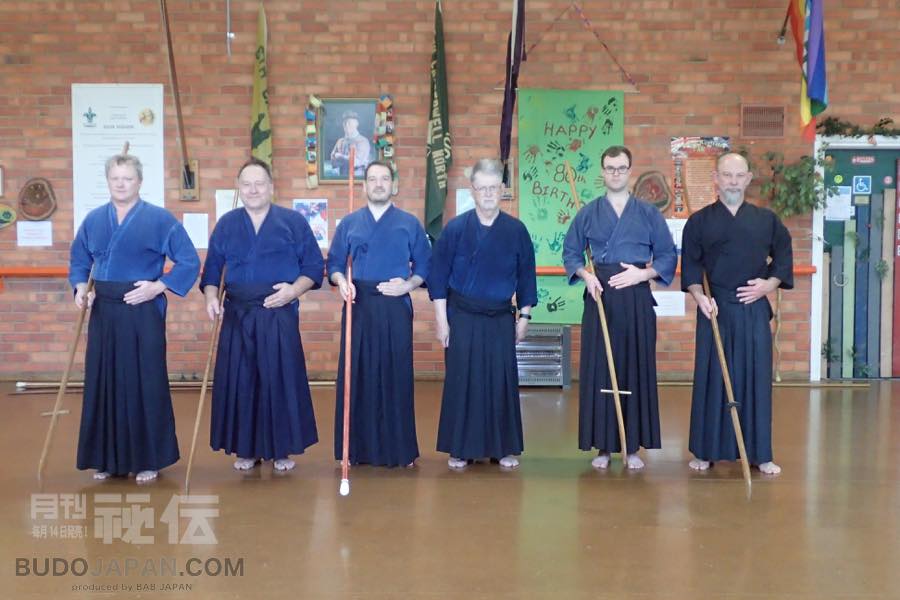 The Worldwide Dojo Report is celebrating its one year with a guest who is special for me: Mr. Liam Keeley of the Melbourne Koryu Kenkyukai is not just a teacher and researcher of martial arts with a surprising breadth and depth of knowledge in the field of combative behavior but also a personal acquaintance that I hold very dear; in essence, a member of my koryu family with whom I have had the opportunity to cross weapons and views several times. 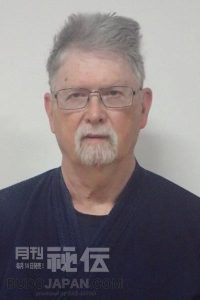 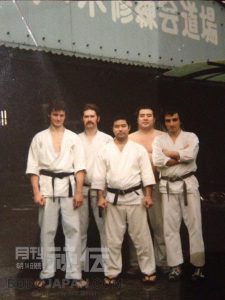 I did Judo from the age of about 11, and got into Goju-ryu karate when I was 16. I first came to Japan in 1974 to further my study of Okinawa Goju-ryu karate, after graduating from University. I trained at Yoyogi Dojo under Higaonna Morio Sensei, and was graded sandan in early 1980. After meeting Donn Draeger I became more and more interested in the koryu and in Hoplology. 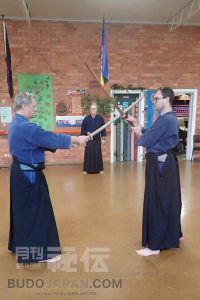 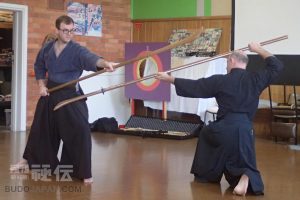 I have returned to Japan on just three occasions since leaving in 2001. Between visiting friends and family in Japan, I’m lucky if I can get in two classes in each of the styles I train and teach. We’ve never been over as a group, though several of the senior students have been over alone or with their families. We’ve discussed this in the past, but everything is on hold now due to the Covid pandemic. Even if International flights were to resume, and assuming we have a reliable vaccine so quarantine was not an issue, there is the problem that most koryu are small and not really set up to handle a large number of students arriving from overseas. 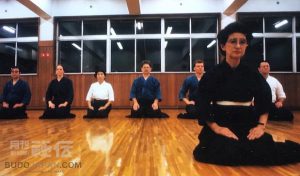 First is the difficulty in finding qualified and authorized instructors. Having found and been accepted by a legitimate instructor, it can be difficult for the student to find the time to get to what I think is an acceptable standard, given the strains of holding down a job, paying off their mortgage, and keeping their spouse and family happy. It is difficult to justify the time, money, and energy spent on what is essentially a hobby with little or no practical value nowadays. It’s hard to even justify it in terms of “self-defense,” given that most of us live in pretty safe societies in which the chance of being attacked is extremely low. 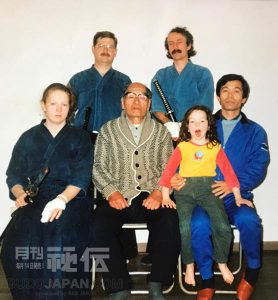 Koryu tends to be on what I think is a more human scale whereas modern budo such as judo or kendo have thousands of practitioners controlled by bureaucrats. In a koryu, most people know each other as individuals, whereas the big budo (karate, judo, kendo etc.) tend to be rather impersonal. A distinction is often drawn between modern budo and the koryu over sporting competition. Supposedly, koryu are devoid of sporting elements, while modern budo is dominated by them. However, there are all sorts of exceptions. For example, most styles of aikido (with the exception of Tomiki-ryu) don’t have competition, while some of the koryu do have various kinds of free practice.

From an historical point of view, Tatsumi-ryu has interesting links with the Battotai, the Sword Training Unit of the Tokyo Metropolitan Police in the early Meiji period. Technically speaking, it has some unique characteristics, including a distinctive draw.

In terms of history, Toda-ha Buko-ryu naginatajutsu was involved in the “gekken” contests which helped keep alive public interest in the martial arts. On the technical side, it is centered on a rare weapon, the kagitsuki-naginata (cross-bar glaive), and is one of the few remaining styles which uses and regularly demonstrates it. 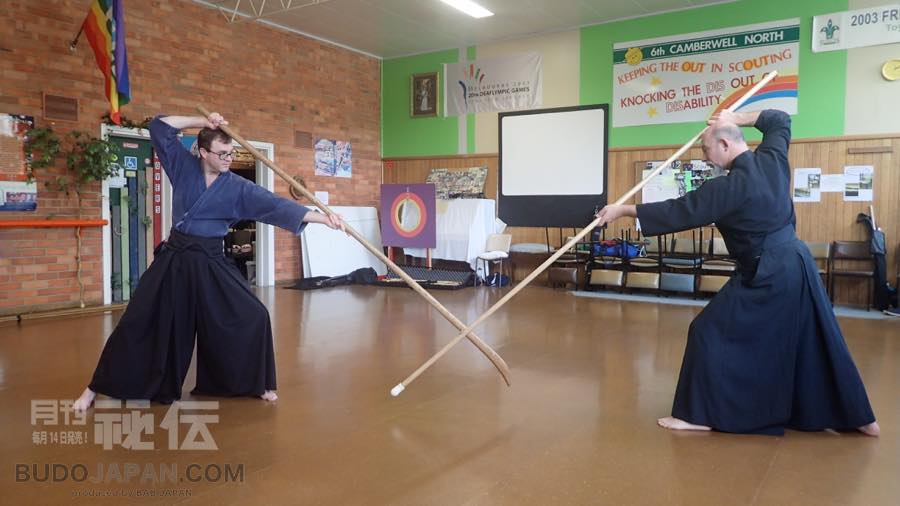 What makes the Japanese arts unique is that the conservative nature of the society with its reverence for tradition has helped keep these arts alive, and this has been enhanced by the Japanese commitment to excellence and propensity for attention to detail. There were all kinds of fighting arts all over the world which flourished for a time, but direct person to person transmission has been lost.

For someone who isn’t Japanese, the benefits of an unbroken line of transmission outweigh the disadvantages of struggling with a foreign language and culture. We should be grateful to the Japanese for preserving the arts. Some have argued that the koryu can only be truly appreciated by ethnic Japanese. I don’t think this is a valid argument, as witnessed by the number of Japanese who perform classical music at the highest levels. We are all human. 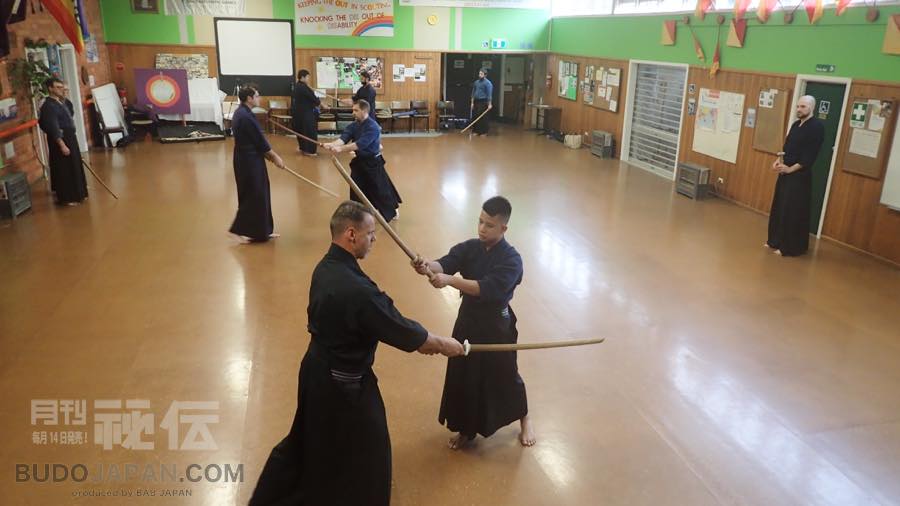 Yes, but it’s relatively small, and not all intend to stay permanently in Australia. The biggest event in the  Melbourne Japanese community’s annual calendar is the May Japan Festival in Box Hill, Whitehorse. The Festival offers a wide range of cultural activities, such as Calligraphy, Bonsai, Ikebana, Japanese Music, Traditional dance, Cosplay, and Kimono Competitions. Occasionally there are demonstrations of modern Budo such as Karate or Aikido, but there appears to be little or no interest in either them or the koryu. We have demonstrated at the festival for over a dozen times over the past twenty years but never got a single student as a result. 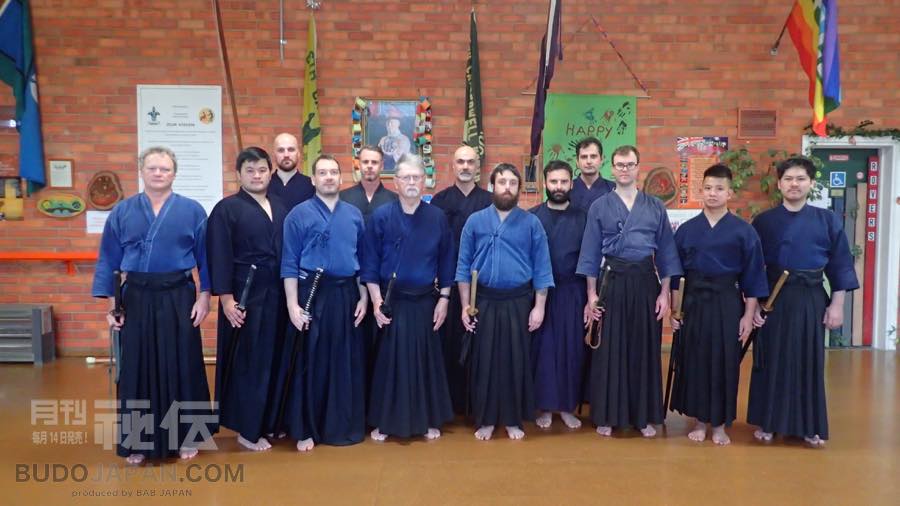