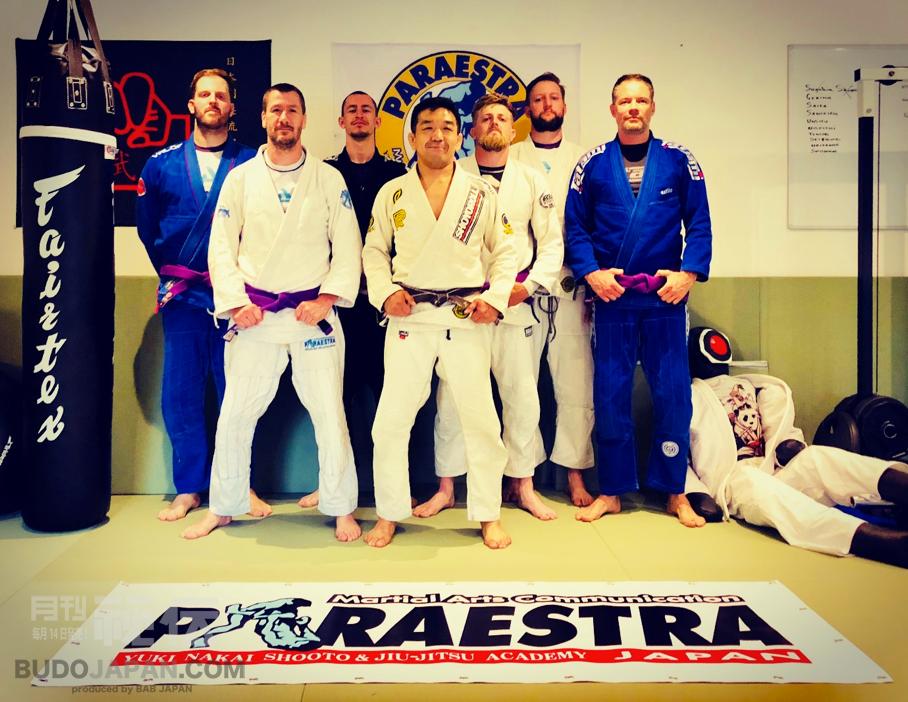 Yuki Nakai is a legend within the global martial arts community and following his first visit to the United Kingdom in 2017 with his friend and student Daniel Tennent, he was invited back in 2018 to open 3 branches of his martial arts school Paraestra.

Paraestra UK is headed up by Jeff Lawson from Bournemouth, Dorset in the South of England and is an experienced Judo, MMA and Brazilian Jiu Jitsu competitor and teacher. Daniel Tennent introduced Yuki Nakai to Jeff Lawson as he felt that the similar experience in martial arts between Nakai sensei and Lawson sensei would be a good match and it certainly was with both teachers quickly becoming friends and understanding each other’s way of thinking. 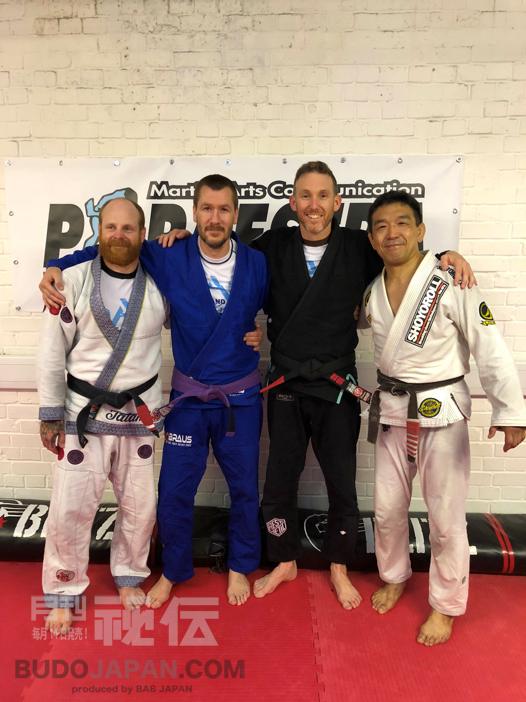 Above: Right to Left Yuki Nakai, Kevin Hall, Daniel Tennent and Jeff Lawson at the Basingstoke School of Martial Arts

Kevin Hall from Basingstoke, Hampshire also in the South of England, who studies under Jeff Lawson and who also holds a black belt in Taekwondo has also joined the Paraestra group and he and his students in Basingstoke were all very excited to join the growing Paraestra organisation and to have access to Yuki Nakai Sensei teachings and experience.

Daniel Tennent who studies Nihon Goju Ryu Karate Do and Tanigawa Ha Sansen Ichikai Bu Jitsu is no stranger to Japan having visited 3 or 4 times each year for the last 32 years to study with his teachers. He was introduced to Yuki Nakai Sensei so that he could better understand aspects of his Nihon Goju Ryu Karate Do and has studied with Nakai Sensei diligently ever since. Daniel Tennent commented that he was very pleased to help with the introduction of Yuki Nakai Sensei to the United Kingdom and hopes that the Japanese martial spirit and culture will also spread along with the Paraestra teachings.

During the visit Yuki Nakai Sensei visited 5 dojo and taught the techniques essential to all Paraestra students and explained the principles found within the techniques so that they could add this to their way of studying daily.

The reception from all students was excellent with everyone looking forward to his return later this year so he could share more of his Jiu Jitsu and Culture. 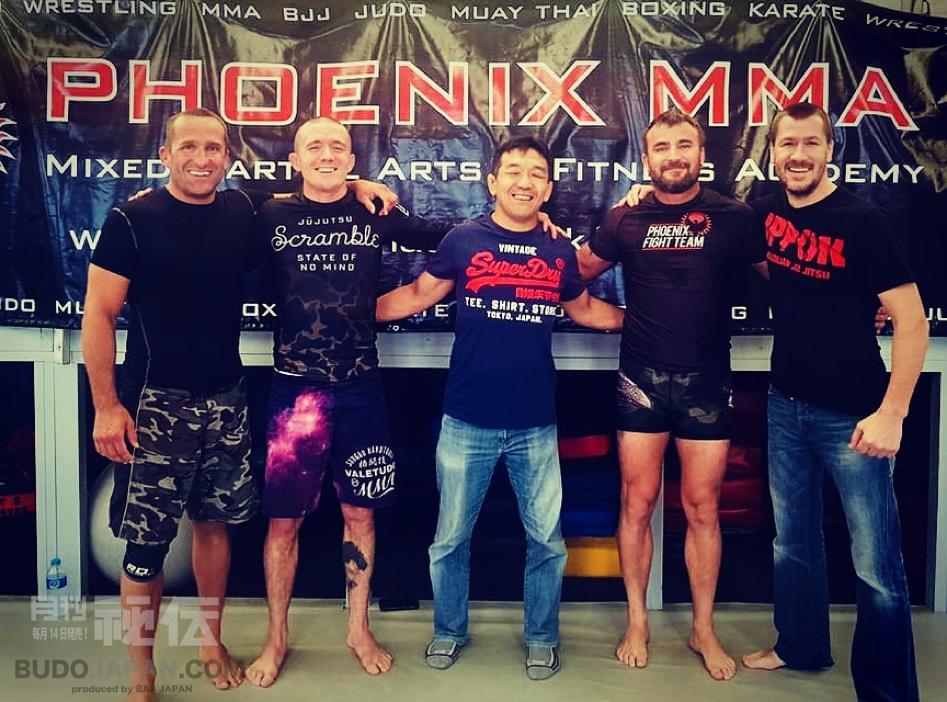 Above: Daniel Tennent had arranged for Yuki Nakai Sensei to visit Phonenix MMA to meet other martial art friends during his trip to the UK. From Right to Left Daniel Tennent, Jimmy Johnstone, Yuki Nakai, Micah Atkinson, Trevor Chamberlain. 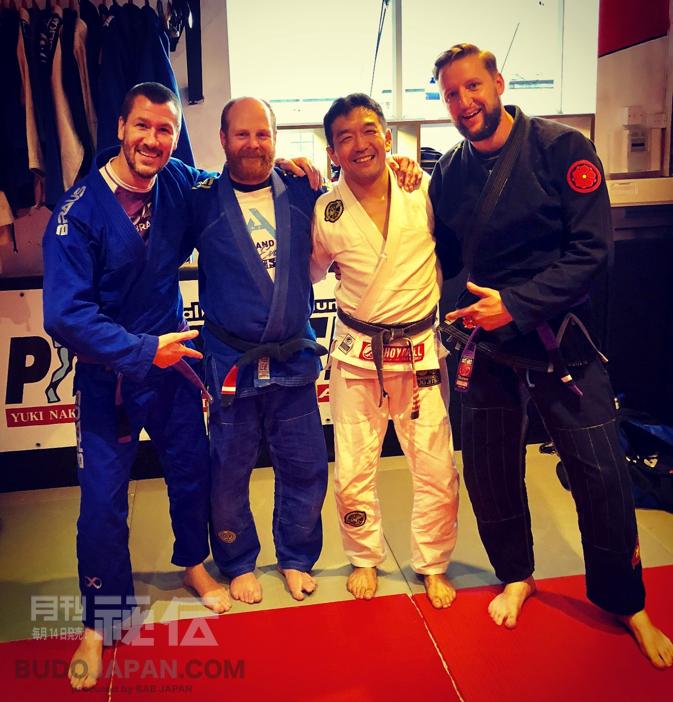 Above: Jeff Lawson received his first stripe from Yuki Nakai Sensei at the Paraestra UK headquarters in Bournemouth, Dorset. 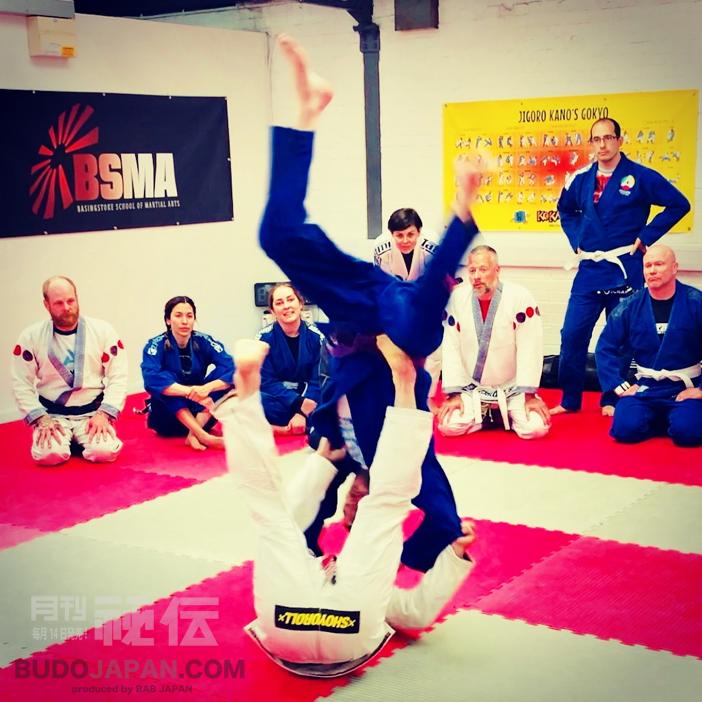 Above: A neglected area of Brazilian Jiu Jitsu is the throws and take downs and here Nakai Sensei is helping Paraestra UK students develop their skill and understanding. 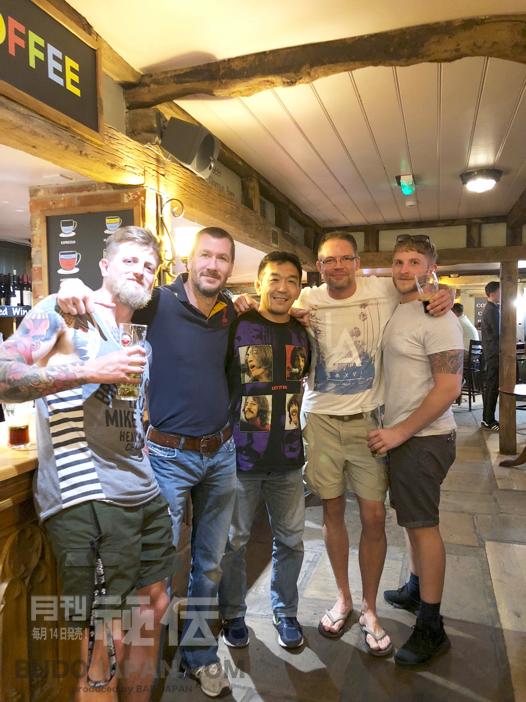 Above, Jiu Jitsu conversation in a traditional English pub after class was excellent. 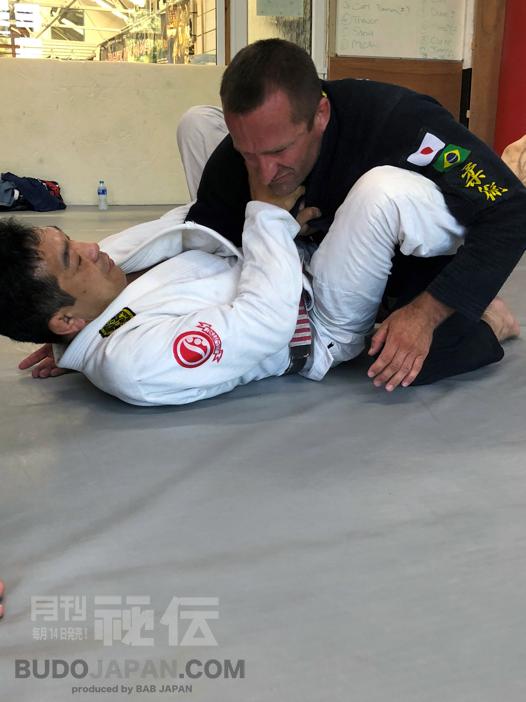 Above: Nakai Sensei explaining the small details of strangle technique on Trevor Chamberlain. 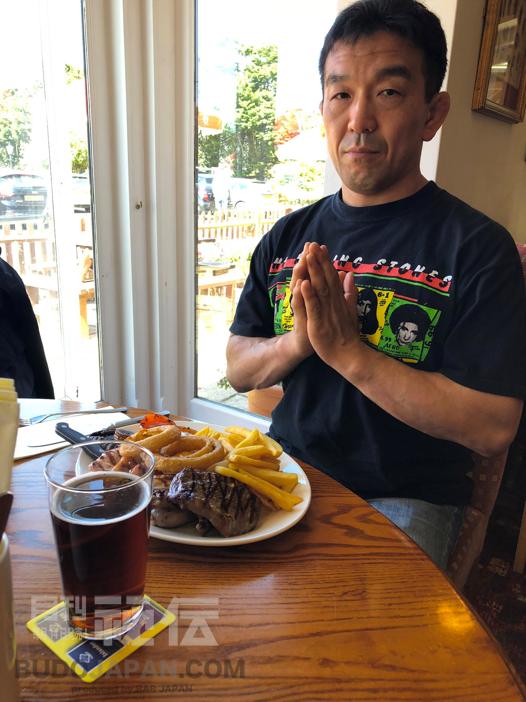 Above: Pub Lunch on the Isle of Wight 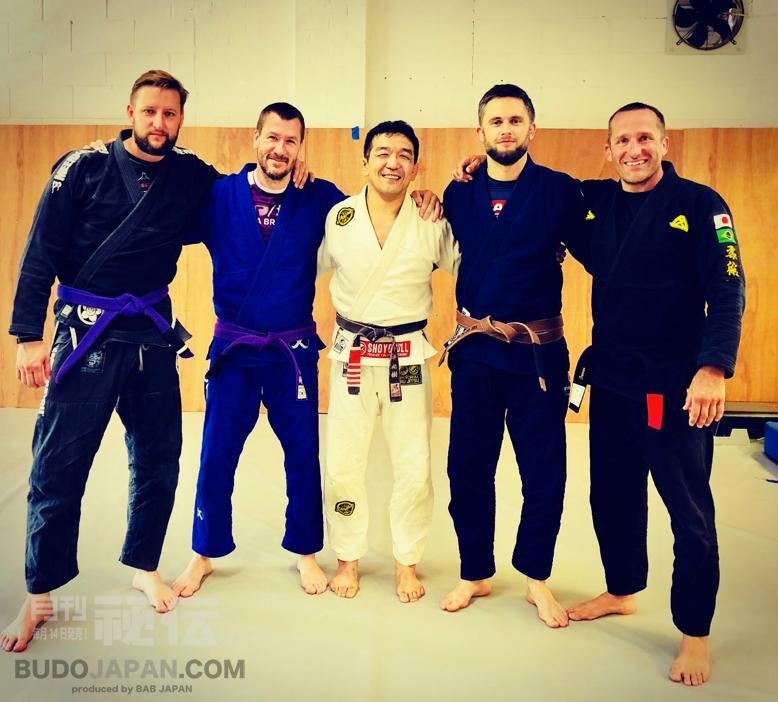 Above: A small private class with Yuki Nakai Sensei 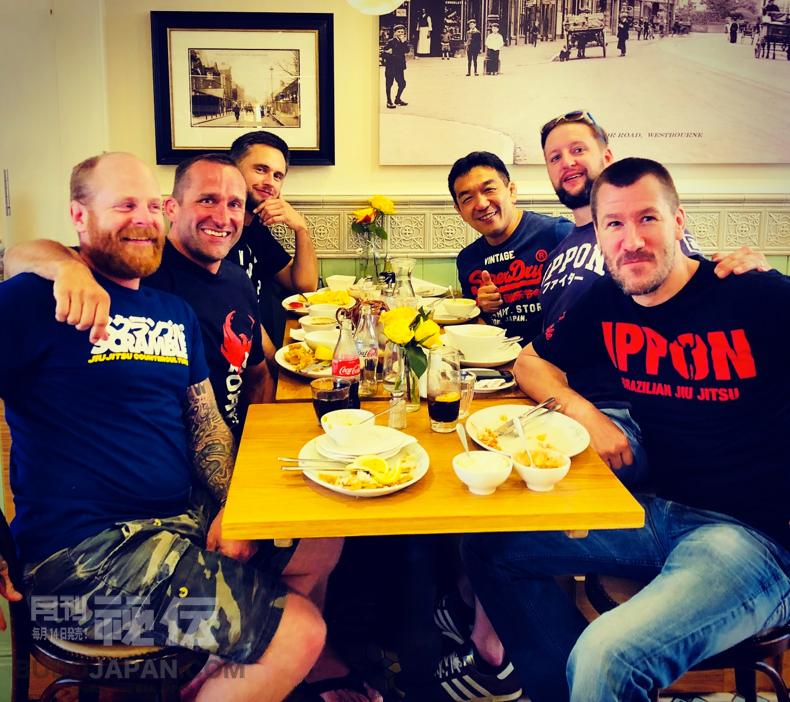 Above: Traditional English Fish and Chips meal in Bournemouth.