In the past, many masters of the Martial Arts have also excelled in Calligraphy. The spirit of one art conveys to the other, leading to the fascinating phenomenon of the Master of Sword and Letters. With a 10th-dan in Shodo and an 8th-dan in Aikido, in the 5th article of this series William Reed continues to explore the spirit of the Masters of the Martial Arts through their Calligraphy. Here the Western Samurai explores the charisma and character of Sakamoto Ryōma, the Renaissance Samurai “Dragon Horse” who paved the way for Japan in the turbulent Bakumatsu Period, the end of the Age of the Samurai, into the Modern Period.

A wise and rebellious leader in turbulent times 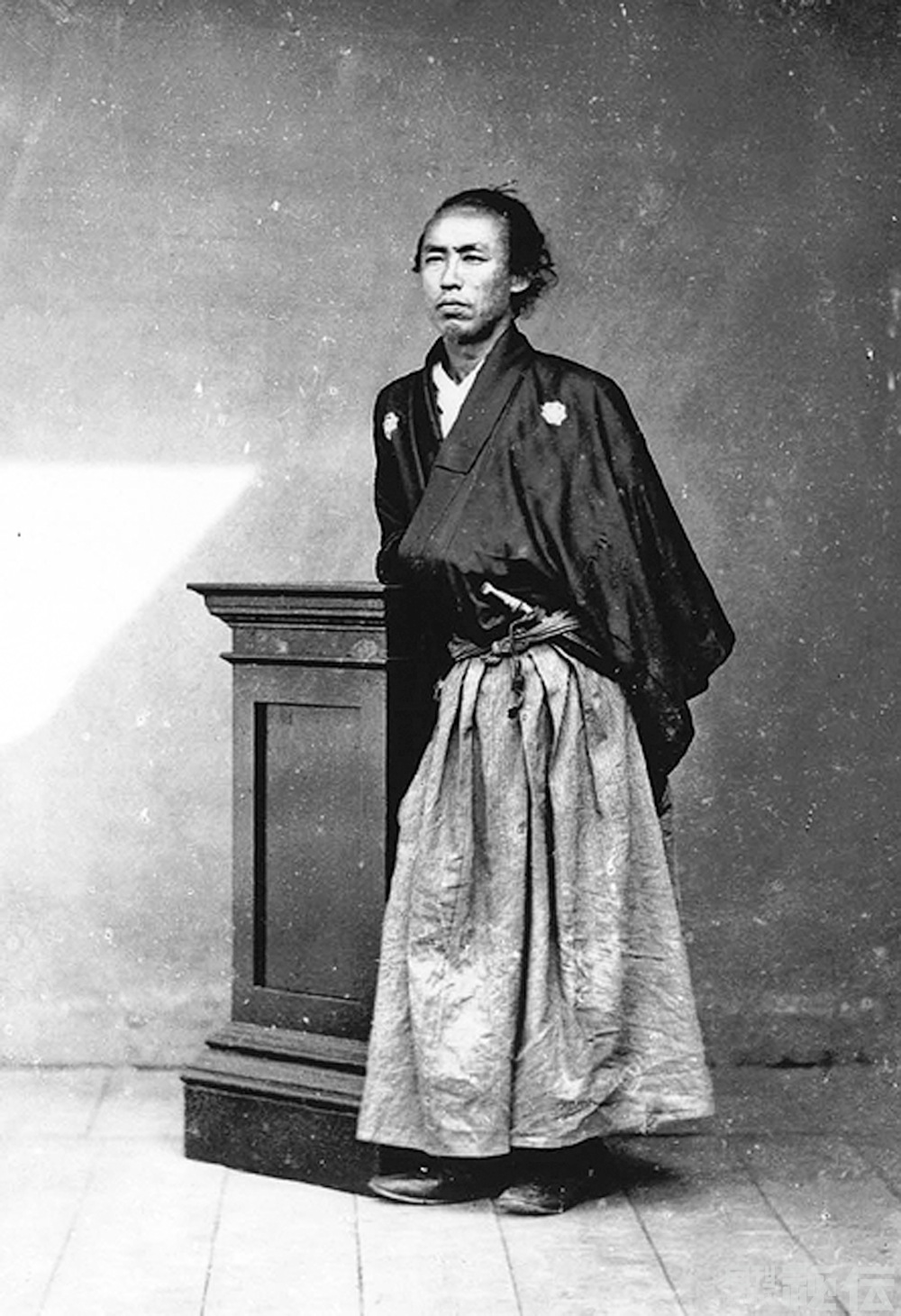 Sakamoto Ryōma was a Samurai with an irresistibly charismatic character. Completely beyond conventional boundaries, he moved freely across them. He regularly dared to take thoughts and actions that were inconceivable to others. Regardless of how elevated his counterpart, he never cowered or crawled. He could recognize and learn from a great teacher, regardless of their affiliation. He had the power to draw others into his plans. He was a peerless negotiator, who refused to recognize or create boundaries. He was free of the attachments and conventions of his time. He had a broad vision, and a fondness for the new, with an exceptional sense of balance. Throughout his life he was attracted to strong women. He had character and personality, and at the same time was a master swordsman. To those who know of him many of these qualities come immediately to mind.

What is it about Sakamoto Ryōma that has such an appeal for people today? Let’s take a brief look at his life. He was born as a lower class Samurai in the Tosa Clan in what is now Kōchi Prefecture, into the house of a “country samurai.” Nevertheless, his family were well to do merchants, so financially he lived comparatively well as a man of means. At the age of 18 he left home for Edo to pursue education and enjoyment as a Samurai. He entered the Hokushin Ittōryu School of Swordsmanship studying under Master Chiba Shūsaku. In that same year Admiral Perry’s infamous Black Ships entered Uraga Harbor, and Ryōma witnessed this historic event in person. Later he was pardoned after twice committing the crime of leaving the Tosa Clan to become a masterless Samurai. He won the favour of elite Samurai such as Matsudaira Shungaku Daimyō of Echizen, Katsu Kaishū of the Tokugawa Shogunate, and Saigo Takamori of Satsuma. He played a leading role in the Kobe Naval Training Academy, and after it was closed down by the Tokugawa government, he formed the Kameyama Shachū Corporation, which evolved into the Kaientai, Japan’s first trading and shipping company, in effect Ryōma’s own private Navy.

Amidst all of this he served to mediate an alliance between the bitter enemy Clans of Satsuma and Chōshū, forming the historic Sachō Alliance (Sachō Dōmei). He wrote the “Eight Proposals While Shipboard” (Senchū Hassaku), which formed the basis for the transfer of power from the Shogunate to the Emperor (Taisei Hōkan). Ryōma moved freely and with great influence in the turbulent period leading to the Meji Restoration. At the age of 28, he became a student of Katsu Kaishū. And all of this in a short period of five years.

Ryōma’s Signature with thumbprint in blood, pledging secrecy regarding the teachings of the Takashima Ryū School of Western Artillery and Marksmanship.

Ryōma had wanted to reform Japan, and to spread his wings overseas, when his life was cut short by assassins who opposed the new world which Ryōma helped create, but never witnessed. He died in the winter of his 33rd year. Even a brief overview of his short life provides a breathtaking panorama of the period.

What can we learn of Ryōma’s character from the two characters 龍馬 in which he signed his name? This signature was applied to a Special document to the Takashima Ryū School of Western Artillery and Marksmanship in September of 1859. It is a pledge to secrecy on what he was to learn, before Buddha and the Kami of Shinto, stamped in blood with his own thumbprint. Ryōma was 24 at the time, and full of sanguine spirit. It was just 8 years before his life would be cut short by assassins. Also his signature shown here differs somewhat from the chameleon dragon-like writing in letters he wrote shortly before his death, nevertheless it reveals distinctive aspects of his character.

Both characters in his name end with a strong hane or leaping stroke. This is characteristic of people who have a strong sense of responsibility, and an ability to overcome great difficulties or resistance. There is a palpable sense of the strength of his will, his power of persistence.

Ryōma was an exceptional negotiator, mediating an alliance between the bitter enemies of the Satsuma and Chōshū Clans, and navigating a massive lawsuit for compensation payments to the Kishū Clan after a naval accident involving his own Iroha Maru Ship. Persistence and perseverance to overcome great difficulties was present in his handwriting from an early age.

His stroke beginnings also reveal a feature of his character, particularly in the final stroke of the second character for horse 馬 in which he connects four dots into a powerful line. This line he begins with a twists and seals his elegant cursive signature with a vibrant underscore. This was a man who would keep his promise.

Even though this is a signature to a formal contract, there is no sense of stiffness, but instead a serene and elegant rhythm. You sense in his signature a man of superb upbringing.

The third fourth and fifth strokes of the second character for horse 馬 are written in a beautiful cursive script, freely crossings boundaries with and finding its own way flexibility and imagination, offering. These strokes do not seal off the interior of the character, a glimpse of a character of inner depth. The fluid balance in the first character for dragon 龍 is itself reminiscent of the movements of a Dragon, and also is a sign of Ryōma’s great physical finesse. In this movement you can sense his skill and prowess with the Sword.

After this Ryōma carried out bold deeds that brought about big changes in Japan and the world. These changes required  bold action, imagination and sensitive diplomacy. Ryōma alternated between  boldness and sensitivity as he wove in and out of the difficult circumstances of his time.

After the incident with the Irohamaru Ship of the Kaientai Navy, for a time Ryōma resided in Shimonoseki, anticipating difficult negotiations with the Kishū Clan, which was connected hereditarily to the Tokugawa government. During this time he wrote a letter making arrangements to take care of his wife O-Ryō in the event that anything should happen to him. His handwriting by this time showed many changes compared to his signature and blood oath taken at the age of 24. Space limits us here to go into these changes in more depth, but you can learn more about Ryōma’s amazing life by visiting the website of the Kōchi Prefecture Sakamoto Ryoma Memorial Museum at https://www.ryoma-kinenkan.jp/country/en/

While it is difficult to make direct comparisons between the Ryōma’s time in the Bakumatsu period and the present, one cannot help but wonder what Ryōma would make of our changed world if he could see it today. 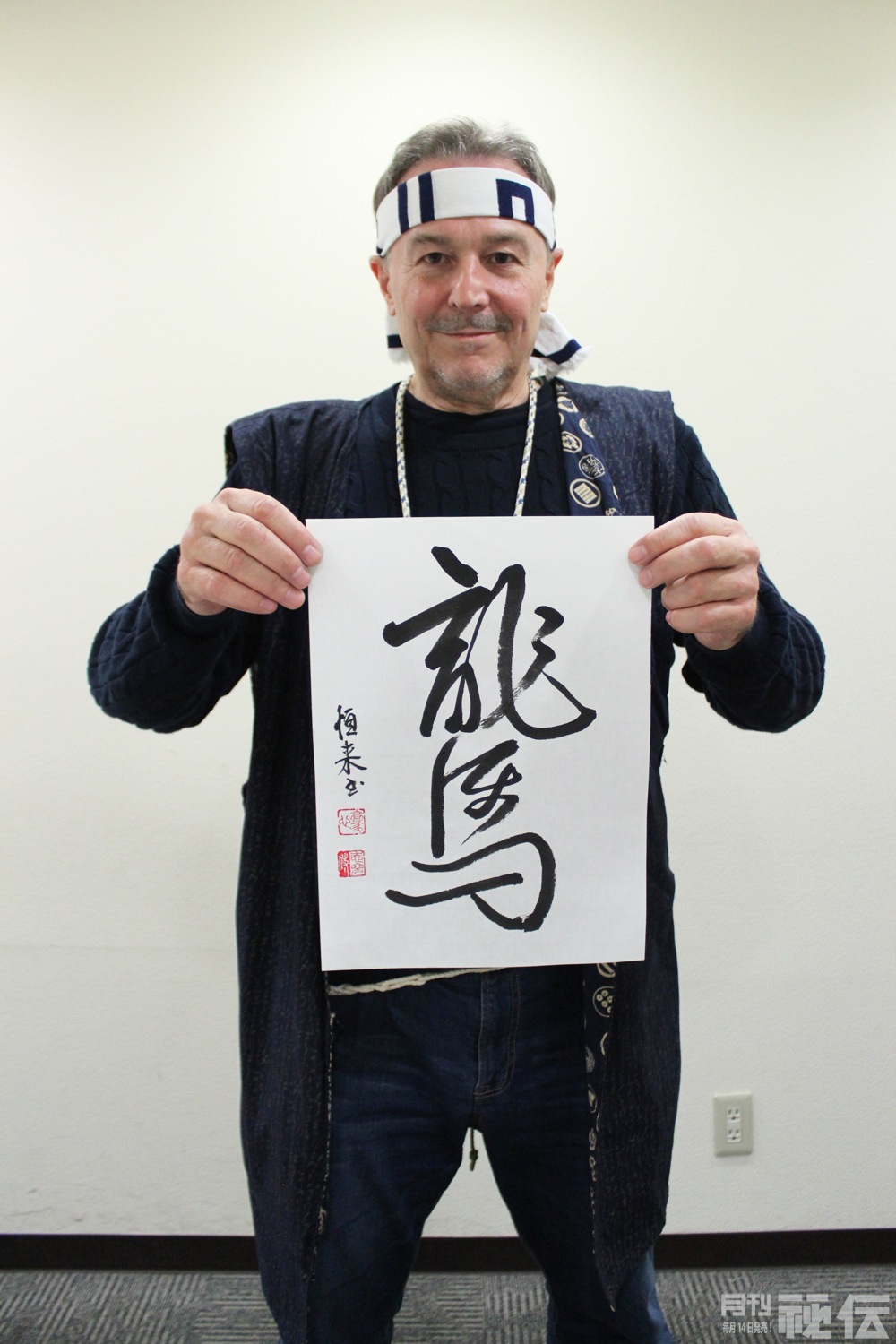